Catch up on all the fun Dishoom actors, Varun Dhawan, Jacqueline Fernandez and John Abraham had on The Kapil Sharma Show here.

John Abraham and Varun Dhawan’s Dishoom is all set to hit the silver screens on July 29 and the team is busy promoting the film. They have left no stones unturned to keep the movie in buzz. Right from going to event to making appearance at TV shows, Varun, John and Jacqueline are doing it all. Recently, they were spotted having a blast at The Kapil Sharma Show! (ALSO READ: OMG! Kapil Sharma will be singing for living legend A R Rahman) Also Read - Kapil Sharma Responds to Mukesh Khanna’s Statement Calling His Comedy Show ‘Vulgar’ 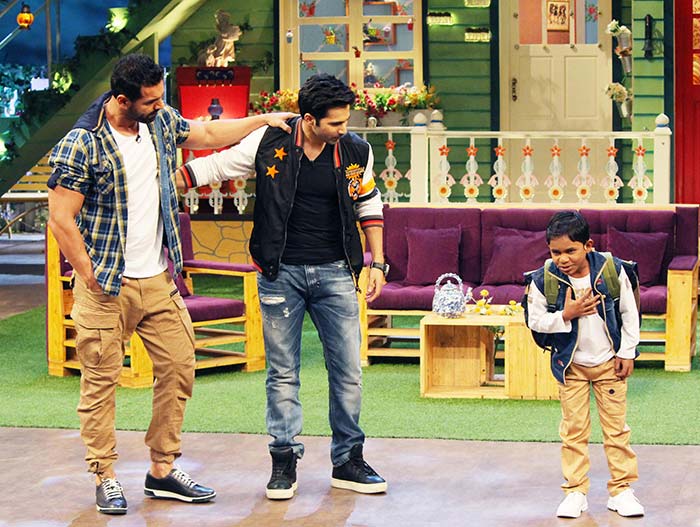 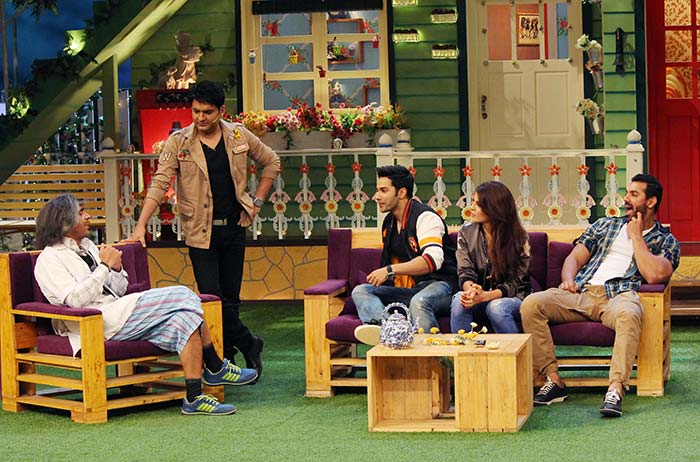 The trio was seen chilling around with Kapil Sharma and his team. It was Varun and John who made a first entry on the show and Jacqueline Fernandez came in later. They had a riot of laughter with Kapil’s extra-ordinary family. (ALSO READ: Dishoom song Jaaneman Aah: Was Parineeti Chopra & Varun Dhawan’s liplock a publicity stunt?) 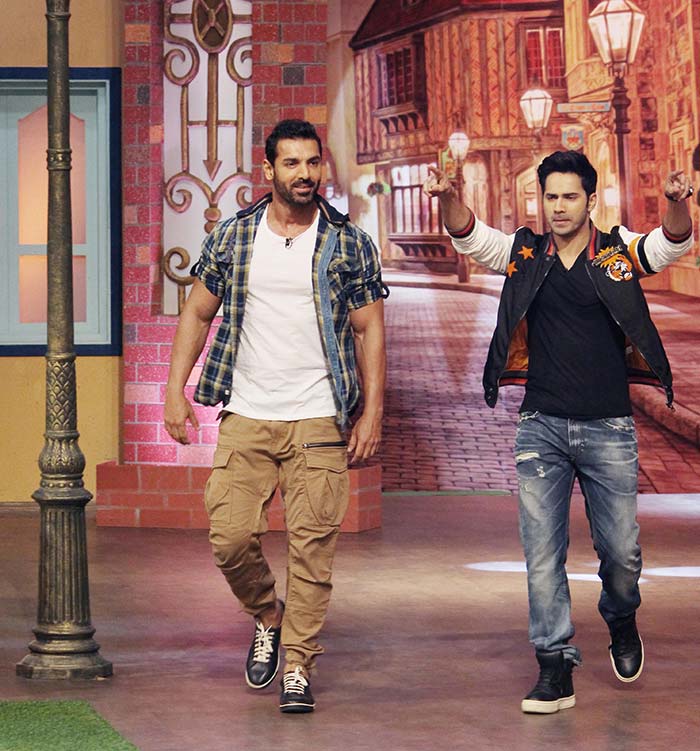 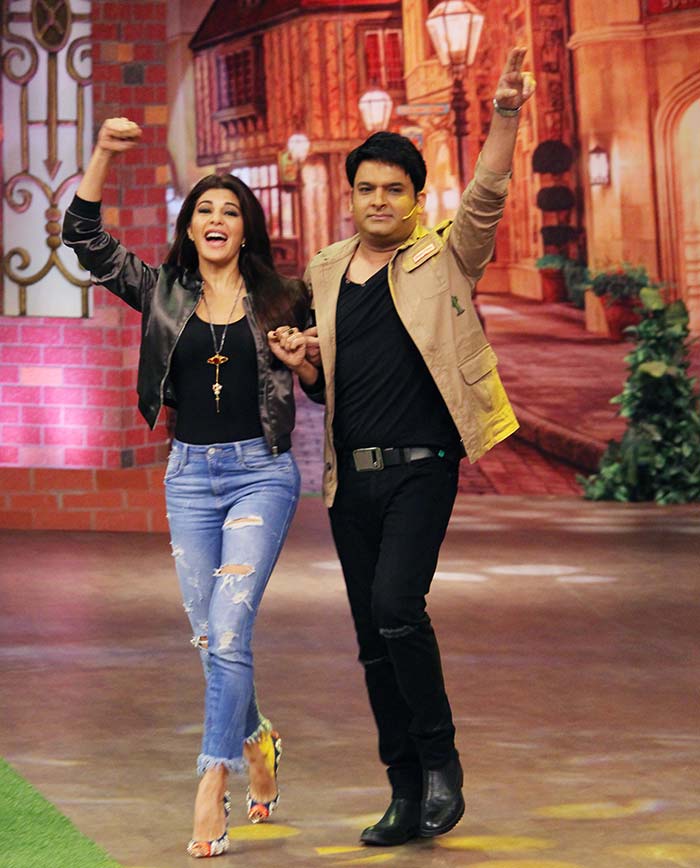 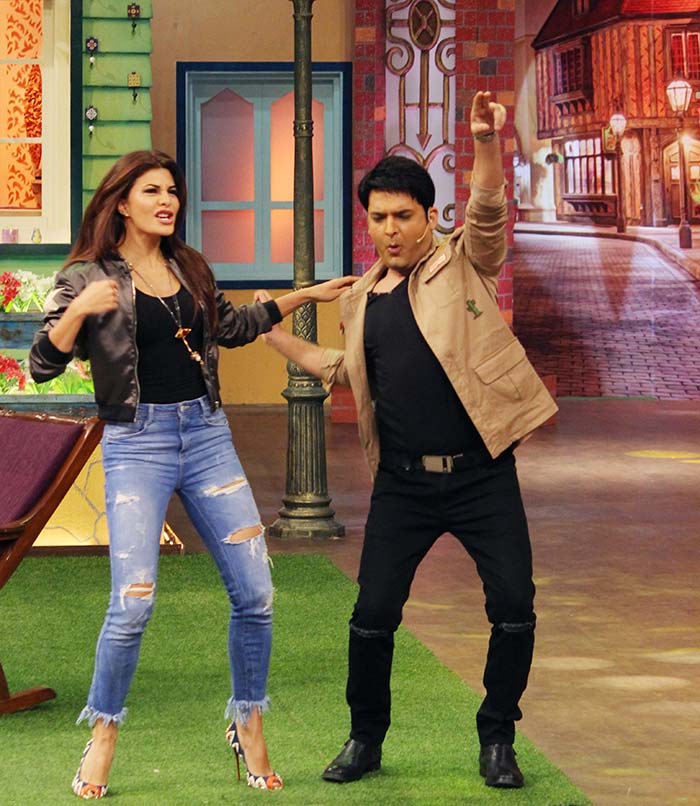 They had a chat session and then they also grooved to the beats of some popular tracks from their upcoming film. (ALSO READ: Varun Dhawan faked confidence during shoot of scary helicopter scene in Dishoom) 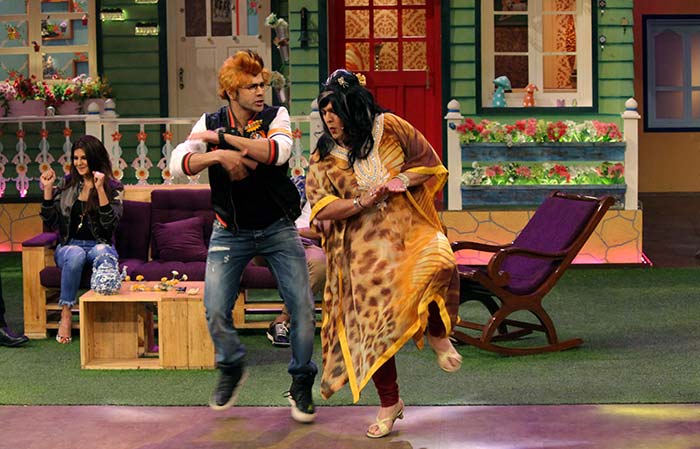 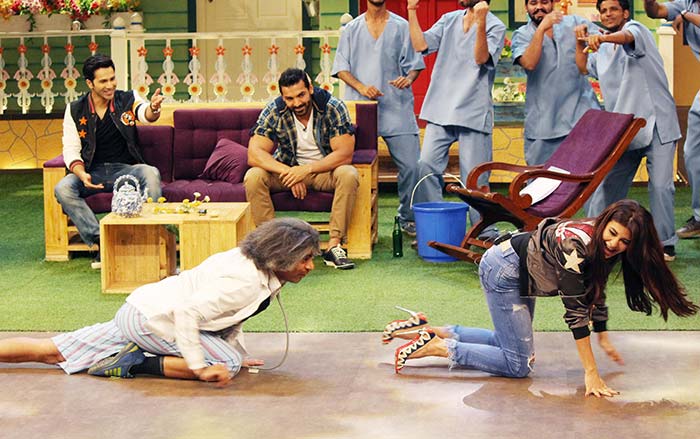 Jacqueline Fernandez was seen posing for pictures with Navjot Siddhu. 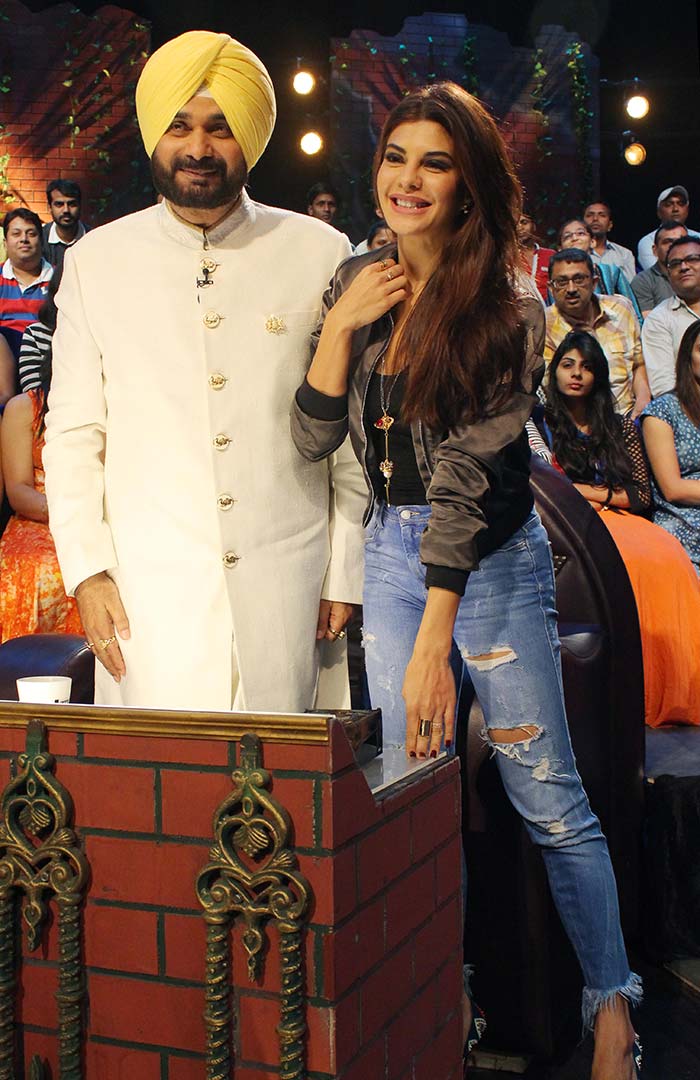 The Dishoom actors were also enjoying with Kapil Sharma’s pet dog, which usually accompanies the comedian on the sets. 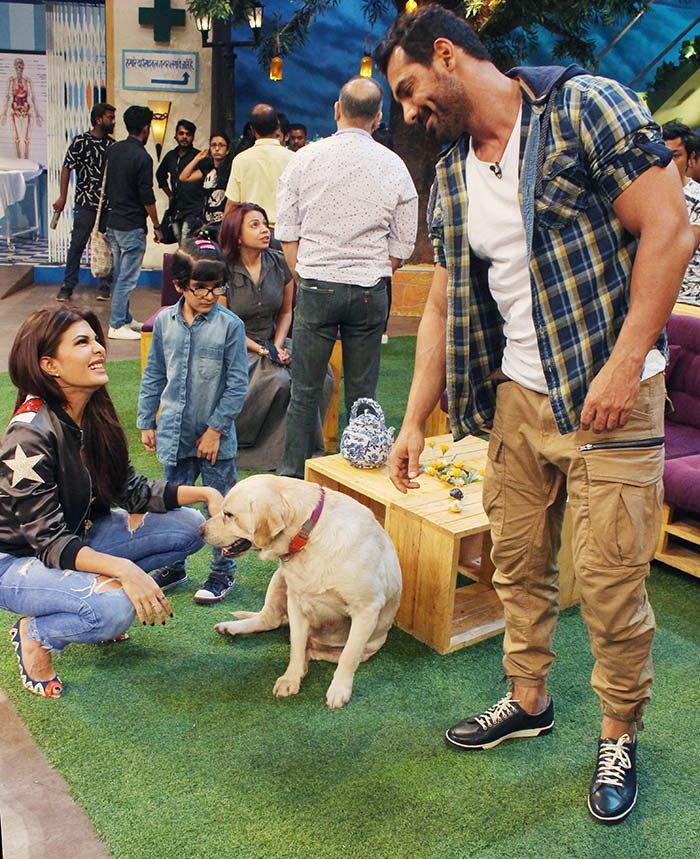 Dishoom, an upcoming action-adventure, is directed by Varun’s brother Rohit Dhawan. The movie also stars Akshaye Khanna is a negative role. The actor is back on screens after a very long time (four years). The plot of Dishoom revolves around a kidnapping of an ace Indian cricketer, ahead of an important match. Varun and John, then set out on a 36-hour hunt of the sportsman.

Watch the trailer of Dishoom here;