Sutapa Sikdar on Sunday shared a picture of lotuses blooming in a field and remembered how Irrfan Khan had nurtured those flowers.

It’s nearly two months, legendary actor Irrfan Khan breathed his last at Mumbai’s Kokilaben Hospital after a two-year-long battle with the neuroendocrine tumor. The actor, who died at the age of 54, is survived by his wife Sutapa Sikdat and children, Babil Khan and Ayan Khan. Sutapa on Sunday shared a picture of lotuses blooming in a field and remembered how he had nurtured those flowers. Sutapa shared a picture of the blooming lotuses on Facebook and reminisced how the Hindi Medium actor had brought them in bottles and planted them in the field.Also Read - KRK Deletes His 'Back For My Vengeance' Tweet, Says 'I've Forgotten Whatever Bad Happened With Me'

“The lotuses remember you, Irrfan, you took so much pain to bring them into life in bottles and create a place for them to bloom here. #rains #naturelove #alluniverseisone,” she wrote in the caption. Also Read - KRK Arrested: Twitter Starts Meme-Fest, Bollywood Fans Say 'Karan Johar is Happiest Today' | Check Funny Tweets 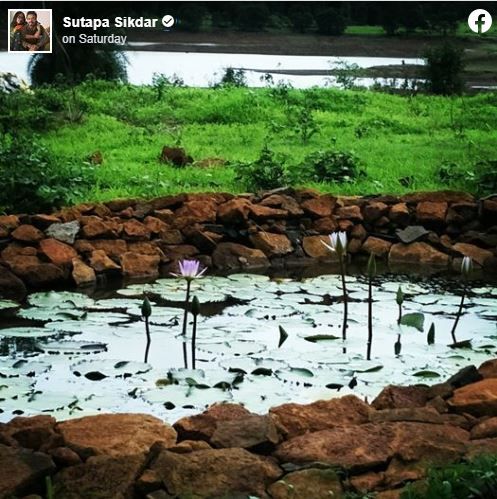 Also Read - Irrfan Khan's Wife Sutapa Sikdar Says She Keeps Wondering 'Did I Do Something Wrong?'

The internationally renowned actor Irrfan Khan died in April this year at Mumbai’s Kokilaben Hospital while battling a rare kind of cancer. The 53-year-old actor was last seen on screen in Angrezi Medium. He was not a part of the film’s promotions owing to his ill health.

A few days ago, Irrfan’s son Babil had revealed that ‘he had a strange understanding of rain’. He beautifully said in the post ‘he could only explain it to me through the limits within what words would let him, but there was a connection that I cannot envelop even in the most beautiful language’. Sharing a picture of the Angrezi Medium star, he can be seen sitting in a desert, in front of the camel.

He had this strange understanding of rain. I cannot compare it to anything that I have ever experienced. He could only explain it to me through the limits within what words would let him, but there was a connection that I cannot envelop even in the most beautiful language; only the desert could show, oh my god, what the rain did to him.

With critically acclaimed films like The Lunchbox, The Namesake and Paan Singh Tomar to his credit, Irrfan was regarded as one of the finest actors in the Hindi cinema.