The Lunchbox director Ritesh Batra: Would love to work with Irrfan Khan again

However, the director mentioned that he will find a way to work with Irrfan again. 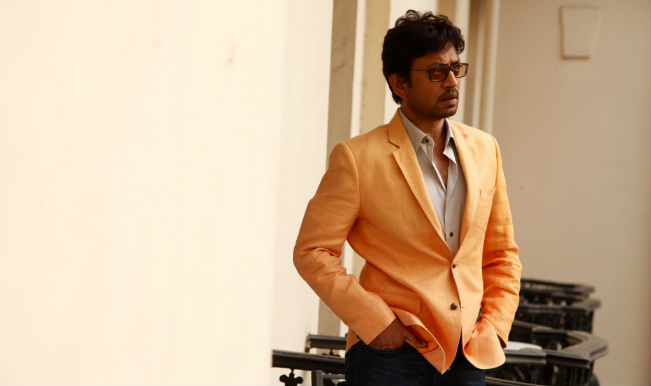 New Delhi, May 27 :  Their first outing together – “The Lunchbox” – exuded a new fragrance of cinema that Indian and international audiences equally seemed to enjoy. Now, director Ritesh Batra says he wants to again team up with actor Irrfan Khan to recreate magic on the silver screen. (Read: Ritesh Batra to direct Oscar-winner in English film) Also Read - Irrfan Khan's Wife Sutapa Sikdar, Son Babil Remember Him As They Bid Goodbye To 2020

“I would love to work with Irrfan again. I am always looking for an excuse to work with him again,” Batra told IANS over phone from Mumbai before flying off to Britain for his foreign project.  The 2013 film presented a unique love story between a lovelorn wife and a lonely man – played by Nimrat Kaur and Irrfan, ignited due to a mistaken delivery by Mumbai’s dabbawallas. Also Read - Irrfan Khan's Last Film 'The Song of Scorpions' To Have Theatrical Release Next Year

Love blossoms between the two after exchanging letters with food becoming the bridge between them. The movie, produced by multiple names, has done its round of international film festivals, including those in Cannes, Zurich, London and Toronto.

The film made India proud after earning a nomination at British Academy of Film and Television Arts (BAFTA) awards in the Film Not in the English Language category. However, it lost to Polish drama “Ida”. After finding fame across the globe thanks to his debut movie, Batra has landed up a chance to direct a movie adaptation of Julian Barnes’ novel “The Sense of an Ending”, featuring Oscar-winning actor Jim Broadbent.

Batra notes that the casting process for the film is still on, but getting Irrfan on board for the project seems highly unlikely. “The novel is very British with British characters,” he said.  However, the director mentioned that he will find a way to work with Irrfan again.  “If not this one, then may be the next one,” he said when asked about casting Irrfan for the British film.