THIS Pakistani beauty will debut in Akshay Kumar’s next remake of superstar Vijay’s Kaththi!

Akshay Kumar is possibly one of the busiest actors of the Btown. The Khiladi of Bollywood refuses to slow down even at the 48. He has number of films in his kitty at the moment and keeps on shuffling between sets all the time. Now the actor is all set to start shooting for his next project, which is a remake of A.R. Murugadoss’ super-hit film Kaththi. Buzz is that the actor will be paired opposite a Pakistani hottie in the film. (ALSO READ: Akshay Kumar just CANNOT wait for Sonakshi Sinha’s Akira)Also Read - Into The Wild With Bear Grylls: Ajay Devgn To Go On Adventurous Ride With The Host | Deets Inside

Yes, Akshay will romance Maya Ali, a model VJ and actress. The Beauty from beyond the borders aims to try her luck in Bollywood with the upcoming Akshay Kumar film. She has been a part of Pakistani television industry. Maya began her career as a VJ in SAMAA TV, Waqt News and Dunya News. Also Read - PM Modi Extends His Condolences To Akshay Kumar In Emotional Letter After His Mother Passes Away | Read Here 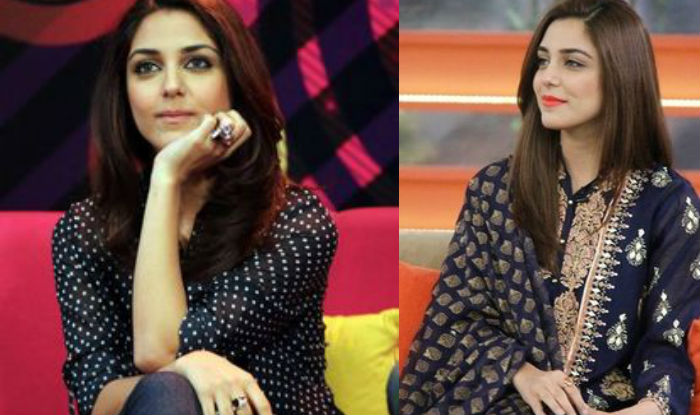 Her debut film will be tentatively called as Ikka. It will be the directorial debut of Jagan Shakti. Akshay will be seen playing double roles in the film. The 2014 Tamil film star Vijay in dual role and Samantha Ruth Prabhu plays the female lead. Neil Nitin Mukesh plays the Villain in this action drama, which went on to become the highest grosser of 2014 (Tamil). (ALSO READ: Akshay Kumar prefers to be ‘versatility’ over ‘stardom’)

Kaththi will go on floors once Akshay wraps up the shoot of Robot 2 and Jolly LLB 2. The Bollywood star will be seen playing a negative role in the sequel of Rajnikanth’s sci-fiction film. The actor will reportedly don the role of a scientist who  transforms into a crow in the film. There are reports of Akshay also taking up Divya Khosla Kumar’s project for a huge sum, which rounds up to Rs 56 crores. However, no official confirmation has been received from either Akshay or Divya’s end. Is Akshay trying to bite off more than he can chew?