Tiger Shroff was all praise for his Baaghi 2 co-star Disha Patani.

The status of the relationship between Baaghi 2 co-stars Tiger Shroff and Disha Patani has very much been speculated upon, with the two never confirming if they were in one or not. The two have been spotted out on lunch and dinner dates together, adding fuel to the speculation. And as the guessing game continued, the actor recently confessed to there being more between him and the actress. Also Read - Disha Patani Wishes Rumoured Boyfriend Tiger Shroff With Silly Pics, This is How Sister Krishna Shroff Reacted

During a session at the India Today Mind Rocks 2018 which took place in Delhi, Tiger was asked a number of questions about his life and work and who he was dating. The actor, when asked, made a revelation about his relationship with Disha, and he was also all praise for her. Also Read - Happy Birthday, Tiger Shroff: 5 Times The Actor Did Deadly Stunts Like No One Else in Bollywood

“We can be friends also na? There is more. We are very good friends. She is just… she is very inspiring and hardworking. She doesn’t take the good looks and talent to her head. Even after her success, she hasn’t changed,” he said. Also Read - Happy Birthday, Tiger Shroff: Do You Know he Never Wanted to be an Actor? Unknown Facts - Watch Video 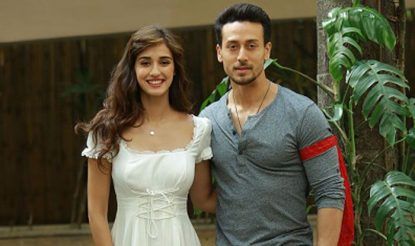 Tiger, who was born Jai Hemant Shroff, is the son of actor Jackie Shroff and producer Ayesha Dutt. He made his Bollywood debut in 2014 with movie Heropanti, which earned him a Filmfare Award for Best Male Debut nomination.

When asked how he came to be called Tiger, the actor revealed that as a kid he would scratch and bite people, which led to his dad Jackie calling him Tiger.

On the work front, Tiger has been very busy, and he will next be seen in Student Of The Year 2, directed by Punit Malhotra. The movie is the second installment of Karan Johar’s directorial film Student of The Year.