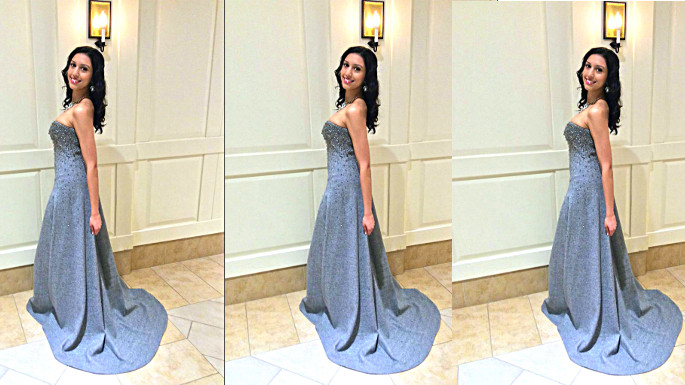 Harleen Malhans wearing one of her evening dresses, designed by Roots Canada.

Born and raised in Toronto, Canada, Harleen Malhans placed second runner-up at Miss Canada 2015 pageant on Sun., March 7. Prior to earning this honor, Malhans won the 2013 Miss India-Canada competition and walked away with newly found fame and a brand new car. Also Read - Independence Day 2020: In a First, Indian Flag to be Hoisted at the Iconic Niagara Falls on August 15

As the youngest of four children in a tight-knit Indian family, Malhans, 24, always looked to the strength and courage of her mother for inspiration. With one prestigious honor under her belt, Malhans was ready to achieve more accolades in the 2015 Miss Canada competition. Also Read - 'Horror Show': 38 Puppies Found Dead On a Cargo Plane Flying From Ukraine to Canada, Investigation Underway

And that she did. Malhans said this was her first time competing in a national pageant, so while it was intimidating, it was also exciting to compete in. Also Read - Humans Start Defecating in Open, Toronto Park Puts up 'Be a Good Neighbor, Pick up After Your Human' Signboards

“Going into this competition, I made a goal for myself to try my best and aim to make it to top five,” she said. “Once my name was called for the top five, I felt like I was on top of the world! I accomplished my goal and I think my confidence gave me the edge.”
When asked about what inspired her to enter pageantry, Malhans recalls “watching [my] older sister compete in the 1998 Miss India-Canada pageant and [being] mesmerized by the show.” From that point forward, Malhans said she knew she wanted to be apart of the competition.

Reflecting on her year as Miss India-Canada 2013, some of Malhans’s most memorable moments included meeting Canadian Prime Minister Stephen Harper along with other members of Canada’s Parliament. Star-studded events aside, Malhans said she most enjoyed being able to serve as a “strong role model in [the] community.” 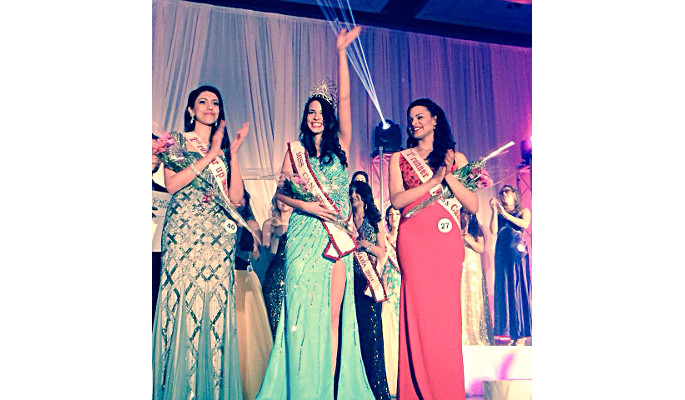 In addition to pageantry, Malhans said she also finds time to focus on personal hobbies. She has recently been taking self-defense classes, both to learn about important self-defense techniques and as a way to receive a good workout.

Professionally, she works full-time for Roots Canada at their head office in Toronto. She said she loves her job with the Canadian clothing company and is working with their design team to create a Roots inspired evening gown for contestants to wear at pageants.

Since winning the Miss India-Canada crown against 16 contestants from across the country and landing in the top five at Miss Canada 2015, Malhans said she is proud of herself.

“I finished as second runner-up, but I truly feel like a winner inside, I performed to the best of my ability and even surprised myself at how at ease I was on stage,” she said.

Her key to success is being herself on stage, Malhans said. 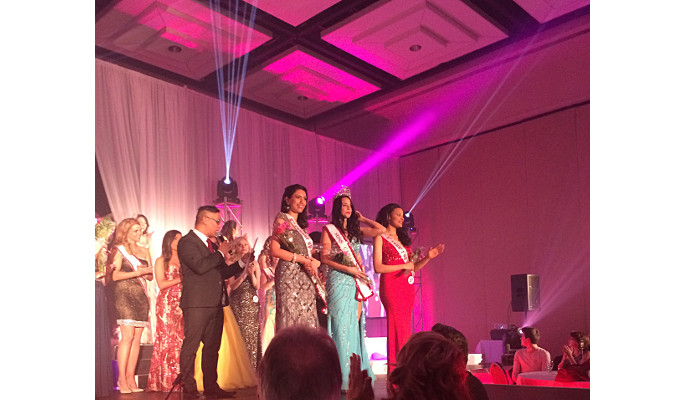 “Most judges are often looking for women who are both comfortable and confident in their own skin,” she said.

Even though Malhans said her childhood is blessed with fond memories, she was unfortunately exposed to domestic violence in the house, her mother being the victim. As she grew older, she said she understood violence against women was an immense global problem that extended far beyond the walls of her own home.

Malhans said she was inspired by her mother who displayed relentless strength and bravery, even in the most difficult times. With the same tenacity in mind, Malhans is passionate in her advocacy to fight against domestic violence.

And how exactly would Malhans begin to combat this pivotal issue? She said she wants to accomplish her advocacy goals by asking more men to join the campaign. Malhans said reaching out to men of all ages to educate and encourage them to become active members against domestic violence is the key step to solving this global problem.

“Having both women and men united in this journey… would send such a powerful message to every person,” Malhans said. “Regardless of age or gender, everyone has a right and responsibility to stand up to violence and social injustice.”

Malhans said she has no plans to stop pageantry and her fight for violence against women.

“My next steps are to eat lots of pizza, relax and then start preparing for Miss Universe Canada in May 2016,” she said.