Trailer of Bangistan gets thumbs up from B town

Bollywood is all praise for the trailer of Riteish Deshmukh starer comedy-satire film "Bangistan". 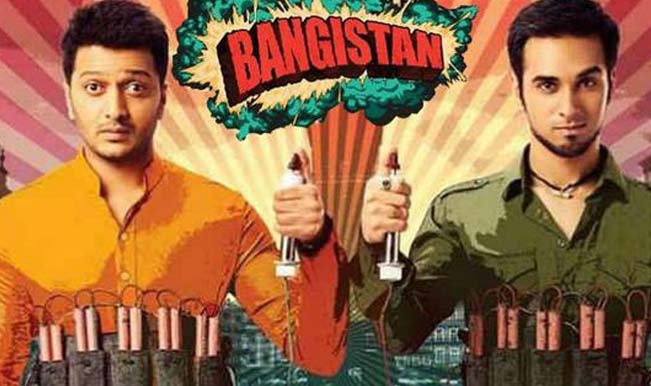 Also Read - Fukrey 3 on the Cards? Here is What we Know

Actor Sidharth Malhotra also took to Twitter and said, “@Riteishd bang on funny trailer looks awesome, eager to watch can’t wait @FarOutAkhtar @ritesh_sid #BangistanTrailer” “By the looks of it, it sure is going to be epic! All the best @Riteishd @FarOutAkhtar and @ritesh_sid #BangistanTrailer” actor Jackky Bhagnani tweeted. “Bangistan” chronicles the lives of two blundering terrorists who are on a mission to change the world. Produced by Farhan Akhtar and Ritesh Sidhwani, “Bangistan” has music by Ram Sampath and is scheduled to release on July 31.