Exuding her boss-lady charms, Bollywood-turned-Hollywood diva and UNICEF Goodwill Ambassador Priyanka Chopra Jonas‘ fire chat at the World Economic Forum 2020 was all about asserting the importance of achieving the global goal of eradicating “extreme poverty” in the 59 poorest countries by 2030. Distinguished for her philanthropic work, Priyanka attended Davos 2020 as an ambassador for Global Citizen, urging the world’s billionaires to give at least 5% of their wealth away annually so as to achieve the Sustainable Development Goals by 2030. Also Read - Priyanka Chopra's Sexy Blue Saree Look at Umang 2020 Leaves Hubby Nick Jonas in Awe

Keeping fans updated throughout, Priyanka initially gave them a glimpse of her “office” where she was seen prepping up for the fire chat before sharing pictures of the venue and quick briefs of her powerful speech. While her own talk at the event left all smitten, Priyanka was seen gushing about Dr Ngozi for doing ‘God’s work”. Taking to her Instagram handle later, Priyanka shared a picture with Dr Ngozi and elaborated, “Dr. Ngozi on behalf of Gavi has vaccinated 86% of the world’s children and has saved over 13 million lives since 2000. She is truly doing God’s work. Dr. Ngozi is an economist, international development expert, and the Chair of Gavi, the Global Alliance for Vaccines and Immunization. This incredible organization is one of the few to have a such a strong impact on people living in extreme poverty. The proof is in the numbers, and it’s evident that with organizations like Gavi and its amazing partners like, Unicef and the World Health Organization, the world can eradicate extreme poverty. #Davos2020 (sic).” Also Read - Umang 2020: Priyanka Chopra, Katrina Kaif, Janhvi Kapoor, Kartik Aaryan And Other Bollywood Celebrities Look Stunning at Star-studded Event

Also Read - What a Man Gotta Do: Here's How Jonas Brothers Nick-Kevin-Joe Impressed Their Lady Loves Priyanka Chopra-Danielle Jonas-Sophie Turner Back in Time

Dr. Ngozi on behalf of Gavi has vaccinated 86% of the world’s children and has saved over 13 million lives since 2000. She is truly doing God’s work. Dr. Ngozi is an economist, international development expert and the Chair of @gavialliance – an incredible organization that has helped immunize more than 760 million children and saved 13 million lives. The proof is in the numbers, and it’s evident that with organizations like Gavi and its amazing partners like @unicef and @who, we can eradicate extreme poverty. 🌎 🤝 #Davos2020

The world we strive for. #Davos2020 @glblctzn @worldeconomicforum 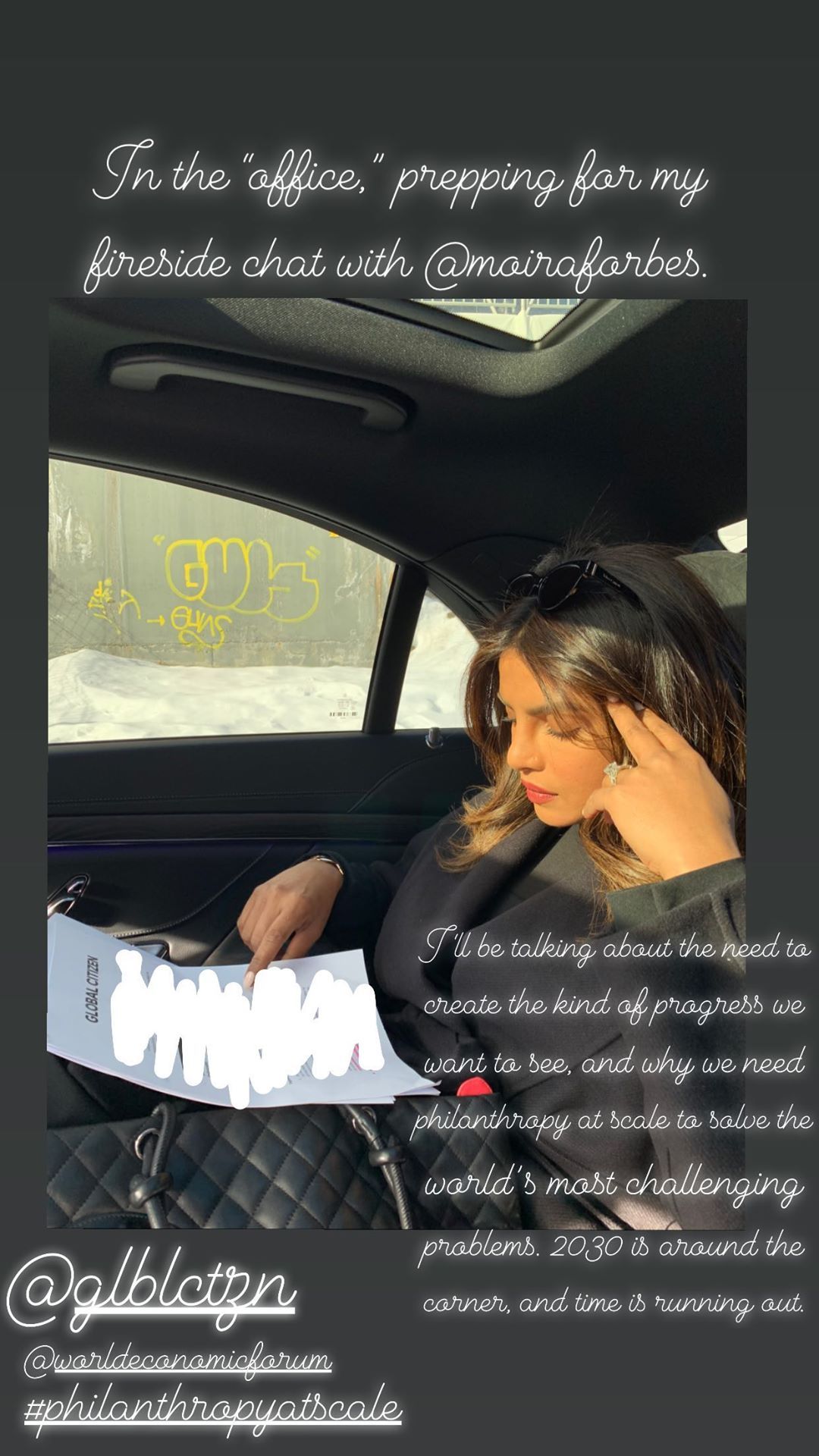 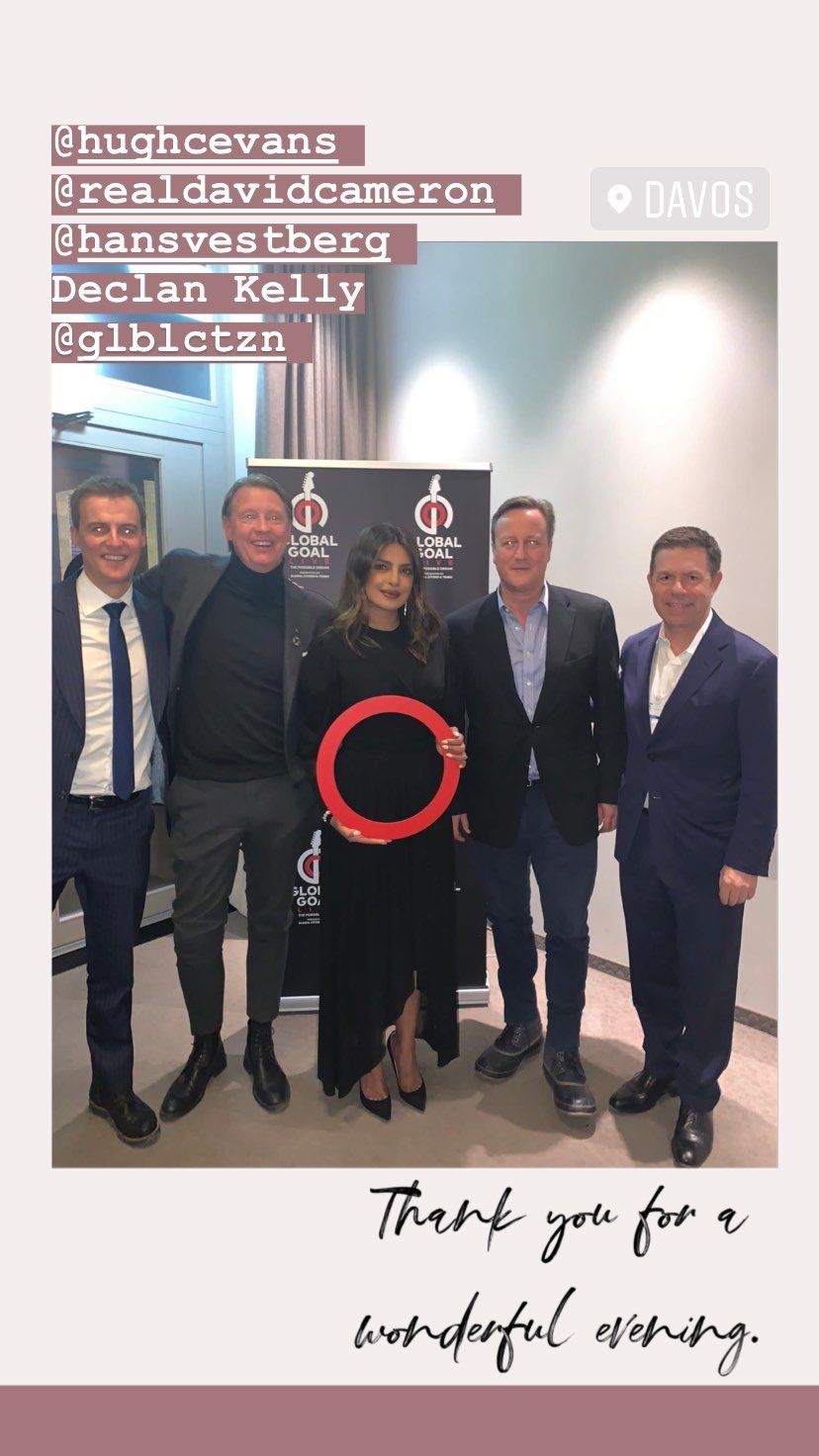 With her philanthropic work as UNICEF Goodwill Ambassador doing all the talking for quite some time now, Priyanka Chopra was honoured with the Danny Kaye Humanitarian Award at UNICEF Snowflake Ball in New York last year in December. Making not just India but fans worldwide proud with her “tireless efforts and unwavering commitment”, Priyanka left Hollywood pop star-husband, Nick Jonas and many others inspired. In her speech, while gracefully accepting the award, Priyanka had shared, “Philanthropy today has gone beyond just funding projects. Be disruptive, show compassion and care, be catalytic in our actions and solutions. Giving back is no longer a choice, it has to be a way of life.”

On the work front, Priyanka Chopra will be seen alongside Richard Madden in the upcoming Amazon Prime series “Citadel”, by Russo brothers of “The Avengers” fame. She recently featured in Jonas Brothers new single, What A Man Gotta Do, alongside Nick.

Gifting themselves their first project together as they marked one year of their marriage, global power couple Priyanka and Nick announced an unscripted Amazon series inspired by their own pre-wedding Sangeet ceremony. The untitled project promises to make couples dance before they walk down the aisle and fans couldn’t keep calm as PeeCee dropped the news on her social media handle.

The actress recently wrapped up the shoot for “The White Tiger”. It is an upcoming Netflix movie where she features with Adarsh Gourav and Rajkummar Rao. The film is based on Aravind Adiga’s Man Booker Prize-winning novel of the same name and directed by Iranian filmmaker Ramin Bahrani. Apart from starring in the film, Priyanka also joins the team as the executive producer.