Ranbir Kapoor and Alia Bhatt have been in Sofia, Bulgaria the past few weeks, attending training and reading sessions for their film Brahmastra. While the first dew days were not so hectic, giving them enough time to explore the city post wrapping up their day by evening, it all changed when the film started rolling on February 24. The Ayan Mukerji directorial is a sci-fi film and the filmmaker was planning to get a major portion shot in this first schedule. India.com had exclusively shared with readers the Bulgaria schedule details of this Dharma Productions film. Also Read - Amitabh Bachchan Slams Troll Who Said Actor Must Have Taken Money From Amul For Getting Featured

However, it seems the plan will have to be cut short. Our source tells us that the team hasn’t been able to shoot all that it intended to the past few days and the complicated weather is to be blamed. The city of Sofia is covered under snow and while the snow-clad region is exactly why Ayan wanted to shoot some portions in Sofia, the windy condition and regular snow fall has sent his plans haywire. There have been times when the crew had to rush indoors from the middle of the shoot. If the weather continues to remain snowy and windy, the Brahmastra crew might have to return to the bay cutting short their one month long schedule. Also Read - Amitabh Bachchan Shares And Thanks Amul For Dedicating ‘AB Beats C’ Doodle: Thank You For Continuously Thinking Of Me

Ranbir and Alia are also joined by their co-stars Mouni Roy and Hussain Dalal in Sofia. In fact, the latter also shared a few pictures on social media, giving us a glimpse of how the city went from sunny to snowy. Take a look below: Also Read - Kareena Kapoor Khan And Clan Comes Together To Celebrate Raksha Bandhan, Alia Bhat Joins Ranbir Kapoor 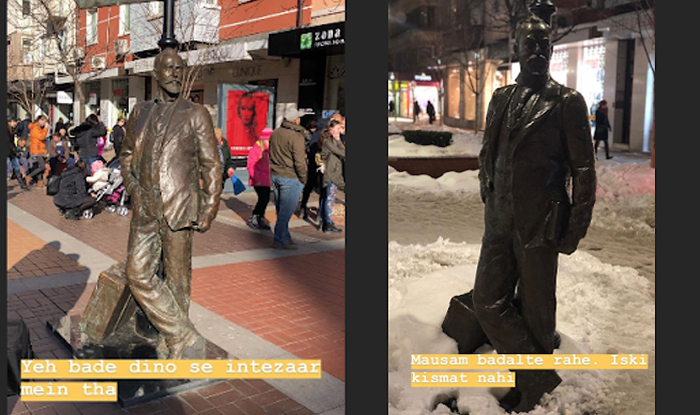 Scenes from Sofia, Bulgaria, where Ranbir – Alia’s Brahmastra is being shot 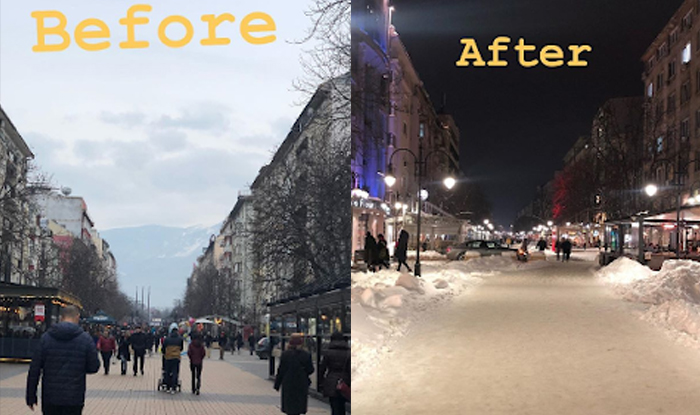 Scenes from Sofia, Bulgaria, where Brahmastra is being shot

Brahmastra marks the first ever project where fans will see RK and Alia together and therefore anticipation is high. However, the film will only release next year on Independence Day 2019, so there’s a long wait ahead of us all. Once back in Mumbai from their first schedule of the film, Alia will have the sets of Gully Boy waiting for her while Ranbir will get involved in the promotional plan for the Sanjay Dutt biopic.