The TRP report for Week 15 is here and we see a new entry in the top 5 list. Here is the full list.

The BARC TRP report for Week 15 is here i.e. from April 10 to April 16. BARC has released the new TRP chart and it shows a new TV show in the list. With many popular shows out of the race, a reality dance show, Super Dancer Chapter 4 makes an entry in the top five. Let’s take a look at the full list here. In the 15th week, Anupamaa (Star Plus) leads the race as usual. Imlie (Star Plus) takes the second position. Again Star Plus’ Ghum Hai Kisikey Pyaar Meiin on the third position. The new entry in the list is Sony TV’s Super Dancer Chapter 4. It is on the fourth list. Yeh Rishta Kya Kehlata Hai slips on number 5.Also Read - Anupama – Anuj Kapadia as Wife And Husband Get Intimate in Car, MaAn Fans Can’t Wait to See ‘Suhagraat’ Moment

Let’s have a look at the shows with their impressions:

Anupamaa: Rupali Ganguly and Sudhanshu Pandey starrer show ranks on number 1 position despite the majority of the cast being tested positive for COVID-19. The show managed to remain in the top spot with 7789 impressions. Also Read - Anupamaa And Yeh Rishta Dominate TRP Ratings, Ghum Hai Drops to No. 4 - Check Top 5 TV Shows of The Week Here 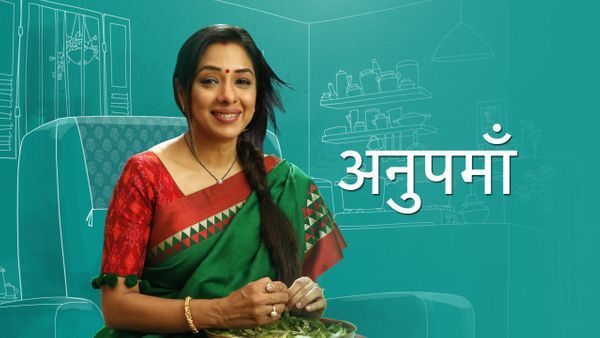 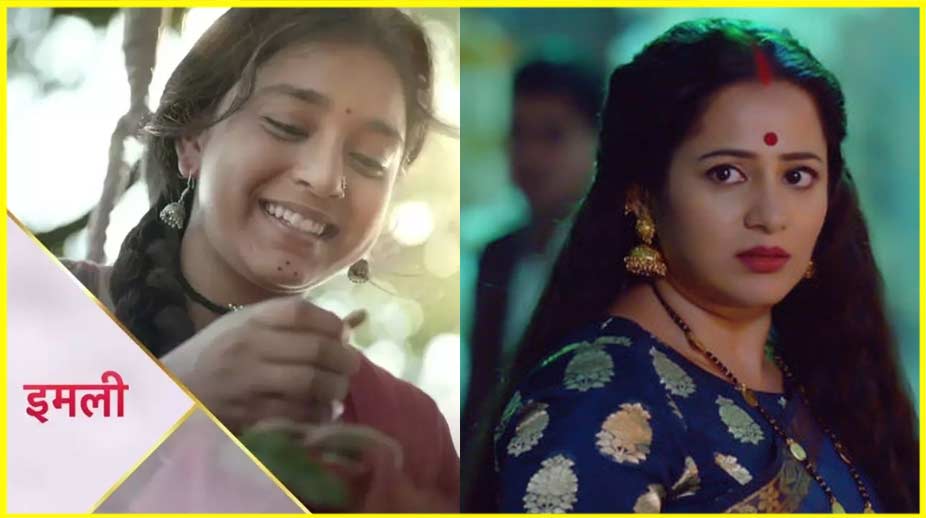 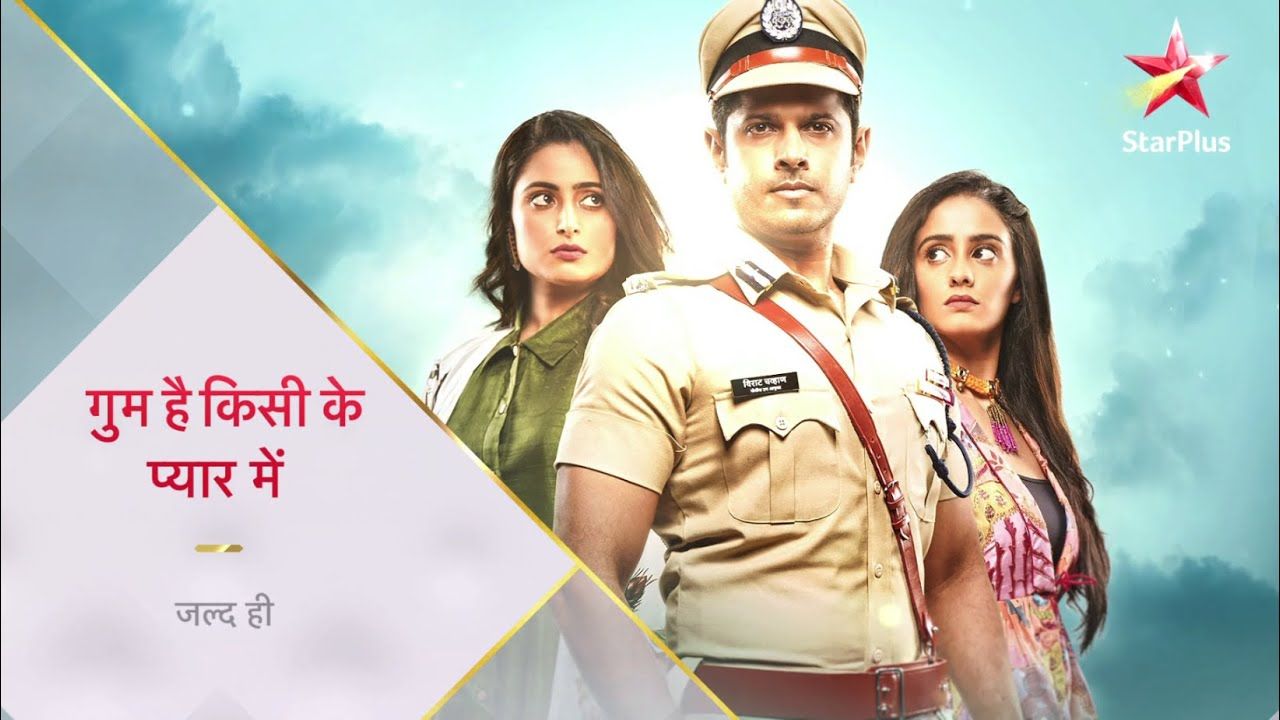 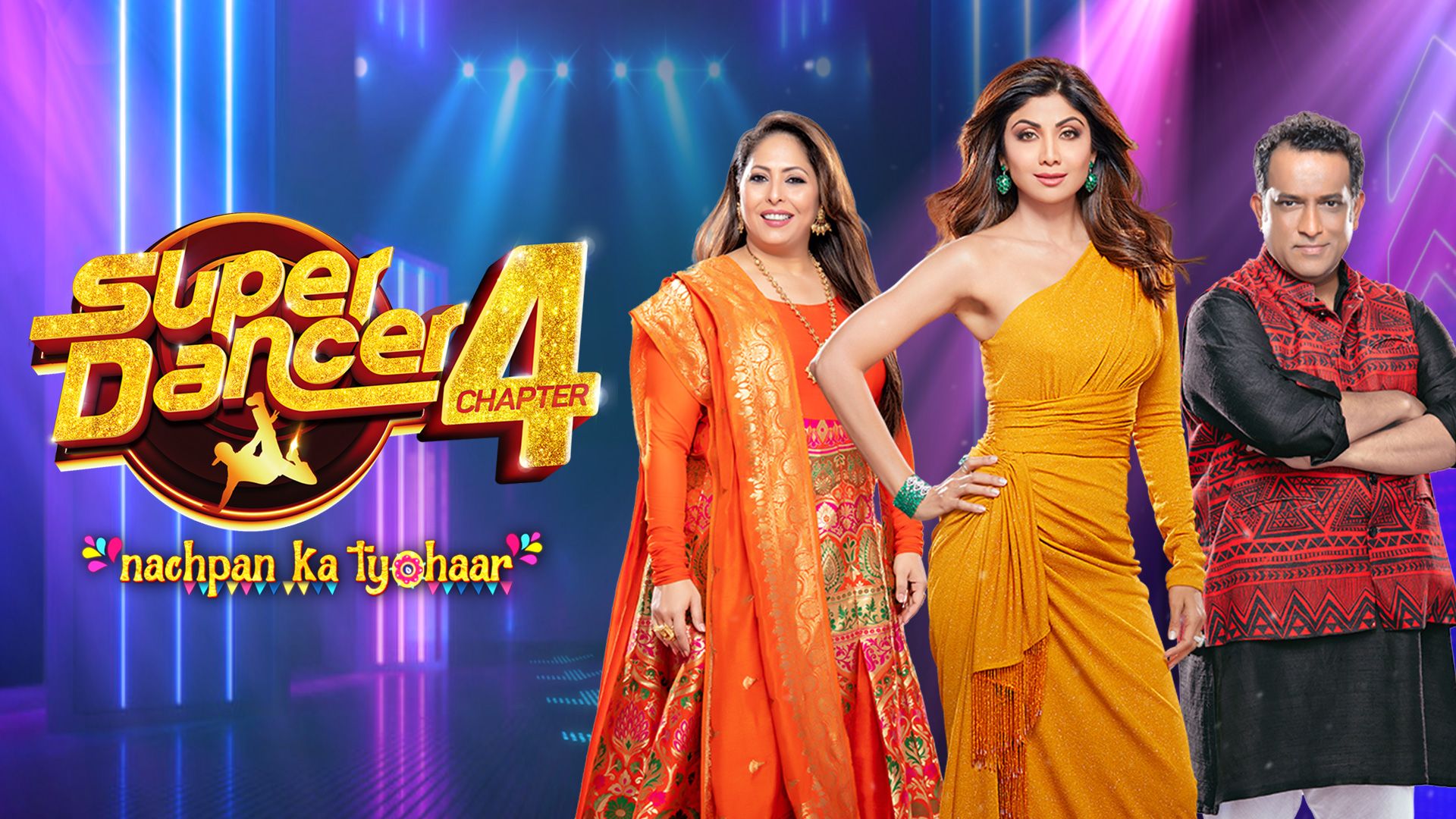 Yeh Rishta Kya Kehlata Hai: Starring Shivangi Joshi as Sirat and Mohsin Khan as Kartik, YRKKH is one of the longest-running shows on TV. The show has bagged the fifth position with 5574 impressions. 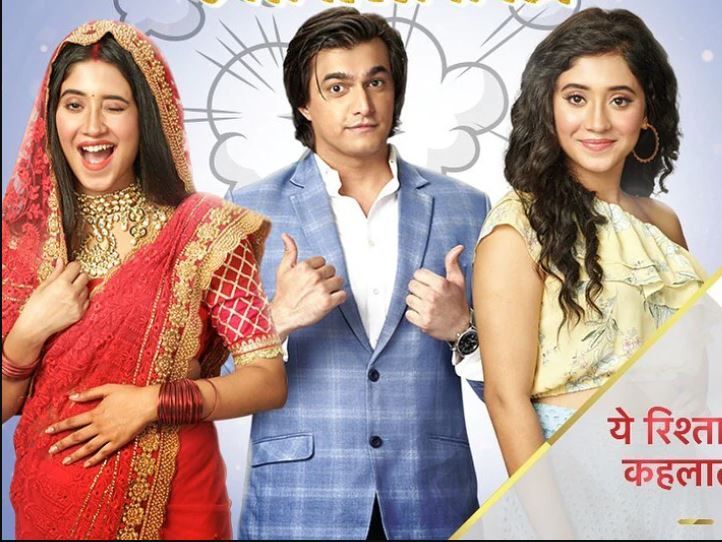 Here’s a look at the BARC report of Week 15: 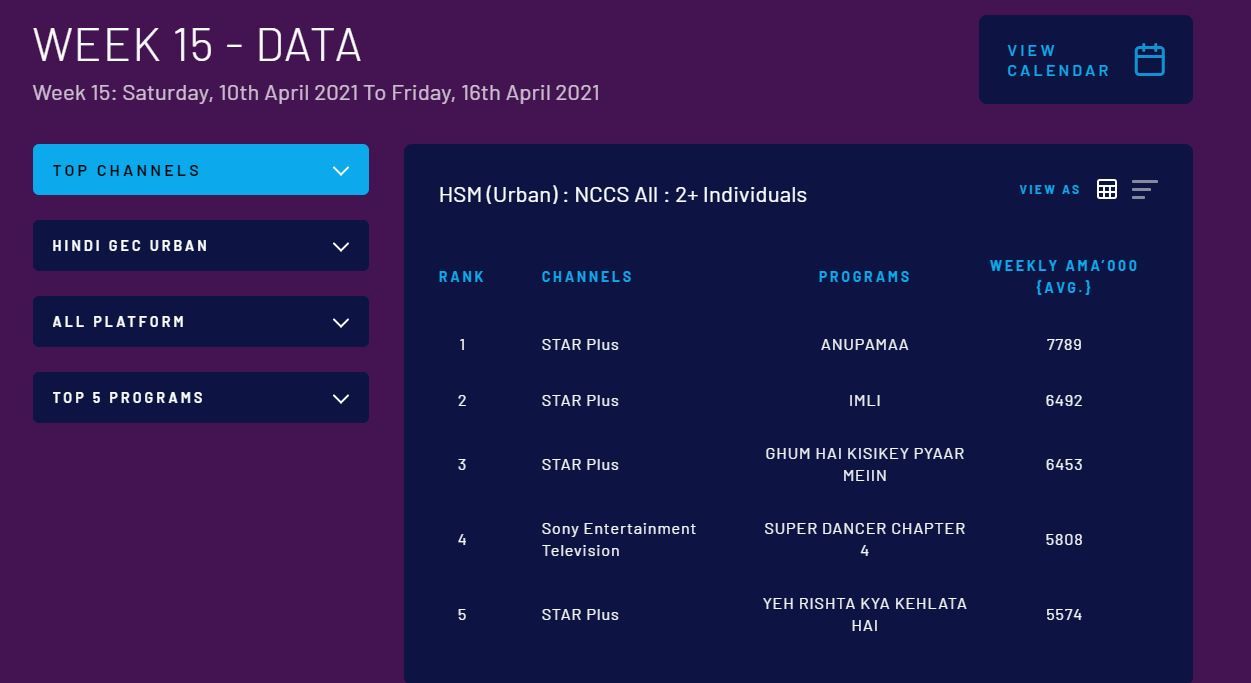