In the upcoming episode, the Shahs will prepare for Vat Savitri puja - but there's drama and twist.

Mumbai: Even when Kavya is married to Vanraj, she is insecure and leaves no opportunity to insult Anupamaa. Kavya never fails to make Anupamaa realise that she isn’t the daughter-in-law of the Shahs now.Also Read - Anupamaa's Vanraj Aka Sudhanshu Pandey Surprises Fans With His Singing Talent on Reality Show

In the upcoming episode, the Shahs will prepare for Vat Savitri puja. While the ladies of the house will prepare for their worship, Anupamaa too will accompany them. This irks neighbouring women who then tell the same to Baa. These ladies feel that Vanraj’s ex-wife Anupamaa and current wife Kavya must not live under the same roof. However, Babuji gives them a befitting reply and says that Anupamaa is their daughter and she has all the rights to live with them. Also Read - Anupamaa: Vanraj Throws Toshu Out of The House After Kinjal Asks Him 'Casual Fling Main Karu Toh' - Check Fans' Tweets

Meanwhile, during the puja Anupamaa was trying to help Kinjal do it properly but Kavya reacted to it saying that she shouldn’t have divorced Vanraj in that case. Later, when Kavya starts to take rounds of the tree, she had a big smirk on her face as though she has made Anupamaa lose some battle. Anyways, but as luck would have it, she was about to fall but Anupamaa saved her. Also Read - Anupamaa Fans go Furious Over Makers 'Whitewashing' Vanraj And Toshu Saying 'Men Have Needs' - Check Tweets 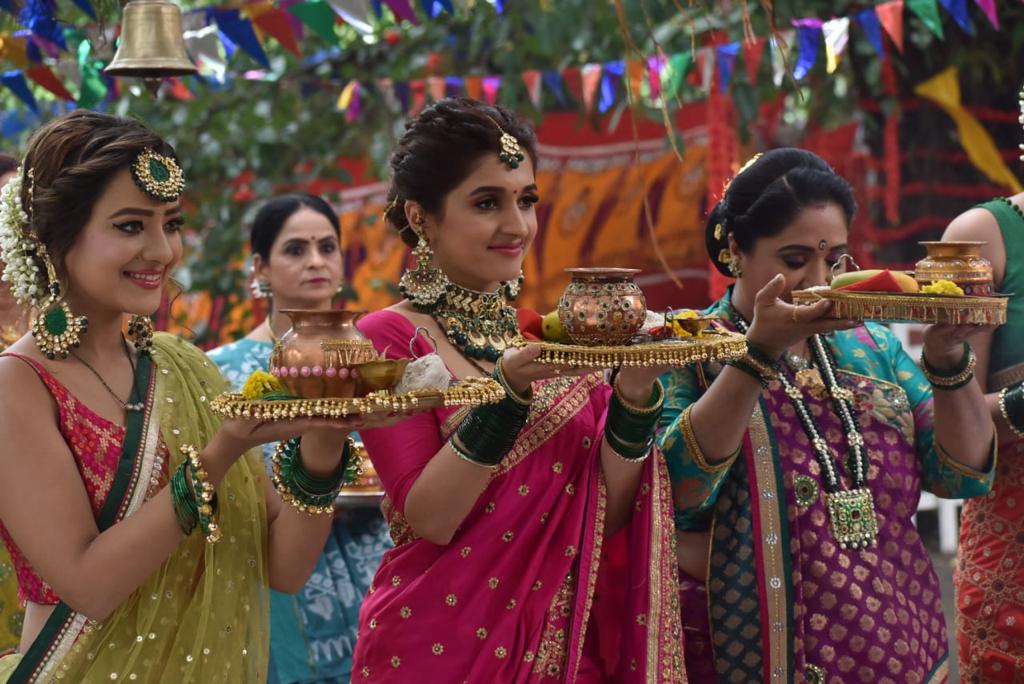 A Still From The Upcoming Episode of Anupamaa

The upcoming episode will also present how Kavya continues to play wicked and try to belittle Anupamaa. We will see that Kavya has hurt her ankle and asks Anupamaa to put the ointment. She then cleverly clicks a photo of her. But Anupamaa was quick to tell her that she must be feeling fine after clicking the pic.

Moreover, Kavya will also try to create differences between Kinjal and Anupamaa.