Mumbai: Anupamaa fame Rupali Ganguly often shares glimpses of herself chilling at her home. In the latest photo shared by Rupali on her Instagram, she can be seen clad in a pink nightsuit teamed up with blue woolen slippers, matching hairband, and can be seen sporting specs. With a book and a pen in her hands, she poses in her bedroom. For the glam, she opted for minimal makeup and a dash of red lipstick. Well, Rupali looked beautiful in the latest photo.Also Read - Anupamaa Fame Rupali Ganguly Looks Enchanting In Black Polka Dot Dress, Fans Say ‘Anuj Will Go Crazy’

She captioned it, “Specs, book and me..as geeky as it could ever get! (sic)” Also Read - Anupamaa Ganpati Festival Twist: Bappa to Bring Anuj And Anupama Closer Now

Check Out The Photo Here: 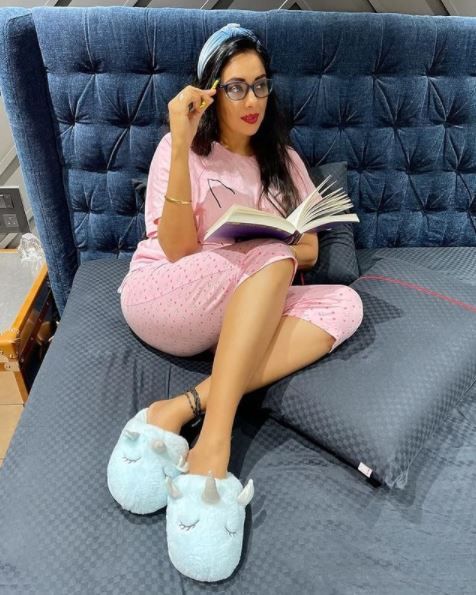 Fans went spellbound with her adorable look and many commented ‘ wow’  while others dropped fire emojis. 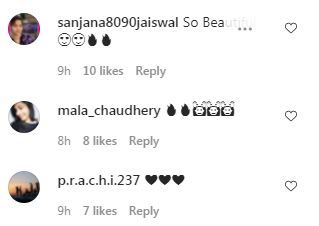 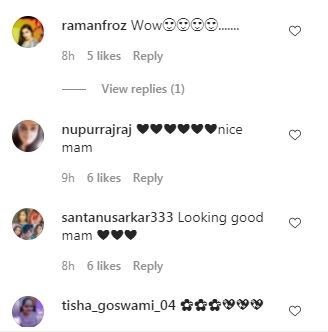 On Sunday, she shared a family selfie featuring her husband and son. She captioned it, “Home is where the family is. My everything in a single picture. (sic)”

A few days back, she also shared a slew of photos in gorgeous pastel blue ethnic wear teamed up with a pair of jhumkas, subtle makeup, kohl in eyes, a dash of lipstick, and a bindi placed nicely on the forehead. She completed her look with a simple locket and half hair tied leaving tresses to fall back.

Rupali Ganguly has been part of several successful shows including Sarabhai vs Sarabhai, Parvarish, among others. She took a break from acting to embrace motherhood. After seven years, she made her comeback to TV with Anupamaa.

Talking about Anupamaa, the Pakhi and Anupama drama sequence kept the fans glued to the show. The Rajan Shahi show has managed to maintain its top spot on the TRP charts for the sevent5h consecutive week. The show features Sudhanshu Pandey as Vanraj, Rupali as Anupama, Madalsa Sharma as Kavya, Muskaan Bamne as Pakhi, Alpana Buch as Baa, Nidhi Shah as Kinjal, Arvind Vaidya as Bapuji, Paras Kalnawat as Samar, Aashish Mehrotra as Paritosh, Anagha Bhosle as Nandini, and Tassnim Sheikh as Rakhi Dave.