Anup Jalota's ex-wife was asked to comment on his relationship with Jasleen Matharu. She said this...

Anup Jalota and Jasleen Matharu entered Bigg Boss 12 as a couple. They announced on the stage itself that they are in a relationship and their entry into the show will be a shock for Jasleen’s parents. The Bhajan singer also got trolled for days on social media. As soon as they entered the house, the contestants started having opinion on their relationship. While some thought that the relationship is genuine, others had their reservations about their chemistry. Also Read - I am Not a Virgin Either: Nehha Pendse's Reply to Trolls About Divorcee Hubby

Now, after Jasleen’s father, Anup’s ex-wife, Sonali Rathod has commented on his relationship. Maintaining that she doesn’t watch Bigg Boss, Sonali mentioned that she wants to wish best to Anup. She talked to Spotboye and said, “Why would I talk about my ex-husband? I have moved on and I am very happy in my life. I wish Anup the very best in his life, professionally and personally”. Also Read - Bigg Boss 13 November 23 Weekend Ka Vaar: Salman Khan Disappointed With Contestants And Want to End Personal Connections 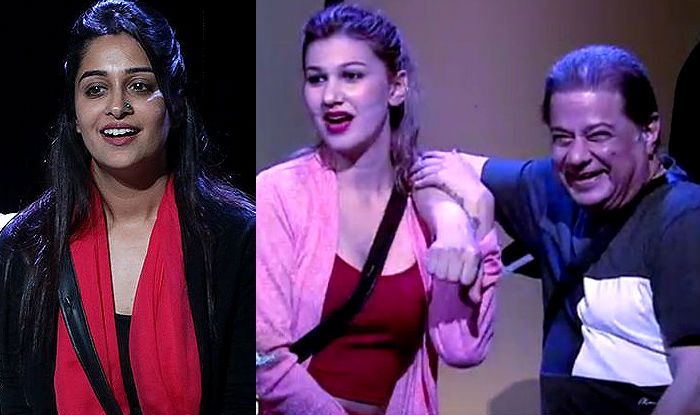 Notably, Anup got married thrice. His first wife was Sonali, who was also a colleague from the industry. The two used to perform at concerts together. The singer then got married to Bina Bhatia. However, the marriage couldn’t last and Anup got divorced, only to get married to Medha Gujral. She was the niece of former PM of India, IK Gujral. Medha passed away in 2014. Anup hasn’t married again since then. However, reportedly, he is in relationship with Jasleen for the last three years. Also Read - Bigg Boss 12 Winner Dipika Kakar Hospitalised, Husband Shoaib Ibrahim Prays For Speedy Recovery

His personal life aside, Anup is quite a popular contestant on Bigg Boss 12. He is also an entertainer. First, he entertained by playing the role of ‘dilfek rajkumar’ in a task and doing full justice to it. Then, he sang Sunny Leone’s popular track, Baby Doll, in his own Bhajan style and left everyone rolling on the floor.

Aren’t you liking his presence on the show?