Actor Shrishty Rode, who participated in the current season of Bigg Boss, is back in news. The popular telly face has bagged her first Hindi film. Shrishty got evicted from the reality show a few days back and she feels she’s fortunate she got the offer of her first Bollywood film just two days after she left the house. The actress revealed the news to a leading daily and said that the makers of her film wanted her to come out soon from the big BB12 house. Also Read - I am Not a Virgin Either: Nehha Pendse's Reply to Trolls About Divorcee Hubby

Shrishty talked to Bombay Times and said, “While many people were shocked to learn about my eviction, I was taken aback when the makers of the film told me that they were hoping for me to step out soon”. She added, “I don’t think anyone has benefited from Bigg Boss so fast”. Also Read - Bigg Boss 13 November 23 Weekend Ka Vaar: Salman Khan Disappointed With Contestants And Want to End Personal Connections

Well, Bigg Boss has definitely helped contestants bag some big projects in the film industry. Shrishty’s journey has just begun and it will be interesting to see how things get unfolded for her in the future. Meanwhile, it should be noted that the actress was one of the most popular faces from Bigg Boss 12. Her eviction came as a shock to many since most were expecting she must have had earned a loyal fan base after her stint on Hindi television. While her performance on the show wasn’t much impressive at the beginning of the season, she started coming across a stylish and a jovial personality later. 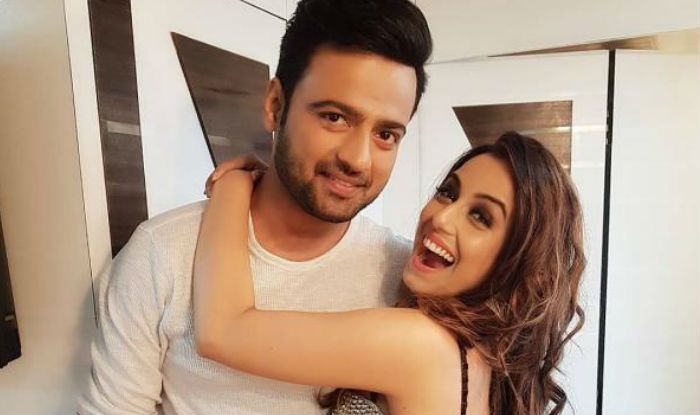 Her chemistry with Rohit Suchanti became a much-discussed topic both in and outside the house. However, Shrishty clarified that there was nothing between them and she is happily engaged to Manish Naggdev, who was also seen on the show extending his support to him. Our congratulations to Shrishty on achieving this big feat!