Bigg Boss 12: In this week's Weekend Ka Vaar special episode with Salman Khan, Anup Jalota will be seen going inside the secret room

Anup Jalota and Jasleen Matharu are two of the most popular contestants on the popular reality TV show, Bigg Boss 12. The couple has entered as a celebrity Jodi inside the house and has been keeping the audience interested in their chemistry. In fact, a few days ago, the two were seen having a strong argument. It all happened when Jasleen refused to give up her clothes and makeup to save Anup in the ‘kidnapper’ task. The Bhajan singer got really pissed with her and announced that he would be playing separately in the game from then. Jasleen, however, kept making him understand about her reason for choosing her clothes and makeup over him. Also Read - Bigg Boss 14 Contestant Jasmin Bhasin Trolled by Rubina Dilaik's Fans, She Says 'Shame on You'

Finally, it all ended when the two were sent on a private date last night by Bigg Boss. The activity area was decorated with all sorts of romantic things and there was a dinner table where the two enjoyed their meal. Later, Jasleen again apologised for hurting Anup. The man finally forgave her and even shared his feelings by giving a red rose to her. And now, as the show takes a new twist, Bigg Boss has decided to separate the two, albeit for a while. Also Read - Bigg Boss Talent Manager Pista Dhakad Passes Away In An Accident at 23 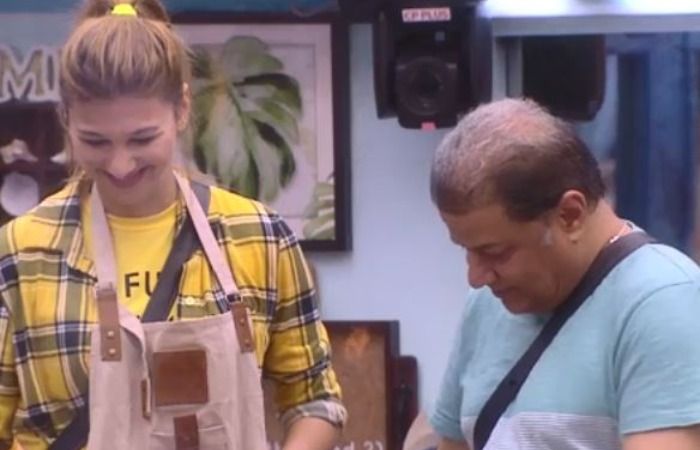 In this weekend special episode, host Salman Khan will be seen eliminating the Jodi of Anup-Jasleen from the game. However, while Jasleen will go inside the house again, Anup will be sent to a secret room. All this when the other housemates will remain unaware of Anup watching them comfortably from the secret room. This also means that there will be no elimination this weekend on the show.

Watch out for more interesting updates on Bigg Boss 12!