Varun Dhawan visits the sets of Bigg Boss 12 to promote Sui Dhaaga: Made in India, with Salman Khan and the contestants

Varun Dhawan is currently on a promotional spree for his upcoming film, Sui Dhaaga: Made in India, also featuring Anushka Sharma. The promotions of the film took the actor to Bigg Boss 12. The popular controversial reality TV show is hosted by Salman Khan. Varun visited the sets of the film and together, the two actors brought the house down. Also Read - I am Not a Virgin Either: Nehha Pendse's Reply to Trolls About Divorcee Hubby

Both Salman and Varun share a fun chemistry. The latter even recently starred in the remake of the former’s hit 90s film, Judwaa. In fact, Salman has worked in many films directed by Varun’s father, David Dhawan. Therefore, it was pretty much given that the two will entertain the audience with their fun antics on the sets of Bigg Boss. Also Read - Bigg Boss 13 November 23 Weekend Ka Vaar: Salman Khan Disappointed With Contestants And Want to End Personal Connections

The pictures of Salman and Varun from the show are out now. Apart from shaking a leg with the superstar, the actor can also be seen meeting the contestants on the show inside the house. Check out the pictures here: Also Read - Bigg Boss 12 Winner Dipika Kakar Hospitalised, Husband Shoaib Ibrahim Prays For Speedy Recovery 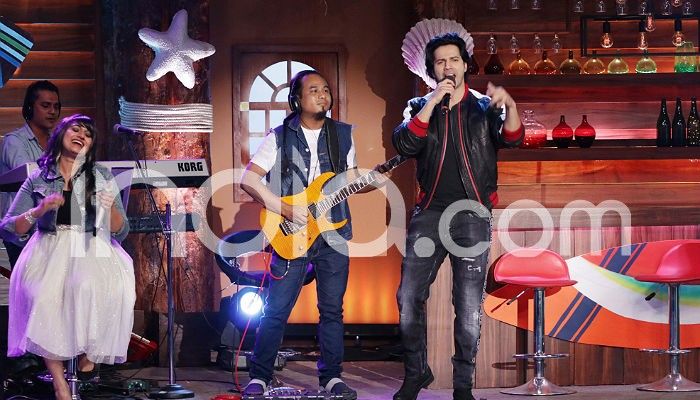 Varun Dhawan even sang for the audience. Reportedly, it was Tamma Tamma, a song from his last year’s release Humpty Sharma Ki Dulhania. 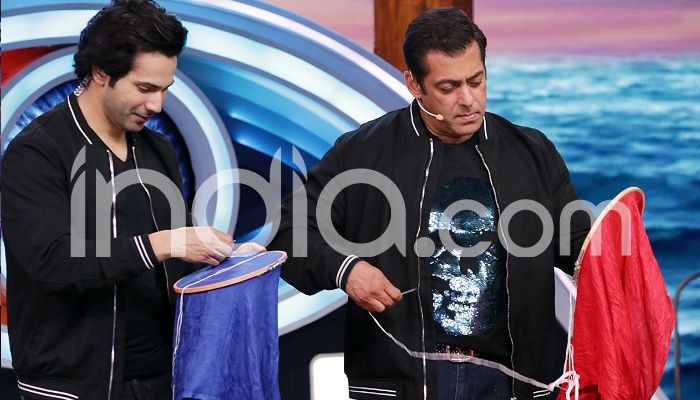 The popular Sui Dhaaga challenge also happened on the show when Varun challenged Salman to try his hands on embroidery. 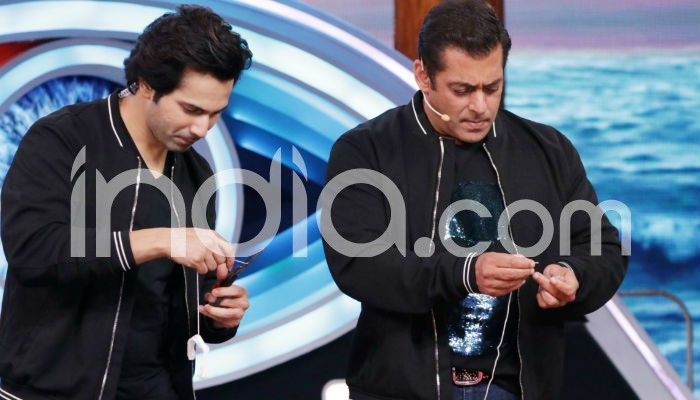 Salman took the challenge sportingly and agreed to perform it with much excitement. 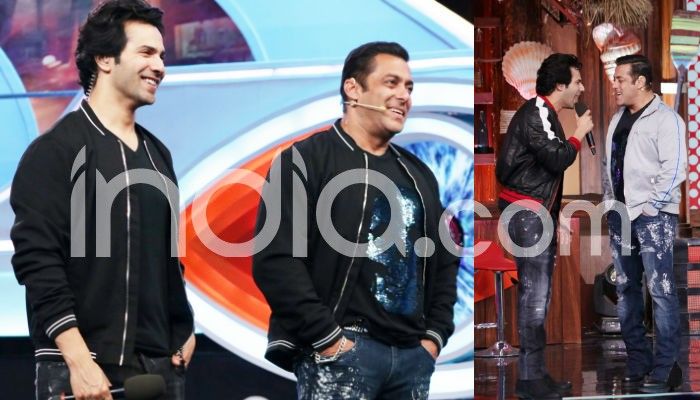 Later, the host introduced the guest to the contestants. Varun went inside, interacted with the housemates, performed for them and even promoted his film.

On the work front, both the actors have got some stunning films in their kitty. While Varun is working on Dharma Productions’ Kalank, Salman is finishing the shooting of Bharat.