Bigg Boss 12 Weekend Ka Vaar with Salman Khan: Aayush Sharma gets some workout tips from Salman Khan. He pulls Ayush’s leg by taking a dig at Shivashish’s tight pants and Sreesanth’s childish behaviour. Also Read - I am Not a Virgin Either: Nehha Pendse's Reply to Trolls About Divorcee Hubby

Salman meets the contestants through Me-TV. He asks Deepak Thakur to sing a song for the show. Deepak sings a beautiful song which talks about how the show isn’t just controversial but also emotional. Salman praises him and tells him that among many songs that the contestants curated for the show, his is the best. Also Read - Bigg Boss 13 November 23 Weekend Ka Vaar: Salman Khan Disappointed With Contestants And Want to End Personal Connections

Salman then announces a task in which the contestants have to listen to Salman as he gives a statement about the chosen contestant. The one chosen will have to guess who from the rest of the housemates must have made that statement about him/ her. The contestant then will have to smear the person’s face with a cupcake. Also Read - Bigg Boss 12 Winner Dipika Kakar Hospitalised, Husband Shoaib Ibrahim Prays For Speedy Recovery 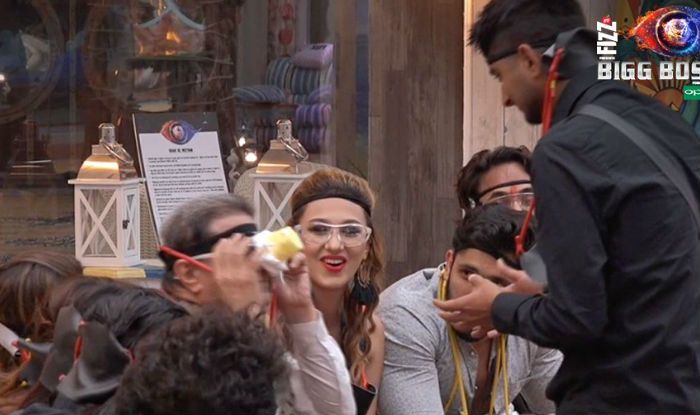 Dipika Kakar goes first. She thinks Romil Choudhary has made the statement. She smashes a cupcake on Romil’s face, followed by Saba. It is then Deepak’s turn to decide who made the statement about him. He smashes cupcakes on Anup Jalota and Saurabh Patel. When Shrishty is asked to do the same, she picks Dipika and Shivashish Mishra’s name. Saurabh and Shivashish eventually smash a cupcake on Saba’s face. Sreesanth does the same with Romil and Nirmal, followed by Karanvir.

Karan Patel enters the house once again to moderate another task. He asks the contestants to donate one quality each to another contestant who they think don’t have that quality. The task’s name is Donation Camp. He first calls Anup and Jasleen. The two say they want to donate their quality to Deepak and Dipika. When Dipika is called, she decides to donate her ‘diplomacy’ to Nehha. However, Karan tells her that she is quite intelligent and she should donate that to Saurabh in the game. Deepak gives the quality of being daring to Anup after calling him a coward. Karan calls Shrishty but not convinced with her answer, tells her to go back and think of her quality once again. 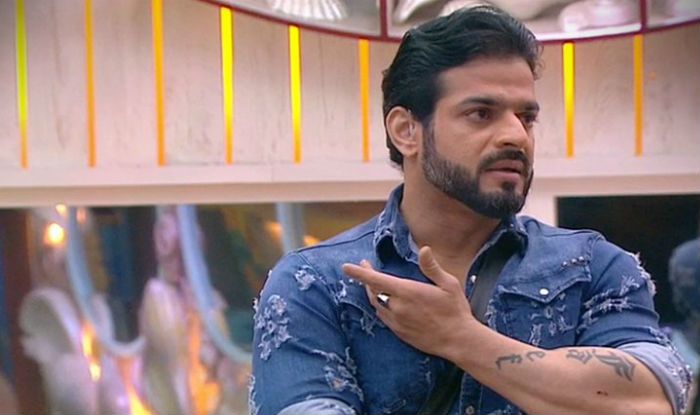 Shivashish donates his ‘loyalty’ to Romil while Sreesanth and Romil get into an argument again. Karan then calls Nehha and tells her that she should appear visible in the game. She donates her ‘mental strength’ to Sreesanth who refuses to play the game and goes to the bedroom. Karanvir goes behind him to make him understand that it’s just a game. An annoyed Sreesanth though tells him that he isn’t here to hear that he is fake and it’s his decision to not play the game. 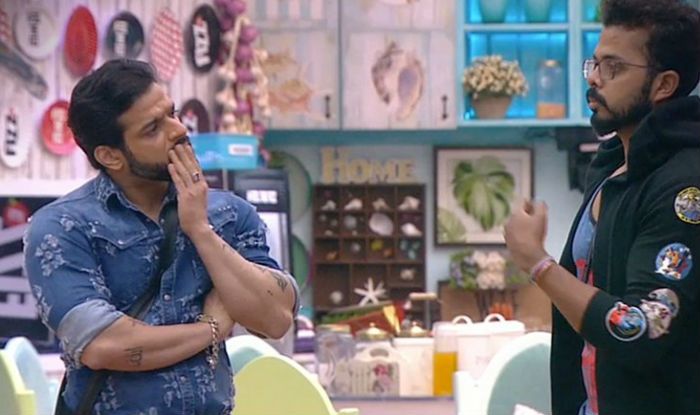 Sreesanth tells Karanvir that he can make Nehha cry in an instant but he won’t do it. Upset with Nehha, he taunts that he makes big money by giving speeches on mental strength outside.

Shrishty is upset with Nehha and Dipika for their comments against her. She discusses this with Karanvir, Deepak and Sreesanth. Later, Karanvir tells her that he knew she is being sidelined by Nehha and Dipika because those two girls are a pack.

On the stage, the Love Yatri stars — Ayush and Warina, enter and entertain the audience. They ask Salman questions and for every right answer, put a puppy in his lap.

Salman goes back inside and announces that the weekend is going to see another elimination tonight. He reveals that Romil and Nirmal are going out of the house. When the two come on the stage, Salman gives them an option. He tells them that one of them can go inside the house and play the game once again. Nirmal instantly takes Romil’s name. Romil goes back inside with a wild card entry. Surbhi Rana is the first wild card entry.

Watch out this space for latest updates and gossips on Bigg Boss 12!