Bigg Boss 14: Is Rakhi Sawant Going Overboard With Her ‘Love’ For Abhinav Shukla?

Rakhi Sawant, as seen in Wednesday's episode of Bigg Boss 14, cut Abhinav Shukla's undergarments with scissors when he failed to reciprocate her feelings.

Rakhi Sawant has won the audience’s hearts with her quirky antics inside the Bigg Boss house. She’s all cute and entertaining when she teases the fellow contestants. However, her funny antics with Abhinav Shukla seem to be going over-the-board now. At least that’s what both Abhinav and his wife Rubina Dilaik think.Also Read - Bigg Boss 14: Pavitra Punia Says 'Good News' is on The Way as She Defends Her Relationship With Eijaz Khan 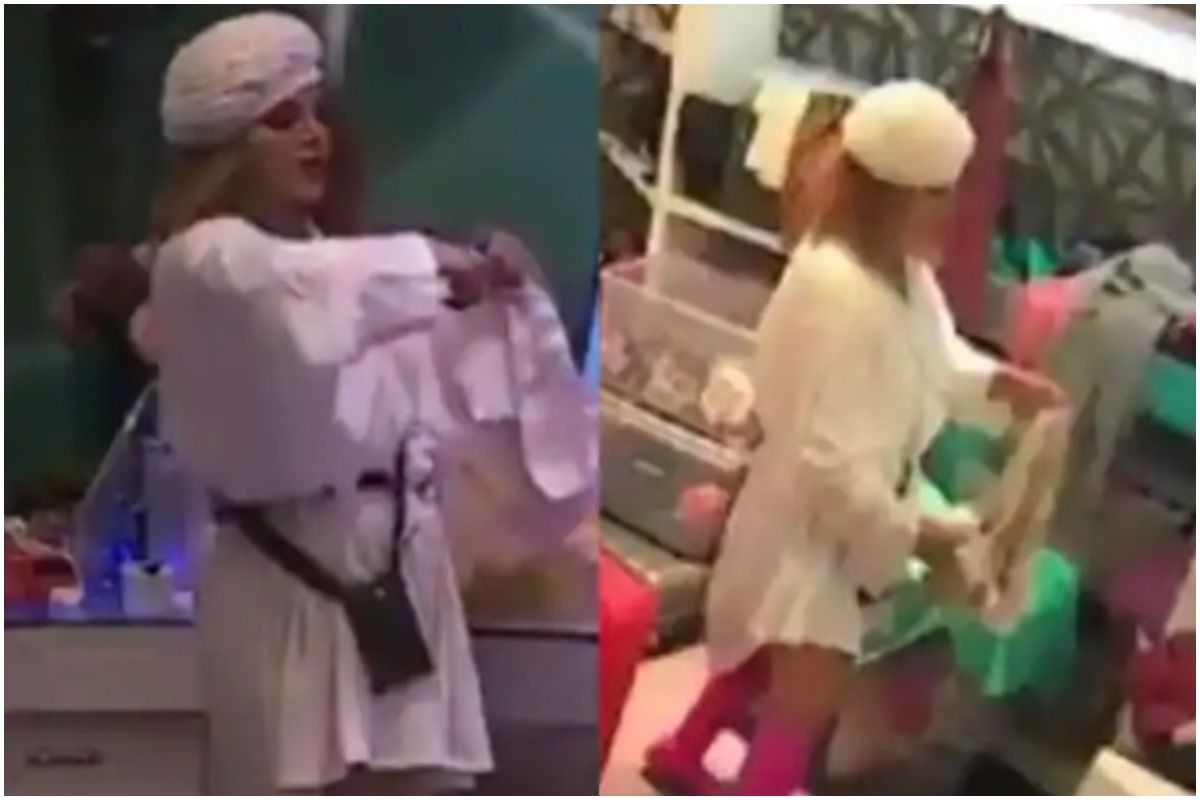 Rakhi has been appreciated by both Rubina and Abhinav for entertaining the audience with her love story angle but this time, they were seen discussing that she was doing too much to gain attention. Also Read - Vikas Gupta Gets Trolled For Sharing His Family Issues on Bigg Boss 14, Netizens Say ‘You Cannot Gain Sympathy Again’

Meanwhile, Sonali Phogat got eliminated from the show last weekend. Currently, there are nine contestants fighting for the trophy in the game – Rakhi Sawant, Abhinav Shukla, Rubina Dilaik, Rahul Vaidya, Aly Goni, Devoleena Bhattacharjee (as a proxy of Eijaz Khan), Vikas Gupta, and Arshi Khan. Eijaz, who recently went out due to prior shooting commitments, is expected to come back soon.

What do you think of Rakhi’s behaviour towards Abhinav – too much drama or entertainment? Watch out this space for all the latest updates on Bigg Boss 14!