In tonight’s episode of Bigg Boss 14, emotions will be very high as Pavitra Punia and Eijaz Khan scream at each other. They both provoke each other and start speaking ill about each other. Meanwhile, Aly Goni will make an entry into the house and Jasmin Bhasin’s expressions are priceless. Also Read - Kumar Sanu Says he Supported Son Jaan Whenever he Could: 'He Asked me To Call a Few People I Know'

Check Out The Major Highlights From Tonight’s Episode:

Pavitra shouts at Eijaz Khan that she made every effort to make him the captain and lived up to their friendship and the commitment she made. Eijaz, on the other hand, Pavitra said that he is ‘ungrateful’ and is trying to copy ‘Sidharth Shukla’. Jasmin Bhasin tries to calm down Pavitra and tells Eijaz to not provoke Pavitra. While Pavitra tells Eijaz that he became the captain of the house because of her, Eijaz tells her that he should give empty threats and warnings to the other kids in the house. Later, Pavitra calls Eijaz chameleon. Also Read - Man Watches Bigg Boss & Avatar To Keep Himself Awake While Doctors Perform Brain Surgery on Him | Watch 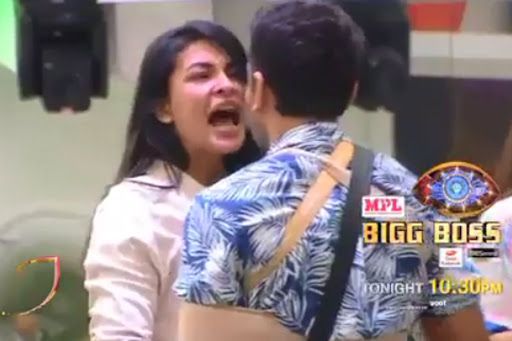 The contestants get excited at seeing a wired telephone in the house. The Bigg Boss played romantic tracks and raised the curtains and welcomed Aly Goni in the house. Seeing him, Jasmin Bhasin welcomes him and goes emotional. Bigg Boss announces that Aly Goni will stay behind the glass door for the first few days as he has not quarantined himself before coming inside the house. 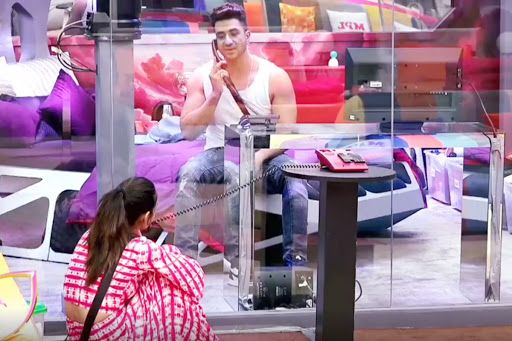 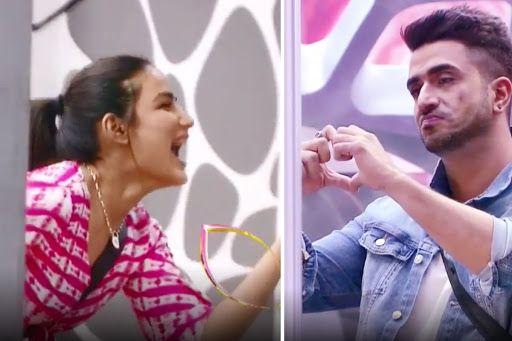 Bigg Boss announces the captaincy task and turns the house into a solar system. The contestants in the green zone play the planets revolving around the orbit, while the red zone ones will come out one by one to push the planets out of the orbit. The one who will lose track and lands on the ground, will be out of orbit. The final decision will be taken by the sanchalak. Bigg Boss tells Eijaz that he cannot take part in the task and has to choose a participant who will play on his behalf, he chooses Shardul Pandit. Nikki , Pavitra and Jaan plot their strategies and try to push Eijaz out of the game. Pavitra tells Nikki and Jaan that she will eliminate Shardul first, who is representing Eijaz. Nikki Tamboli and Jaan Kumar Sanu are eliminated in the first two rounds. In the third round, Shardul is eliminated. In the next round, Abhinav is out from the task.

Rubina, who is the sanchalak of the captaincy task, takes a decision but Pavitra Punia and Jaan Kumar Sanu object creating Rubina and Jaan screaming at each other. Abhinav asks Jaan to maintain distance from Rubina and Pavitra breaks down into tears.

Jasmin Gets Jealous of Aly-Pavitra Bond:

In the promo, while Pavitra and Aly speak to each other over the telephone, Jasmin Bhasin gets upset over their bonding. Pavitra tells Aly that ‘ when she considers him as a friend and even he does, so there are expectations set’. However, Jasmin does not like it and tells Pavitra why is she telling him like that. Pavitra responds with “He is my friend too so stop getting possessive about him.”

Rubina tells Abhinav to stop supporting Jasmin as whatever she is doing, she is doing for the game. Abhinav asks her if she is doubting him.

Stay tuned for the latest episode!