Bigg Boss 15 Premiere: Bigg Boss 15 is all set to premiere tonight and makers made sure to level up the excitement of the fans ahead of the grand premiere night. During the episode, actor Ranveer Singh will be gracing the show in a bid to promote his new quiz show, The Big Picture. Now, Ranveer took to Instagram stories to share a series of photos from the fun segment with host Salman Khan.Also Read - Bigg Boss 15: Karan Kundrra-Tejasswi Prakash's Fake Love Angle - Are Viewers Being Cheated?

In the series of photos, he shared having a fun camaraderie with host Salman Khan. In one of his photos, he said, “He is a gem” and fans went crazy over his remark for Salman Khan. Also Read - Bigg Boss 15: "Pehli Baar Dekha," Gauahar Khan Reacts as Karan Kundrra Wins The Task After Slamming Pratik Sehajpal 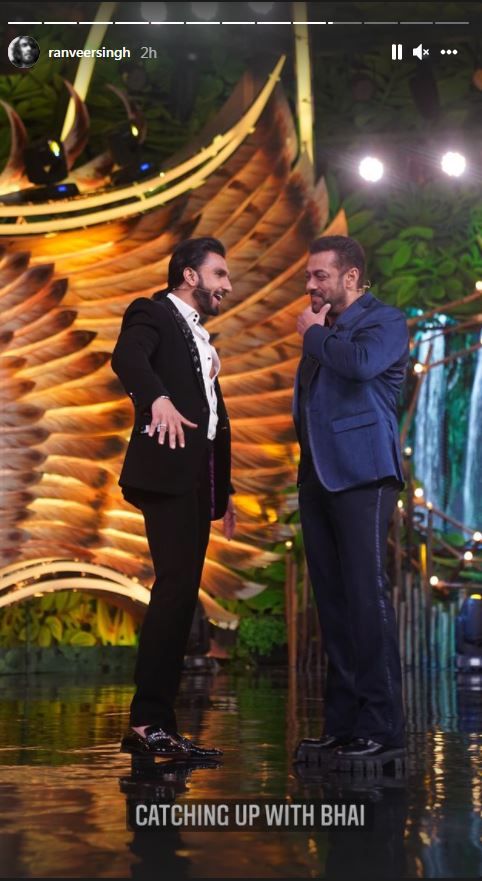 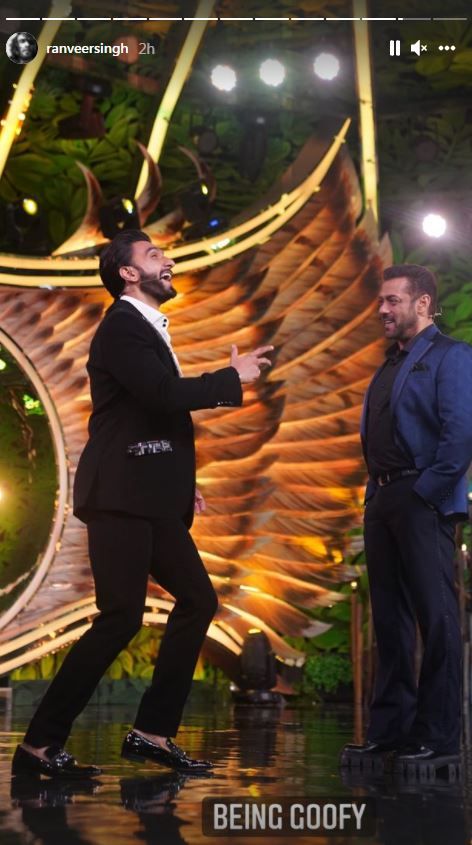 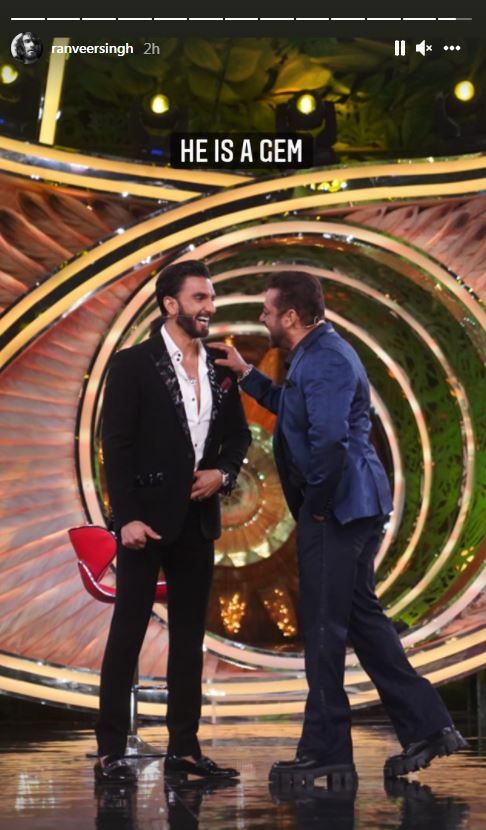 Fans flooded Twitter with comments such as ‘Superstar with megastar’ while some expressed that they want to see them together on a big screen. Many even started drooling over his ‘gem’ remark.

#RanveerSingh Instagram Story CATCHING UP WITH BHAI. HE IS A GEM. #SalmanKhan 🔥❤ #BiggBoss15 pic.twitter.com/LzNpZcxVZz

The child in him must be in cloud nine

So proud of you #RanveerSingh

I cannot wait to watch you Soar and soaaaar 🚀🚀🚀🚀🚀 pic.twitter.com/8780wEJicv

Would love to see both of them in a Movie together! 🤞#BigBoss15 pic.twitter.com/2FbWR6NeJN

“He is a gem”
Nobody can ever argue with the words of superstar #RanveerSingh on megastar #SalmanKhan .
Absolutely in love with their bond hoping one day we all get to withness this enchanting duo on the big screens 🤞#BigBoss15 pic.twitter.com/teHviuxzMz

Ahead of Bigg Boss 15 premiere, makers shared the promo of Salman and Ranveer sharing the stage. Ranveer sand the song ‘Do Mastane Chale Zindagi Banane from Salman Khan’s film Andaz Apna Apna’. While Ranveer looked dapper in all-black suit and white shirt teamed up with a tie and formal shows, Salman can be seen wearing a black shirt teamed up with matching pants and a blue coat.