The reports of Mohsin Khan entering Salman Khan's show surfaced after it was reported that he will be quitting Yeh Rishta Kya Kehlata Hai soon.

Mumbai: Yeh Rishta Kya Kehlata Hai‘s Kartik aka Mohsin Khan will not be entering the Bigg Boss 15 house. On Saturday, the actor shared a picture of himself on Instagram stories and denied being a part of the controversial reality show. Mohsin Khan mentioned that he is too shy for the show and wrote, “All the rumours of me joining Bigg Boss are not true. Yaar I am too shy for it. Wishing everyone all the best and a blessed weekend ahead Inshallaah.”Also Read - Bigg Boss 15: Shamita Shetty-Umar Riaz Get Into Massive Fight During Captaincy Task

The reports of Mohsin Khan entering Salman Khan’s show surfaced after it was reported that he will be quitting Yeh Rishta Kya Kehlata Hai soon. Reportedly, the last episode featuring Mohsin will go on air in October’s first week. If reports are to be believed, Mohsin is planning for a short break. However, he has not broken the silence on the same so far. Also Read - Bigg Boss 15: Tejasswi Prakash's Health Deteriorates Amid Captaincy Task, Karan Kundrra Lifts Her to Doctor 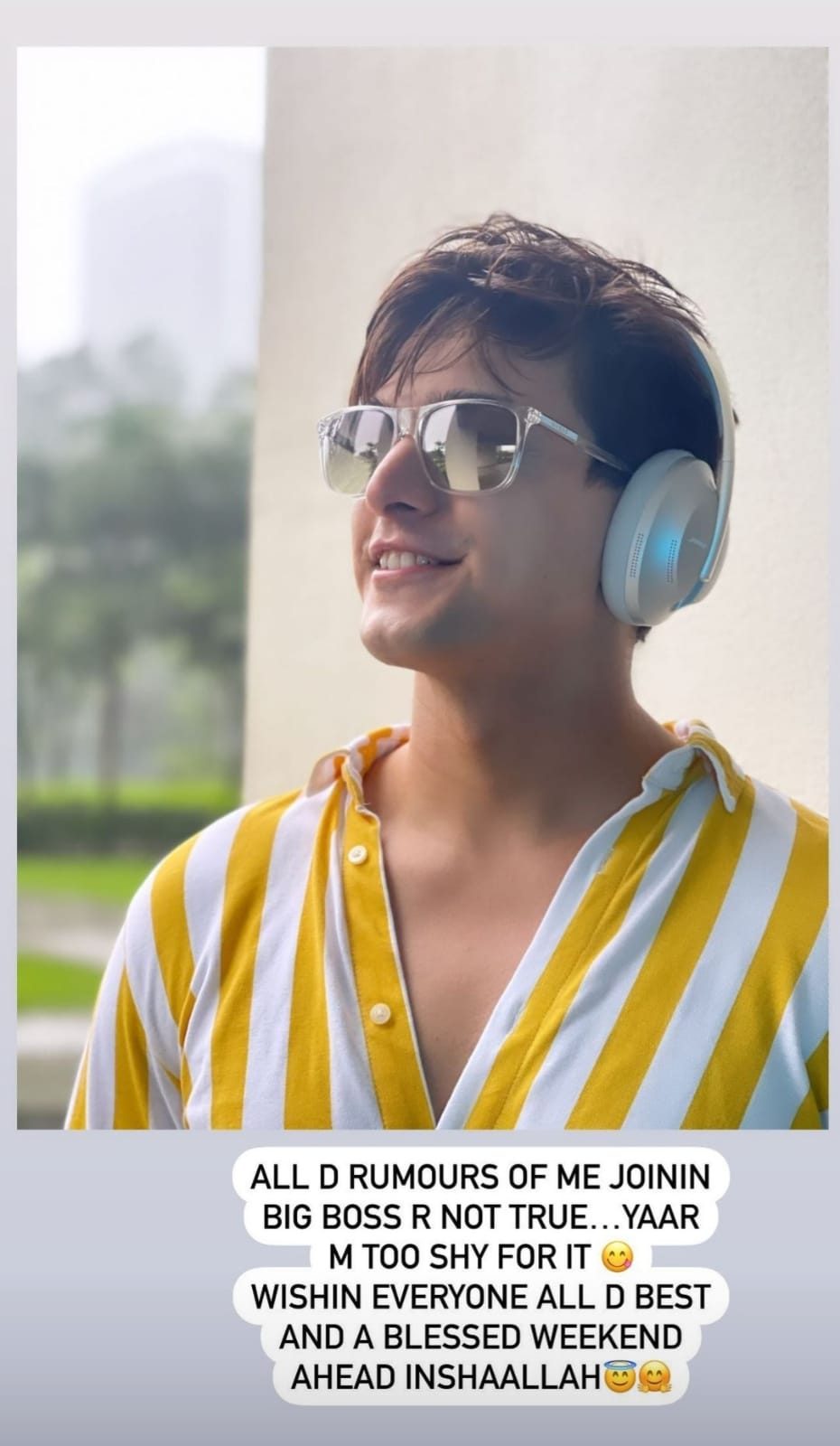 On the other hand, the grand finale of Bigg Boss OTT was held on Saturday in which Divya Agarwal emerged as the winner. Divya and Pratik will now enter Bigg Boss 15 house which is set to premiere on October 2. While the official contestants’ list has not been announced so far, it is being speculated that Nidhi Bhanushali, Reem Sameer, Simba Nagpal, Neha Marda, Sanaya Irani, Amit Tandon, Anusha Dandekar, Disha Vakani, Tina Dutta, Mohsin Khan, Mahika Sharma and Manav Gohil will be locked up inside the house. Salman Khan will be hosting Bigg Boss 15. Also Read - Bigg Boss 15: Wildcard Contestant Rajiv Aditya Plays Game With Ieshaan Sehgaal by Turning Him Against Miesha Iyer - India.com Twitter Poll

Follow this space for more updates related to Bigg Boss.