Hina Khan is the new Komolika of Kasautii Zindagii Kay and the audience just can’t wait to see her making entry into the lives of Prerna and Anurag, played by Erica Fernandes and Parth Samthaan, respectively. The actress is the new rage on Hindi TV with her introduction promo, released by Ekta Kapoor, already creating a stir around. Hina has played an aadarsh bahu – Akshara, for so long on popular show Yeh Rishta Kya Kehlata Hai that playing Komolika is entirely opposite of her TV image. And yet, Hina says she’s here to experiment and carve a new niche for herself in the audience’s heart. Also Read - Ekta Kapoor's Naagin 4 to go Off Air Post Lockdown to Make Way For Naagin 5? Here is All You Need to Know

In an interview with Mumbai Mirror, the actress talked about what she feels for the comparisons with Urvashi Dholakia, who played the iconic vamp character in the original Kasautii… series and more. Hina also mentioned how she bagged the role of Komolika and what she plans to do with it now. Also Read - Ekta Kapoor’s Love-Filled Birthday Wish Video For Karan Johar Has Unseen BTS Videos, Pictures And a Lot More

Revealing that she doesn’t believe in comparisons as every actor brings a new dynamics to a character, Hina said, “As a kid, I would watch the show with my mother, grandmother, and aunties. Urvashi and I are two different actors and people. She did a fabulous job and so did Shweta Tiwari, Cezanne Khan and Ronit Roy (Kasautii… protagonists). I don’t believe in comparisons. Each one of us has our own style and times have changed”. Also Read - Rashami Desai Out of Naagin 4, Makers Decide to Cut Down The Cost by Removing Shalaka From Plot?

She also revealed that coincidentally, her entry onto the show was designed quite similar to how her entry on Yeh Rishta.. looked like. She explained, “It was like history repeating itself. Nine years ago, I started playing Akshara (the show’s lead) with an introduction scene in which flowers are falling on her face and it was the exact same thing for Komolika”. 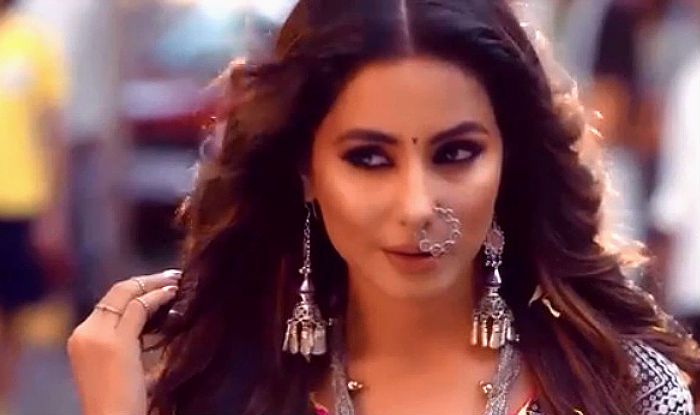 Hina also recalled how Ekta showed full faith in her when she proposed to her the role. “I got a call from Ekta’s (Kapoor) team to meet her. She took me by surprise by offering the role within minutes of the meeting. She said she was keen that I played the part and asked me to take my time. When I asked her why she wanted me for a negative role, she said that I should prove my versatility to the world, ” said Hina.

Well, Hina’s Komolika is definitely providing a new edge to the show… isn’t it?