Hina Khan has taken over the small screen with her Komolika look from Kasautii Zindagii Kay. Dramatic makeup, desi swag and a lot of silver jewellery, Hina’s look has got everything that the audience expected from show’s producer, Ekta Kapoor. Hina’s entry promo has created a stir on the social media and the fans are sure the show’s TRP is going to soar high now that Komolika is here. However, Hina herself is quite nervous about falling at par with the audience’s expectations. After commenting on Ekta’s ‘welcome Hina Khan‘ Instagram post, the actress talked to The Times of India and mentioned how important it is for her to perform the character well since it’s one of Hindi TV’s iconic characters. Also Read - Bigg Boss 14 October 21 Episode Major Highlights: Captaincy Task Breaks Friendships in The House

Hina revealed to the daily that playing Komolika is a big responsibility and she has given a new spin to the popular role. She said, “Playing Komolika is an extremely thrilling experience. However, it also brings a huge responsibility of living it up to the expectations of the viewers. Komolika became a household name who is reminisced even today. She is strongly instilled in the hearts and minds of the viewers. I will try to retain the essence of the old character, but with a new spin.” Also Read - Hina Khan Slays in Rs 33K Midi Dress, Leaves Netizens Mesmerised With Her stylish Look 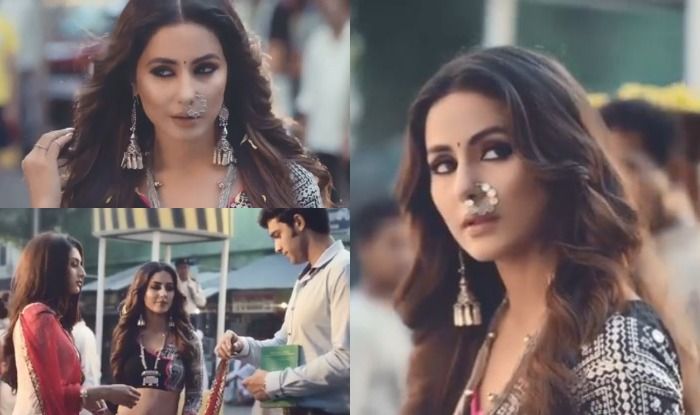 The character was originally played by Urvashi Dholakia, who was appreciated for the same. Hina understands the shades of the character well. In her statement further, the Yeh Rishta Kya Kehlata Hai actress mentioned how she always wanted to push herself as an actor and playing Komolika is the best step in that direction.

She added, “Komolika is not a typical vamp, she has a lot of shades to her which unfold as the story progresses which enticed me to play the character. Viewers will see me in an entirely new avatar and I always wanted to try something new to push myself as an actor”.