Treating fans with their sultry chemistry this Tuesday, television sensations Hina Khan and Kushal Tandon grabbed eyeballs as they promoted their upcoming film. Touted to be a “nailbiting” horror story, the film is yet to be titled. Also Read - Naagin 5: First Look of Ekta Kapoor's Show Goes Viral, Fans Want Hina Khan to Play The Lead

Setting the shutterbugs on a frenzy, Hina and Kunal stepped out twinning in casual white tees and blue denim. Adding ooze to oomph, Hina sported bangs as she teamed her white tee and denim shorts look with an off-white shrug. Completing her look with a pair of spotless white shoes, Hina smiled for the cameras. Kushal, on the other hand, sported a pair of brown sunglasses that matched his brown loafers as he posed with his hands in the pocket. Also Read - Hina Khan's Workout Tip: 'Wearing Stylish' Matters When You Sweat it Out 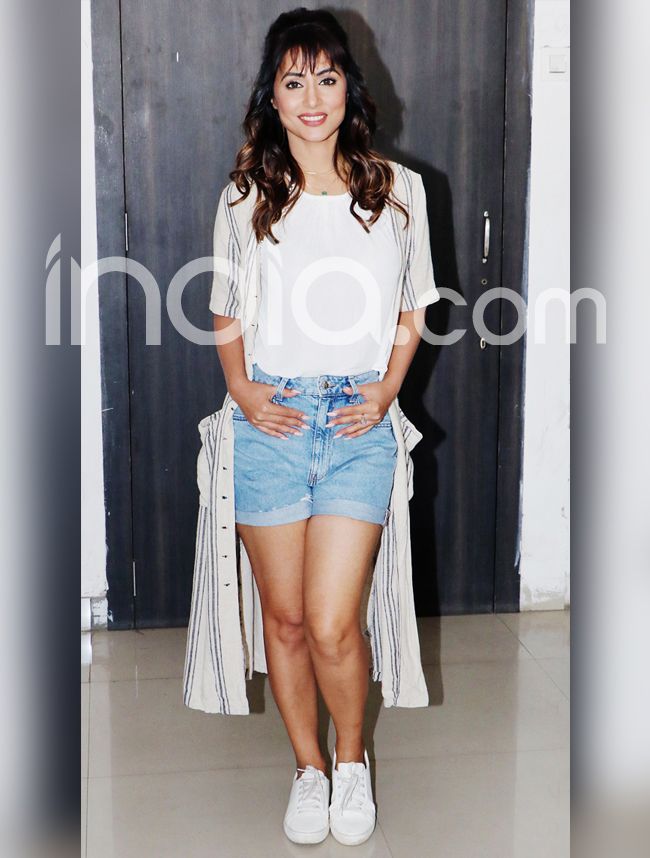 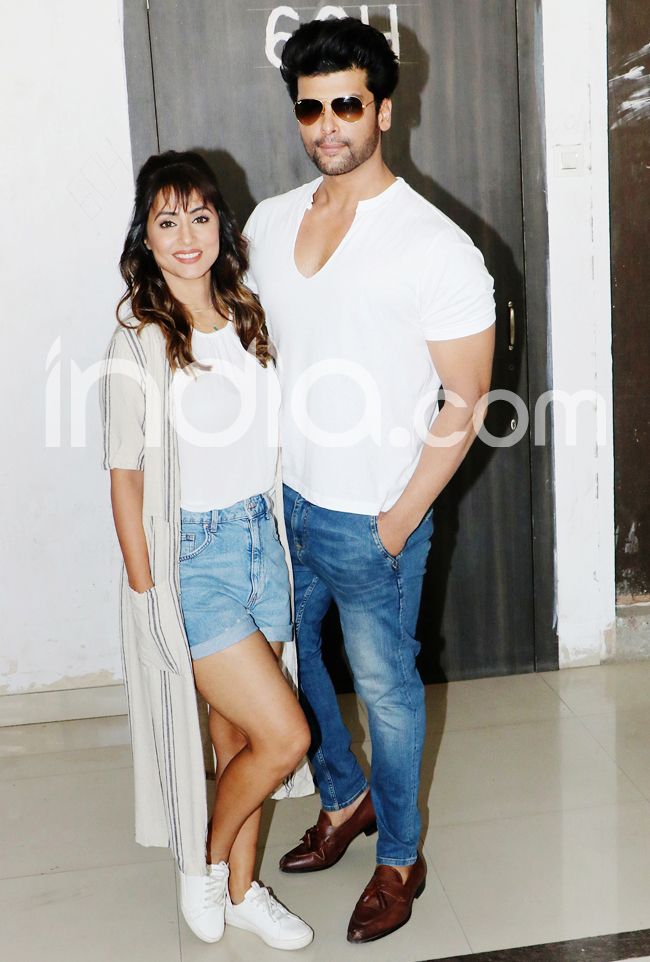 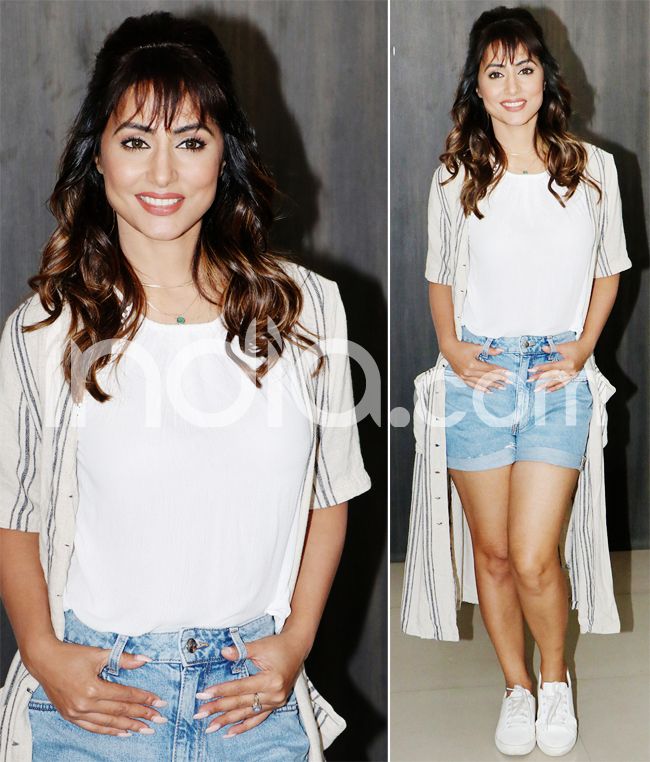 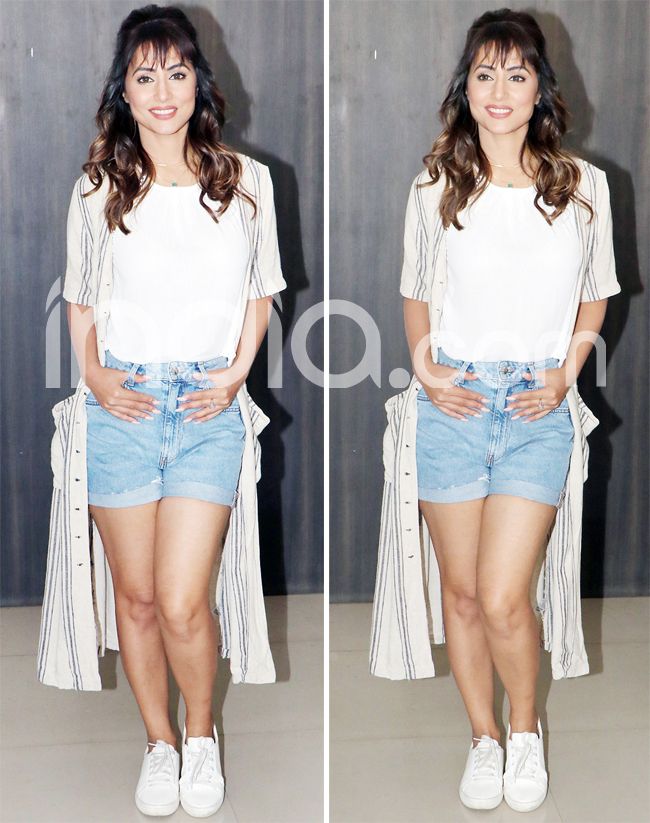 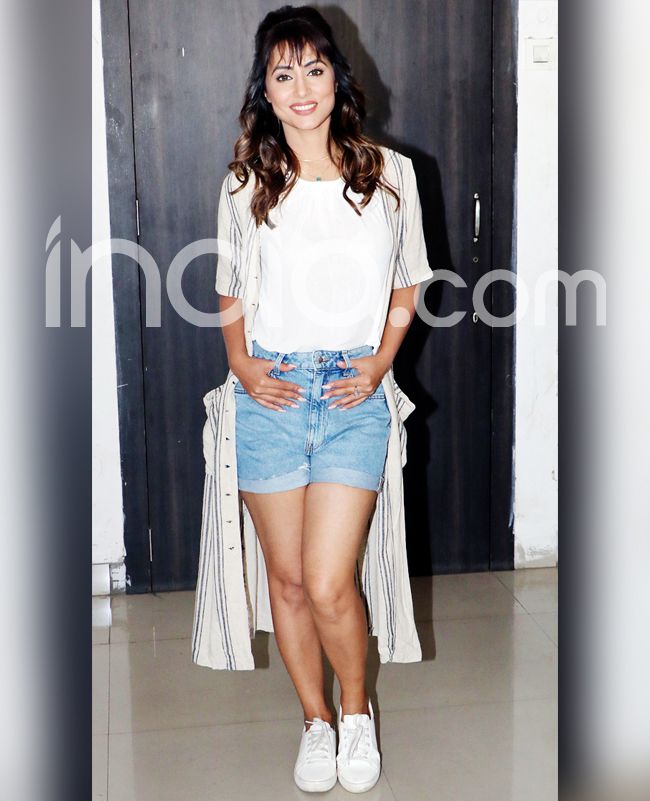 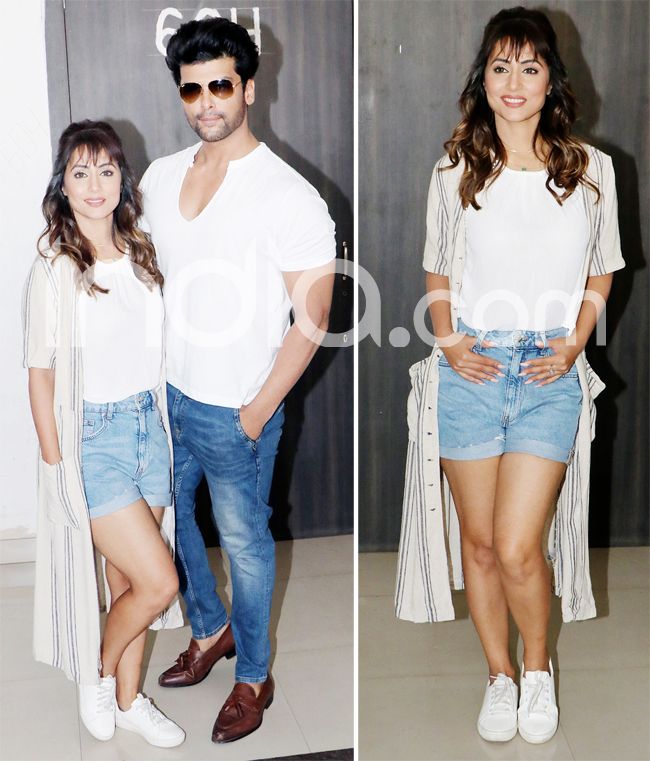 The untitled horror series is a love triangle where things get ugly when the protagonist realises that she is about to lose the man of her dreams to her flat-mate. The series will feature on OTT platform, Zee5.

Talking about the same to a news agency earlier, Hina shared, “It was a nailbiting script and I knew I wanted to play the character from the word go. The script had me hooked from start to finish, and for me to do justice to the role, I will have to tune into a different mindspace and get under the skin of the character.”

The storytelling has reportedly been infused with high-tech effects and technology. Talking about the same, Kushal had shared, “Tech horror is an extremely interesting genre and I am thankful to get a chance to work with ZEE5 on this film. We have had extensive narration sessions, and that has made me question on how technology can get the better of us! The script is well layered and every character has demons, which come alive as the film progresses.”

The shooting for the same went on floors this January. Helmed by Debatma Mandal, the project will also feature Aditi Arya and Rishabh Sinha.