Hina Khan recently revealed that she's doing two shows with Ekta Kapoor. One of them is Kasautii Zindagii Kay

Hina Khan is all set to enter Kasautii Zindagii Kay as the new Komolika in the coming week. The actress has already created a stir with her introductory promo and the audience are waiting with bated breath to witness her ‘Nikaaa…’ stint on the show. However, there’s something else that might bring more excitement to all Hina-fans. Seems like the actress will be soon be seen in another Ekta Kapoor‘s show. Also Read - Hina Khan Shares Her Refreshing Workout Pictures Amid Coronavirus Lockdown, Looks Ravishing

As revealed by Hina herself in an interview to Mumbai Mirror, the actress has been offered two shows by Ekta. One of them of course, is Kasautii…, the details of the other one have been kept under the wraps. Hina praised Ekta in the interview for her vision towards stories. She also said that the TV’s czarina knows exactly what she wants from which actor in her shows. She said, “Ekta Kapoor is the queen of television with a vision like none other. If she can see me playing two diametrically different roles, why should I shy away”. Also Read - Hina Khan Sketches Map of India Under Lockdown While Spending Quarantine Time at Home - Check Viral Photos 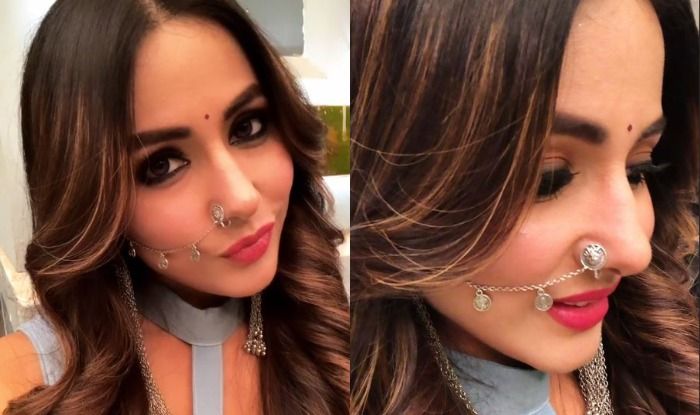 Hina also mentioned that she was flooded with work offers when she came out of Bigg Boss 11 but she was waiting for something different and Ekta offered her the same. She explained, “After Bigg Boss, I was flooded with positive roles and let go of four such big shows. But when I met Ekta, and she offered me the best of both worlds, I couldn’t say ‘no’. It’s a compliment that she has confidence in me to pull off the two characters”.

Hina also posted a few pictures from her Komolika look on Instagram recently. Wearing her statement nose ring, a lot of junk jewellery with those heavily-kohled eyes and all that swag, Hina looked like she is here to set our TV screens on fire. She has now actively started shooting for Kasautii… and will make an entry in one of the episodes going to air in the coming week. Watch out!