Indian Idol 12: Arunita Kanjilal Told THIS to Pawandeep Rajan After Winning The Show

Indian Idol 12: When Pawandeep Rajan was announced as the winner, it was his best friend Arunita Kanjilal beside him who said something in his ear. Read to know. 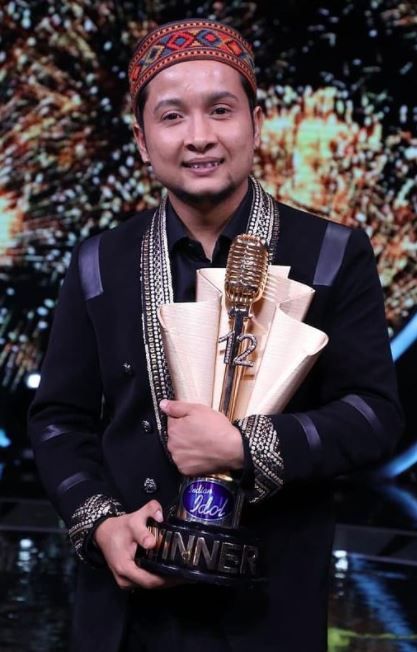 Pawandeep Rajan is the winner of Indian Idol 12

After Pawandeep was declared the winner, she hugged him. While speaking to a media daily, Pawandeep revealed what Arunita told him after the grand finale moment. He told, “We haven’t got much time to speak but on the stage, Arunita said congratulations and that she is really happy for me”. He told Indianexpress.com, “It’s an unmatched feeling to be holding the trophy. However, given the close bond, we formed over the past few months, I wanted each one of us to win. I wish I could share the trophy with all my five other finalists. It’s a very mixed feeling for me right now. I know that everyone is so talented that we will all forge great careers soon. We will also be collaborating together whenever we get a chance.” Also Read - Bade Achhe Lagte Hain 2: Pawandeep Rajan-Arunita Kanjilal To Make Special Appearance For Ram and Priya's Sangeet Ceremony

Arunita Kanjilal was declared the first runner-up and Sayali was announced the second runner-up. Indian Idol 12 winner was announced after a 12-hour-long grand finale on August 15 on the occasion of Independence Day. The finale was attended by several singers, including Kumar Sanu and Udit Narayan. Also Read - Pawandeep Rajan-Arunita Kanjilal Win Hearts With Their Chemistry in O Saiyyonni, Fans Say 'Kadak Song'