Mumbai: The upcoming episode of Indian Idol 12 will have chief guest Bollywood lyricist Javed Akhtar, who will grace the show. We all know that Indian Idol 12 contestants never fail to impress fans, audience, judges and this time again, the contestants have surprised Javed Akhtar with their soulful performances on songs penned by him. The makers have shared a new Indian Idol 12 promo where contestant Arunita Kanjilal is seen performing on ‘Tere Liye’ from Veer Zara.Also Read - World Music Day: Remembering Lata Mangeshkar, KK, Sidhu Moosewala, Others Who Died in 2022 | List of Songs

As Arunita sings soulfully, Javed Akhtar keeps one hand on his face to listen to her voice carefully. Impressed with Arunita Kanjilal’s performance, Javed said she reminds of Lata Mangeshkar. “Inhone Lata Ji Ki Yaad Dila Di’. In the end of the video, Javed Akhtar gets up from his chair to clap. Also Read - Don 3 Latest Update: Shah Rukh Khan - Farhan Akhtar Team up After a Decade, SRK Fans Go Berserk - Check Reactions 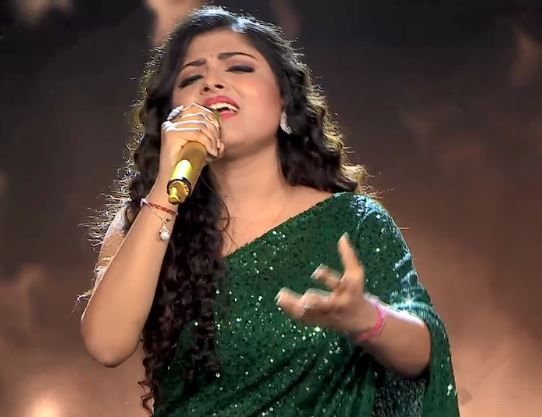 Arunita’s singing has also impressed the singing show’s judge Himesh Reshammiya. He decided to launch her and Pawandeep Rajan together in his new album. The duo will feature in the first song of Himesh Reshammiya’s next album, Moods with Melodies. The release date of the song will be announced on June 21 which also happens to be World Music Day.

In another Indian Idol 12 promo, Javed Akhtar was impressed with Mohd. Danish’s performance as he crooned Afreen Afreen penned by Akhtar.

Watch this space for more updates on Indian Idol 12.