Kapil Sharma-Ginni Chatrath Wedding Invitation Out: Comedian Seeks Blessings From Fans While Posting Photo of The Card on Social Media

Kapil Sharma and Ginni Chatrath are getting married on December 12 in Punjab. Take a look at their wedding card

Kapil Sharma has taken to Twitter to post the invite of his wedding with Ginni Chatrath, which is set to happen on December 12. Thanking his well-wishers and asking all to bless him as he starts a new journey, Kapil has also written a lovely caption with the photo. It reads, “With great joy in our hearts and blessings of our parents, it gives us immense pleasure to announce that Ginni and I will embark on a new journey of love, respect and togetherness on 12th of December, 2018.We would like to thank each and every one who has been a part of our wonderful sojourn and seek the best wishes and prayers of all our loved ones, lots of love”. Check this out: Also Read - Kapil Sharma Abused For Not Posting on Sushant Singh Rajput's Suicide Case, he Hits Back at The Troll

Also Read - Kapil Sharma to Work With Sunil Grover Soon? He Says Planning And Ideation Are Going on
View this post on Instagram
Also Read - Guzar Jayega: Amitabh Bachchan Teams up With Over 65 Celebs Including Kapil Sharma And Sunny Leone For a Motivational Song Amid The Pandemic

The wedding is reportedly happening in Jalandhar, Punjab. This seems like an important phase in the life of the popular comedian. While he’s getting married, he is also set to return with the second season of his famous comedy show — The Kapil Sharma Show. The makers released the teaser of the show earlier today without revealing its premiere date. However, the reports suggest that the show will be going on air from December 23.

It is also being said that Kapil has planned two wedding receptions – one for his relatives and friends in Punjab and one for the industry friends in Mumbai. The second wedding-party is expected to happen on December 24, just a day after his show reportedly goes on air. 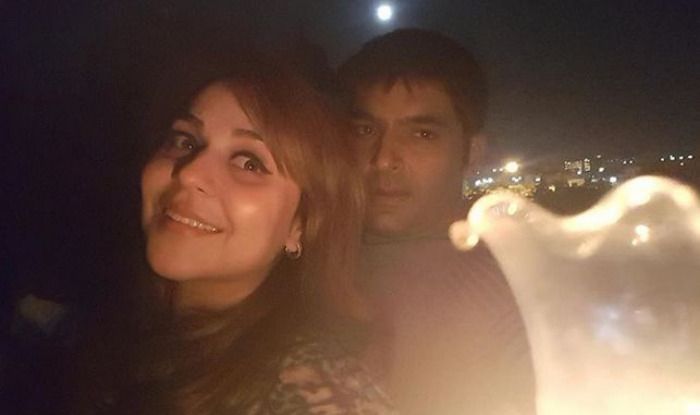 Earlier, talking about how he decided to get married, Kapil said, “My mother has been saying that I should get married for a long time. Suddenly I realised that ‘abhi age ho rahi hai’. So, I thought what if she says ‘no’ and after one or two years, and no one agrees to get married to me”.

He also talked about Ginni and told Hindustan Times, “She takes good care of me and is a huge support in my life. People like me are surrounded by many people at work or events or otherwise, but when you come home, ghar khali lagta hai.”