Kapil Sharma will be roasting Saif Ali Khan, Jacqueline Fernandes and Yami Gautam this weekend in The Kapil Sharma Show.

Mumbai: This Saturday in The Kapil Sharma Show, the audience will witness the cast of Bhoot Police– Saif Ali Khan, Jacqueline Fernandes and Yami Gautam. The episode promises loads of fun for the audience as Kapil will be seen pulling Saif Ali Khan’s legs. While the cast of Bhoot Police will be seen sharing interesting stories form their time shooting and enjoy fun banter with Kapil Sharma. Arjun Kapoor is missing from the film promotion.Also Read - The Kapil Sharma Show Themed Ganesh Pandal In Chhattisgarh Is The Cutest Of All, Comedian Says 'Wow' | Watch 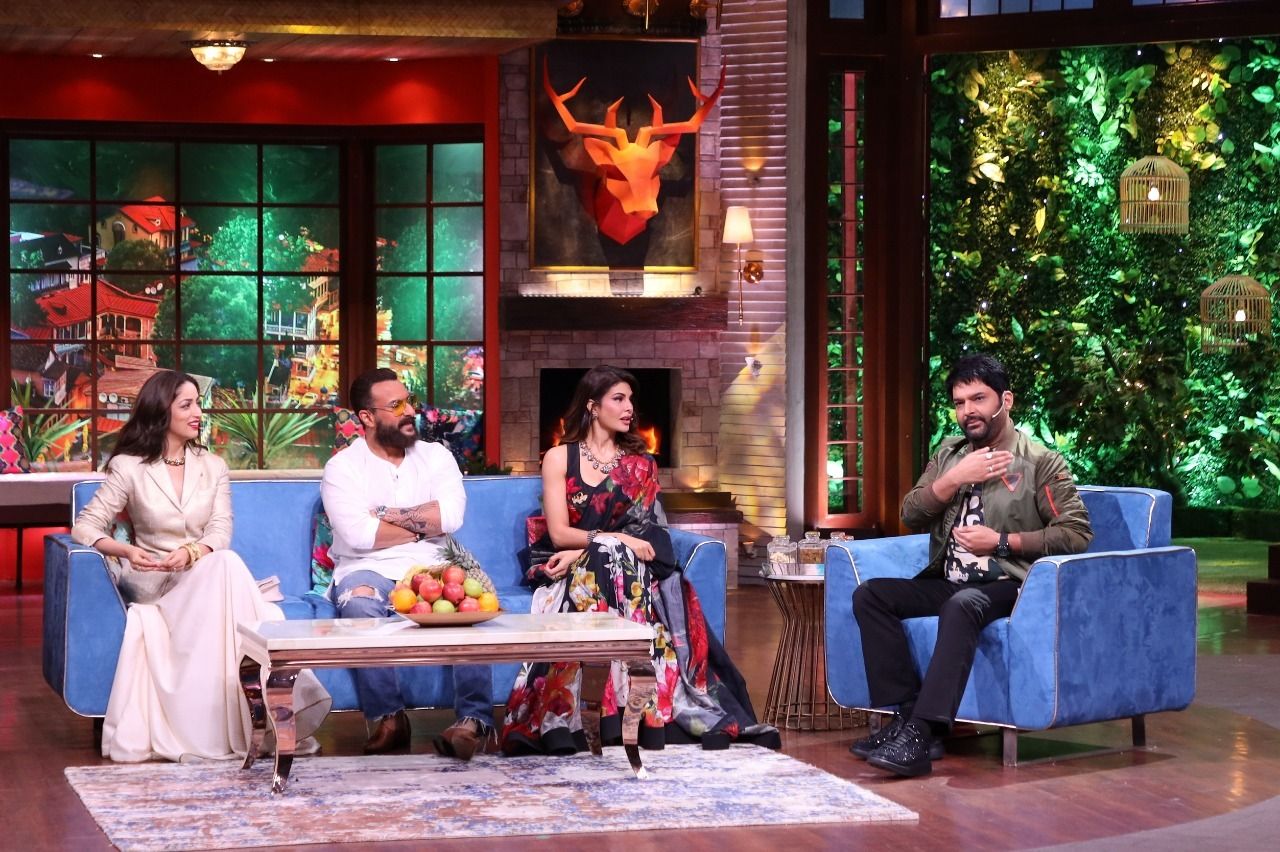 In a clip shared by the channel, Kapil Sharma introduced Saif, Yami and Jacqueline and complimented them for what they are wearing. While looking at Saif’s yellow tinted sunglasses, the comedian said, “Yeh Jaundice Wale Chashme Kaha Se Milte Hain (From where do you get jaundice-glasses). Also Read - Saif Ali Khan Reveals Why He Cannot Sing Lullabies to Taimur And Jeh

Speaking to Yami Gautam, Kapil took a dig at her on a recent statement that she made i.e. The actor wanted to take her and husband Aditya Dhar’s family to their honeymoon. “Aapko kisine bataya nahi ki family leke nahi jaate, wahaan pe jaa ke banate hai (Did no one tell you that you don’t take family on your honeymoon, you go to start one)?” he joked. Also Read - Jacqueline Fernandez Looks Radiant and Drop-Dead Gorgeous in Rs 54K Red Embroidered Saree

In Sunday’s The Kapil Sharma Show episode, veteran singers Udit Narayan, Anuradha Paudwal and Kumar Sanu will be seen. The musical trio will be seen serenading the audience with some soulful and foot tapping chartbusters from the 90s era.