Karan Kundra-Tejasswi Prakash to Break up in Bigg Boss 15? #TeJRan Fans Worried After Actor Says ‘It’s Not Working Out’

In the race to the final, will Karan Kundra and Tejasswi Prakash be able to maintain the momentum of their love story?

Bigg Boss 15 Ticket to Finale: Bigg Boss 15 fans are adoring Karan Kundra and Tejasswi Prakash‘s love story inside the house but looks like the lovebirds are falling apart. The race to the finale has created tension between Karan and Tejaswi. Everything that happens in the Bigg Boss house is severe, whether it’s love or fighting, but this season, everything happens too suddenly; they fight, resolve, and some even fall in and out of love.Also Read - Shamita Shetty Confesses Her Love For Raqesh Bapat Loud And Clear: Jise Main Bahot Pyaar Karti Hun...

Tejasswi was visibly displeased when Karan withdrew her name from a recent task. When the two of them discussed it, Karan, unequivocally said that he did it on purpose because she was being egoistic. Fans are heartbroken because the two acknowledged that they weren’t on the same page. Karan went a step farther and stated, “It’s not working anymore.” Also Read - Umar Riaz Clearly Says His Bigg Boss 15 Eviction Was a Lie: 'Was told There Were no Votes But we Know it Was a Lie'

The internet went crazy when Karan admitted to having a little crush on Tejasswi. Ever since then the love story seemed to grow every day. Their supporters have given them the name ‘Tejran.’ Amid the finale tension, the majority of fans backed the Swaragini actor, while others continued to ship #TejRan by stating that everything will work out. 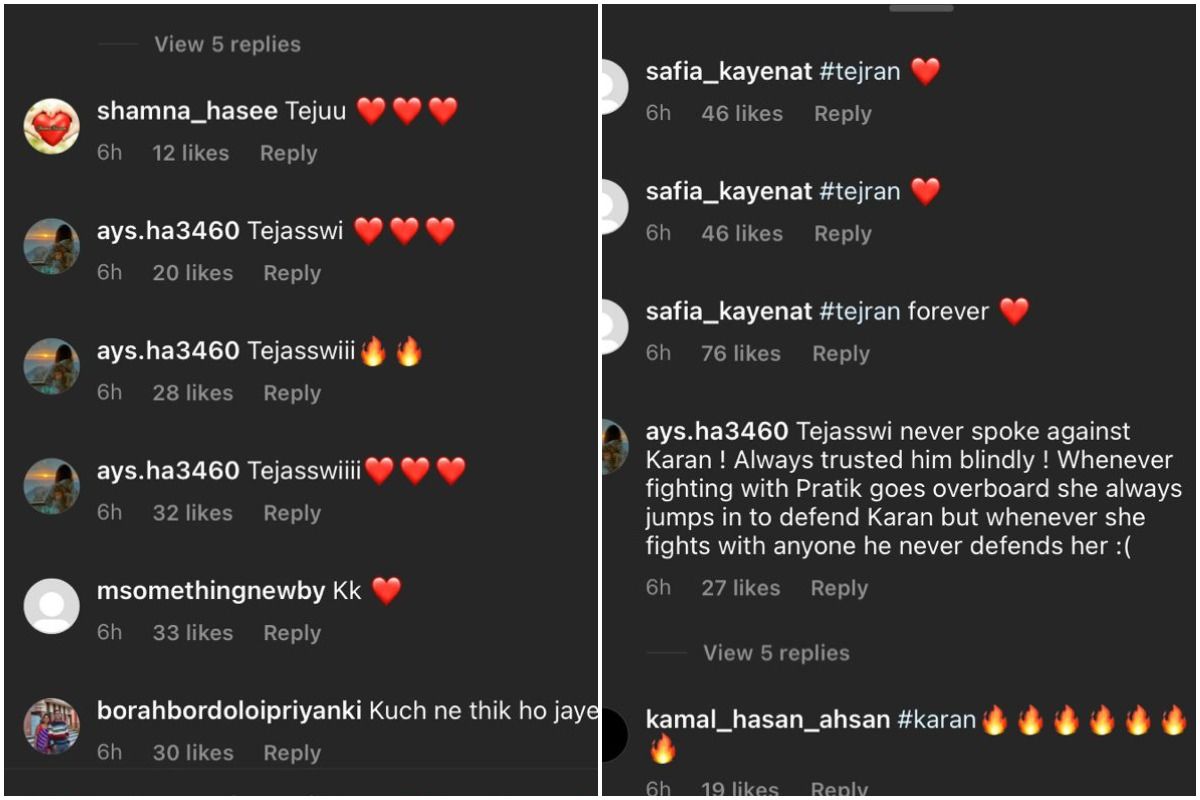 Will Karan and Tejasswi end their relationship in Bigg Boss 15? Watch this space for more updates on #TejRan