Mumbai: This weekend in Super Dancer Chapter 4, the audience will witness Karisma Kapoor as the guest judge. The contestants along with their super gurus will be seen paying a befitting tribute to the actor. Karisma will be seen mesmerizing one and all with her effervescent personality, and grooving with the kids on her chartbusters. Karishma Kapoor surprised contestant Pruthviraj by gifting him five pairs of shoes.Also Read - Kapoor Sisters- Kareena And Karisma Party Hard On Monday Night With KJo & Manish Malhotra, See Inside Pics From The Fun-Filled Bash

Super Dancer Chapter 4 contestant Pruthviraj and super guru Subhronil performed on the song ‘Phoolon sa chehra tera‘ and depicted Karisma Kapoor’s journey through the act from a child to an adult. The act came alive through pictures of the actor projected as the backdrop. She brought an entire rack of shoes for him, with five different styles! An overjoyed Pruthviraj was confused as to which pair to choose from but Karisma assured him that all the shoes were his. Also Read - 'Something's Fishy' Between Kapoor Sisters Kareena & Karisma- Check Out

Karisma Kapoor said: “I loved it guys, thank you so much. I am feeling very emotional. Really, suddenly I am just feeling overwhelmed. Firstly, both of you have amazing energy. Thank you so much for this beautiful tribute. It’s very special to me.” Also Read - 'Shaadi Mubarak': Rockstar Ranbir Kapoor Returns To Work Post Wedding With Alia Bhatt-Watch

Karisma went on to add that: “My entire family is Pruthvi’s fan and brought a surprise gift for the little boy.” 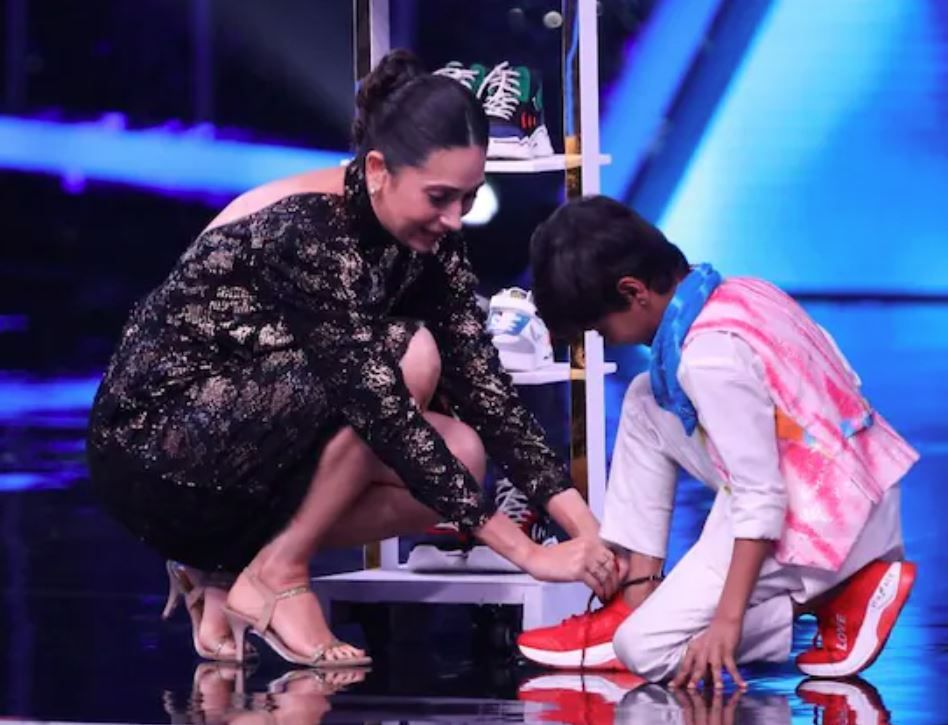 Shilpa Shetty Kundra, who is one of the judges of Super Dancer Chapter 4, skipped the shooting on Tuesday because her husband Raj Kundra was arrested on Monday in connection with an alleged pornography racket. He has been sent to police custody till July 27, news agency ANI reported. Mumbai Police said in the court that they suspect that the money earned from pornography was used for online betting, the news agency said. They added that transactions between Raj Kundra’s Yes Bank and United Bank of Africa accounts need to be investigated now.