Urvashi Dholakia recently took Hina Khan's name and said that the baton has been passed. Now, Nakuul Mehta has something on the same lines

Ekta Kapoor’s Kasautii Zindagii Kay is successfully entertaining the audience with its new star cast. While Erica Fernades has stepped into the shoes of Prerna Sharma, Parth Samthaan is the new Anurag Basu. The other characters of the show have also seen a makeover. However, the one role which is most awaited is Komolika. Actress Urvashi Dholakia had played the character in the original series years back. However, this time, speculations are rife that actress Hina Khan is the new Komolika of the small screen. While there’s no confirmation from either the makers or Hina herself on the news, the teaser hinted that she is playing the popular character. Also Read - Parth Samthaan Breaks Silence on Kasautii Zindagii Kay Going Off-Air Because of His Exit, Says 'Apologised to Ekta'

Later, in an interview with Spotboye, Urvashi also mentioned how she wants Hina to do justice to the character. And now, seems like there’s another confirmation from the industry. Hina’s good friend and TV’s heartthrob, Nakuul Mehta aka Shivaay Singh Oberoi posted a cute birthday wish for the former Yeh Rishta Kya Kehlata Hai actress on Instagram, hinting that she is indeed the Komolika of new Kasautii Zindagii Kay. The actor wished Hina a ‘Komoolicious year on her birthday’. Check out the post here: Also Read - Erica Fernandes Parties Hard With Kasautii Zindagii Kay Stars, Looks Pretty in Her LBD 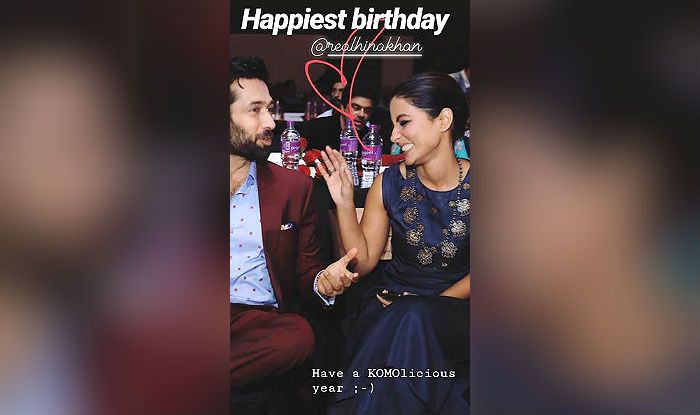 Earlier, talking about ‘passing the baton’ to Hina, Urvashi had said, “Ekta (Kapoor) put her trust in me 18 years ago, the same she is doing now on Hina. Ekta has an eye for detail. Ekta has an eye for performers. Like she extracted what she wanted from me, I am sure she will extract it from Hina too. The baton has been passed and I wish Hina ‘Good Luck’ in all honesty”. Also Read - Shweta Tiwari's Weight Loss Journey: 40-Year-Old Actor Sheds 10 Kgs, Looks Fabulous

Meanwhile, the chemistry between our new Anurag and Prerna is being appreciated by the audience. More twists and turns in the plot are expected to bring these two closer. Also, Komolika is expected to make an entry in the storyline sometime around Dusshera.

Watch out this space for the latest updates on Kasautii Zindagii Kay!