Kasautii Zindagii Kay Written Update: Ronita flips from her statement against Naveen and rather refuses to recognise him

Kasautii Zindagii Kay Update: Ronita flips from her previous statement against Naveen. She refuses to recognise Naveen and says that she is meeting him for the first time. She then tells everyone that Anurag believed her when she told him that she was Naveen’s ex-wife. She also adds that Anurag’s friend, Rahul asked her to create this story because he hates Naveen and wanted his marriage with Prerna to be called off. Anurag keeps insisting that Naveen is not a good man and he is indeed Ronita’s ex-husband, Pradeep Basu. However, an annoyed Mohini slaps him. Anurag gets upset and goes to his room silently.Also Read - Urfi Javed Officially Changes Her Name To Uorfi, Asks Everyone To Be 'Mindful'- See Post

Moloy asks Rahul to leave. Mohini then moves to Prerna and tells her that she is the reason behind every problem here. She also throws Ronita out of the Basu house and asks her to never come around her family. Anurag stops Ronita outside and asks her why she lied in front of all. She refuses to divulge any detail. He tells her that she should feel guilty for letting Prerna suffer. He tells her that he feels helpless seeing his best friend, an innocent Prerna being trapped by Naveen. Anurag then asks her if whatever she told him about Naveen earlier was true or not. Ronita tells him that everything against Naveen she said earlier was the truth but just when she is about to tell him the reason behind flipping from her statement, she sees Madhuri staring at her. Anurag traces her gaze but Madhuri runs away. He then tries to find out who was standing behind him. Meanwhile, Ronita runs out of the Basu house. Also Read - 'Bas Chup': UP Official Tells Grieving Ghaziabad Mother Who Lost Son in School Bus Tragedy 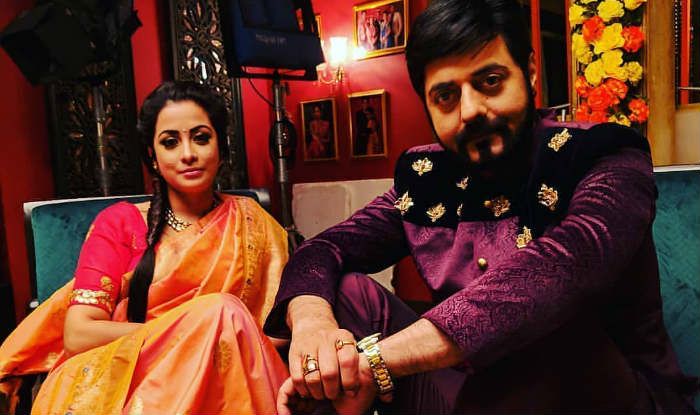 Naveen goes to his room and calls Madhuri to ask her how did she manage to make Ronita change her statement. Madhuri tells him that she kidnapped Ronita’s mother and blackmailed her. She told Naveen that she asked Ronita to change her statement against him and speak against Anurag because her mother is with Madhuri’s goons and they can cause harm to her. She explains how Ronita folded her hands in front of her and agreed to talk against Anurag. Also Read - Erica Fernandes on Refusing Bold Shows: Boldness is Forcefully Added to Sell

Anurag gets to know that it was Madhuri hiding outside. Ronita then goes to see her mother and tells her that they are immediately leaving for Delhi. Anurag goes to his room and finds Naveen there. Naveen tries to make Anurag feel embarrassed but he gives him back. Anurag tells him that he knows everything about him and he should not think of himself as a tiger. He tells him that after listening to Ronita, he now knows what kind of disgusting man he is. The pre-cap of the next episode shows Prerna apologising to Anurag for everything that happened at her Sangeet ceremony. Watch out this space for all the latest updates on Kasautii Zindagii Kay!