Kasautii Zindagii Kay Updates: Mohini tells Anurag that she has something very important to share with him. Naveen tells Prerna that he has got a dance performance prepared for her. Both Moloy and Anupam laugh loud when they hear this. Prerna refuses to dance with Naveen. Mohini tells Anurag about Komolika and how much she liked her. Anurag tells her that this is the 51st woman she has chosen for him. Mohini wants to put Naveen’s pictures on a projector as she wants to do something special for her brother at his engagement. Anurag gets an idea to showcase the pictures of Naveen and his girlfriend. Also Read - Television Celebs Come Forward in Phir Jagmagayega Hindustan Video, Urge People to Stay Indoors

Komolika’s boyfriend is trying to commit suicide by jumping off the Howrah bridge. Komolika goes to him and tells him that she doesn’t love him anymore and he can happily jump off. She tells him that she doesn’t fall for men who run after her. Anurag mixes Naveen’s pictures with the other pictures. Prerna’s sister picks up one photo and is left shocked to see Naveen with some other woman in it. She asks Anurag about it and he explains what he found out about Naveen and how he will never let Naveen ruin Prerna’s life. Also Read - Why Leading Fashion Designers Don't Style TV Celebs? Hina Khan Raises a Poignant Question That Needs Attention 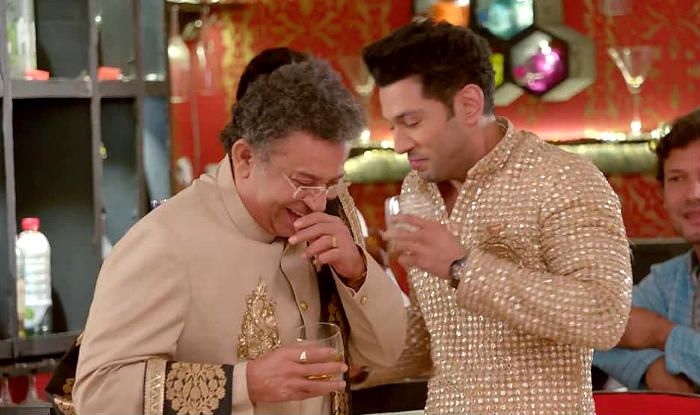 Naveen requests Prerna to dance with him. She feels awkward but Naveen forces her to the dance floor. The two dance together on the beats of Kaho Na Kaho… Naveen asks Prerna to smile but she refuses. Prerna steps on Naveen’s foot and he tumbles down. Moloy, Anupam, Rajesh and others make fun of Naveen and his old age.

Anurag teases Prerna telling her that he knows she keeps thinking about him even when he is not around. He then tells her that she should know he is always with her even when he’s not present physically. In the precap of the next episode, we see Prerna telling Anurag that she would like to dance with him if he is ready. Anurag asks for her hand and the two dance together. Watch this space for all the latest updates on Kasautii Zindagii Kay!