KBC 5 Winner Sushil Kumar Shares About ' Worst Time of His Life' After Winning The Jackpot Money. Tap to Read Here.

Kaun Banega Crorepati season 5 winner Sushil Kumar took to Facebook to pen down an emotional note about his ‘ worst time in life’ after winning the jackpot money. Rs 5 crore. In the long post, he shared that the ‘most difficult time of his life’ where he didn’t know what to do. He revealed details of getting duped, being addicted to alcohol and cigarettes, ruining his relationship with wife, Sushil wrote his heart out explaining the ‘worst time’ between 2015 and 2016. He further says that positivity came back in the past few years like being a successful teacher, an environmental issue worker, quitting smoking, and many more such things that serve as a life lesson. Also Read - 'Alexa, Say Hello to Amitabh Bachchan': Big B Becomes First Indian Celebrity to Lend Voice to Alexa

2015-2016 was the most challenging full time of my life, nothing was left to extinguish what to do. Also Read - KBC 12 New Promo Out: Amitabh Bachchan Comes Back to 'Answer Every Setback'

Due to being a local celebrity, there was a program in Bihar for ten to fifteen days in a month. That’s why education went away slowly.

I used to be very serious about the media at that time and the media used to ask me on a few days what are you doing, I used to do this business without experience, so that I can tell in the media that I am not useless.

The result of which was that the business used to drown after a few days.

With this after KBC I became a donor and got a secret donation. More than 50 thousand in a month used to go to such activities.

This is why some current type of people were also joined and we used to be cheated a lot, which came to know after many days of donating.

Relationships with wife were slowly getting worse.

She often used to say that you do not know the right and wrong people and do not worry about the future, after listening to all this, we thought that we were not able to understand, we used to get a lot of fights on this.

Although some good things were also happening with this in Delhi, I took some cars and started driving it with a friend of mine, due to which I had to come to Delhi for a few days almost every month. In the same way, I was introduced to some media in Jamia Milia. It happened to the boys, then the boys studying in IIMC, then their seniors, then the boys doing research in JNU, some theatre artists etc. When they used to talk about a topic, they seemed like hey! I am a frog of the well. I know nothing about many things. 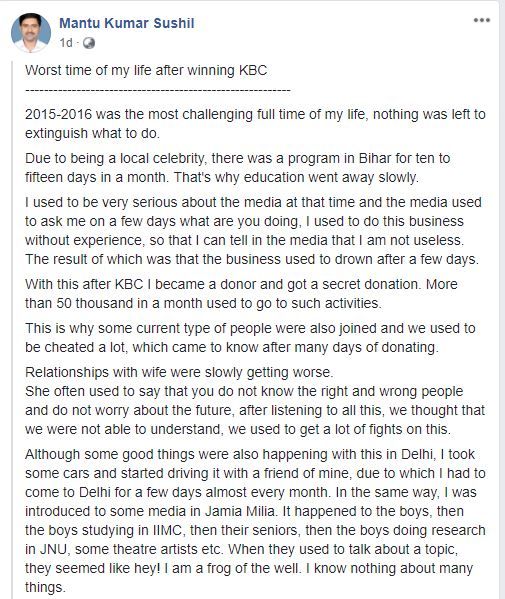 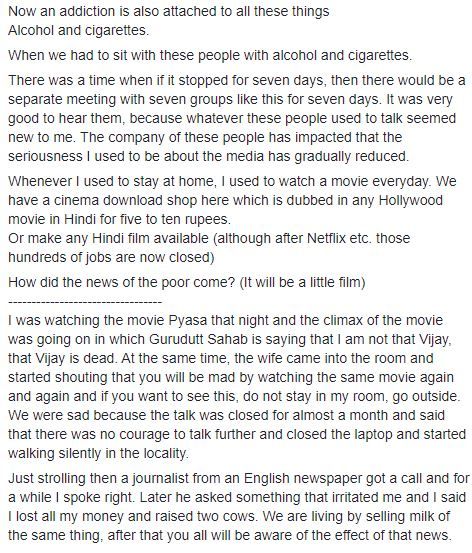 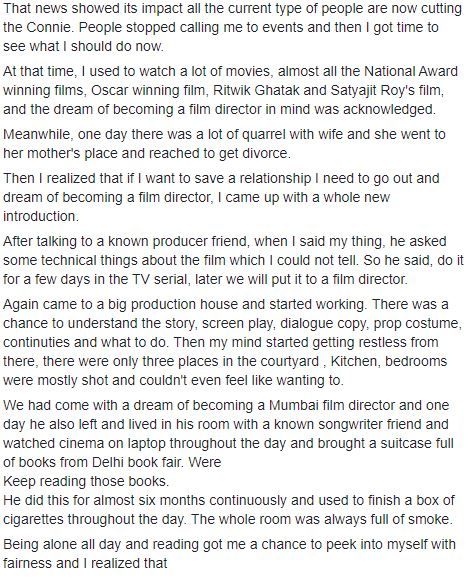 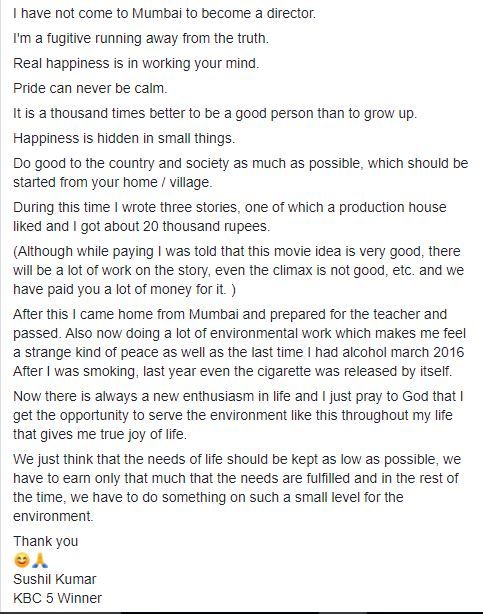 Now an addiction is also attached to all these things

When we had to sit with these people with alcohol and cigarettes.

There was a time when if it stopped for seven days, then there would be a separate meeting with seven groups like this for seven days. It was very good to hear them, because whatever these people used to talk seemed new to me. The company of these people has impacted that the seriousness I used to be about the media has gradually reduced.

Whenever I used to stay at home, I used to watch a movie everyday. We have a cinema download shop here which is dubbed in any Hollywood movie in Hindi for five to ten rupees.

Or make any Hindi film available (although after Netflix etc. those hundreds of jobs are now closed)

How did the news of the poor come? (It will be a little film)

I was watching the movie Pyasa that night and the climax of the movie was going on in which Gurudutt Sahab is saying that I am not that Vijay, that Vijay is dead. At the same time, the wife came into the room and started shouting that you will be mad by watching the same movie again and again and if you want to see this, do not stay in my room, go outside.

We were sad because the talk was closed for almost a month and said that there was no courage to talk further and closed the laptop and started walking silently in the locality.

Just strolling then a journalist from an English newspaper got a call and for a while I spoke right. Later he asked something that irritated me and I said I lost all my money and raised two cows. We are living by selling milk of the same thing, after that you all will be aware of the effect of that news.

That news showed its impact all the current type of people are now cutting the Connie. People stopped calling me to events and then I got time to see what I should do now.

At that time, I used to watch a lot of movies, almost all the National Award winning films, Oscar winning film, Ritwik Ghatak and Satyajit Roy’s film, and the dream of becoming a film director in mind was acknowledged.

Meanwhile, one day there was a lot of quarrel with wife and she went to her mother’s place and reached to get divorce.

Then I realized that if I want to save a relationship I need to go out and dream of becoming a film director, I came up with a whole new introduction.

After talking to a known producer friend, when I said my thing, he asked some technical things about the film which I could not tell. So he said, do it for a few days in the TV serial, later we will put it to a film director.

Again came to a big production house and started working. There was a chance to understand the story, screen play, dialogue copy, prop costume, continuties and what to do. Then my mind started getting restless from there, there were only three places in the courtyard , Kitchen, bedrooms were mostly shot and couldn’t even feel like wanting to.

We had come with a dream of becoming a Mumbai film director and one day he also left and lived in his room with a known songwriter friend and watched cinema on laptop throughout the day and brought a suitcase full of books from Delhi book fair. Were

He did this for almost six months continuously and used to finish a box of cigarettes throughout the day. The whole room was always full of smoke.

I have not come to Mumbai to become a director.

I’m a fugitive running away from the truth.

Real happiness is in working your mind.

Pride can never be calm.

It is a thousand times better to be a good person than to grow up.

Happiness is hidden in small things.

Do good to the country and society as much as possible, which should be started from your home / village.

During this time I wrote three stories, one of which a production house liked and I got about 20 thousand rupees.

(Although while paying I was told that this movie idea is very good, there will be a lot of work on the story, even the climax is not good, etc. and we have paid you a lot of money for it. )

After this I came home from Mumbai and prepared for the teacher and passed. Also now doing a lot of environmental work which makes me feel a strange kind of peace as well as the last time I had alcohol march 2016 After I was smoking, last year even the cigarette was released by itself.

Now there is always a new enthusiasm in life and I just pray to God that I get the opportunity to serve the environment like this throughout my life that gives me true joy of life.

Meanwhile, Amitabh Bachchan hosted Kaun Banega Crorepati is likely to premiere in October. The audition process for the season was done digitally and as per the makers, the participation has been record breaking.