Kishwer Merchant Baby Shower Ceremony Photos: TV actors Kishwer Merchant and Suyyash Rai’s baby is on the way and they cannot seem to contain their excitement. On Thursday, Kishwer-Suyyash have hosted an intimate yet picture-perfect baby shower and it will be attended by their closest friends. The actor shared glimpses of her cute baby shower theme Mehndi design on social media. She opted for a fun mom-baby design for her Mehendi and has a cradle, milk bottle, toys, and several adorable baby items drawn on her hands.Also Read - Who Is Leo Kalyan? British-Pakistani Musician Who Performed At Sonam Kapoor’s Baby Shower Reacts To His Trolling

Apart from Mehendi, Kishwer Merchant gave a sneak peek of baby shower celebrations where the actor is seen coordinating with an event manager. The decoration looks subtle and classy with golden and light pink balloons. The banner placed under the balloons reads as Kishwer’s baby shower and the hashtag used for the event is #SuKishKaBaby. Also Read - Sonam Kapoor-Anand Ahuja Host Classiest Baby Shower: Cheesecake, Customised Tablecloth, Aesthetic Décor- Every Tiny Detail is so Pretty 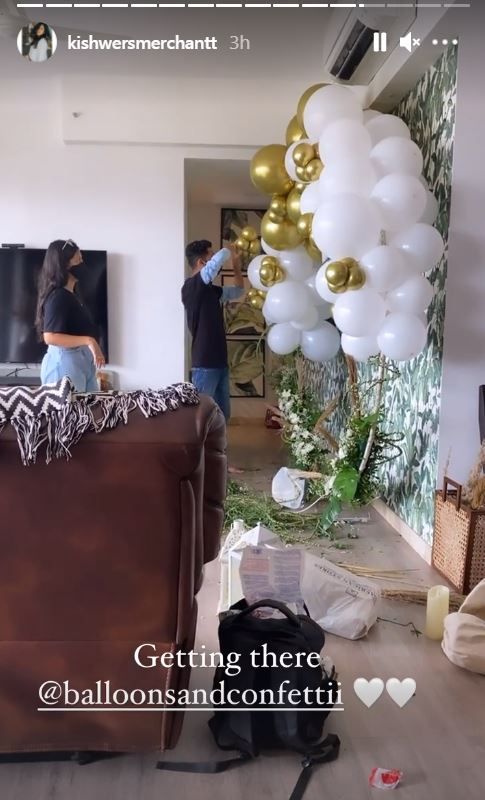 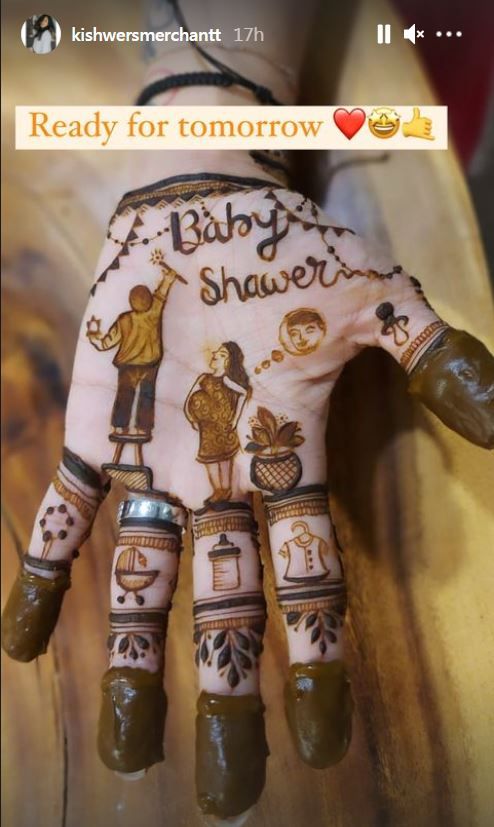 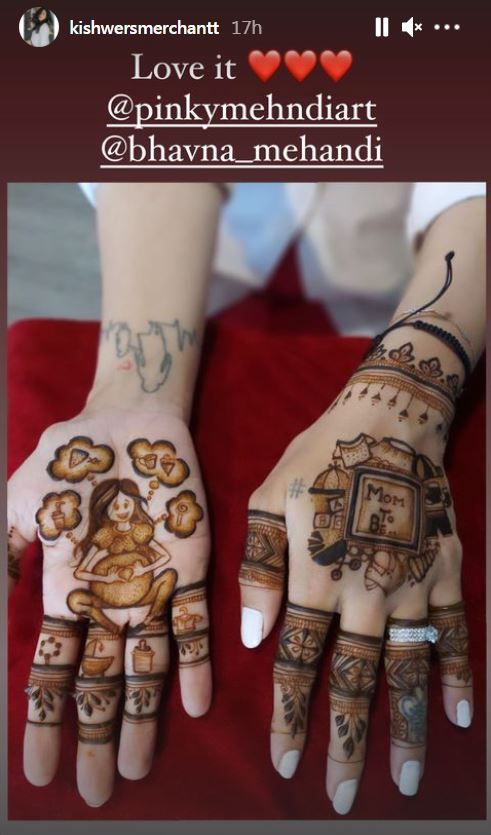 Kishwer Merchant for her baby shower wore a pastel pink sharara suit and completed the look with a bright red dupatta. The mom-to-be wore floral jewelry with red bangles along with the outfit. While Suyyash Rai looked dapper in a pastel blue kurta and dhoti pants. The couple clicked several pics with their pet dog. Also Read - Kishwer Merchant and Suyyash Rai's 4-Month-Old Son Tests Positive For Coronavirus 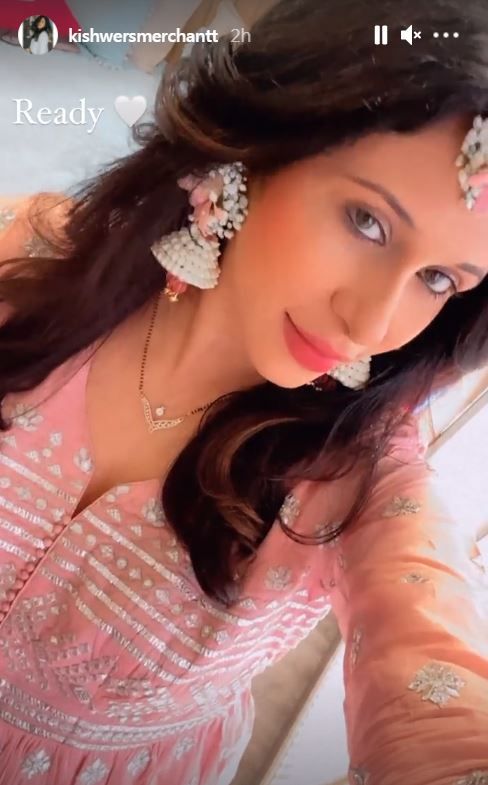 Other photos from the baby shower gave us a glimpse at Kishwer Merchant’s pregnancy glow. See here. 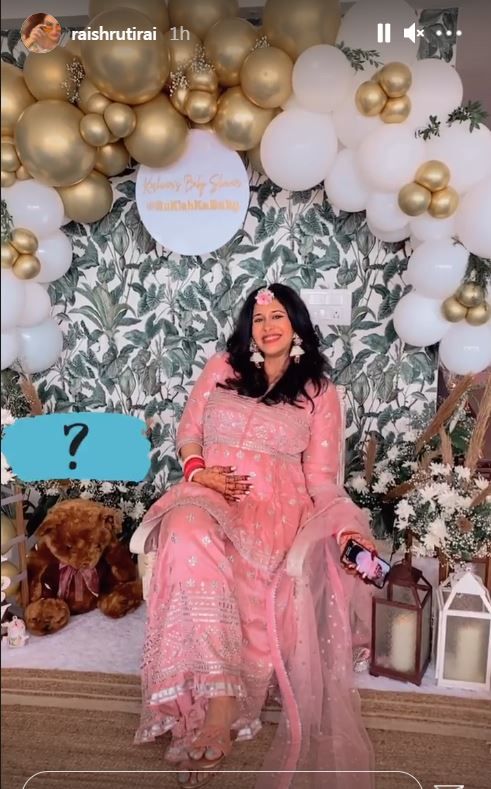 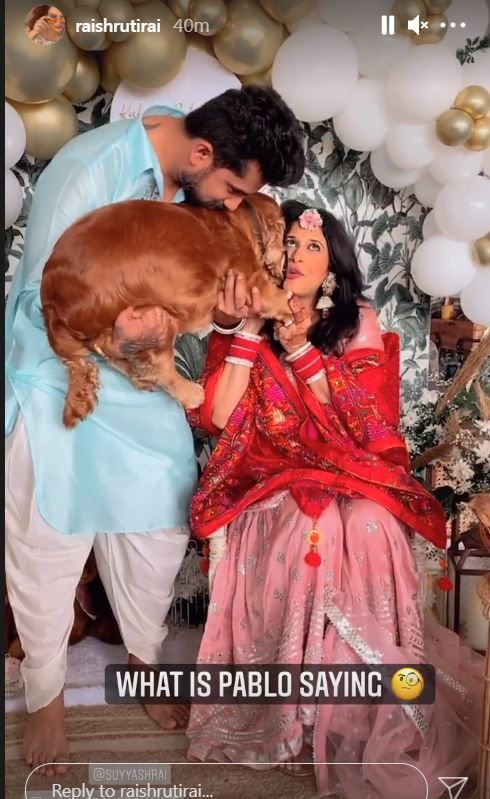 Kishwer Merchant poses with a delicious baby shower cake that has blue and pink designs all over. 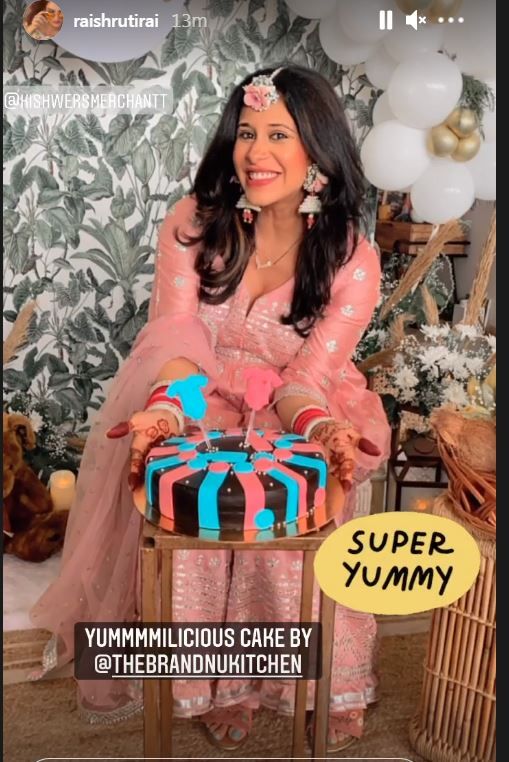 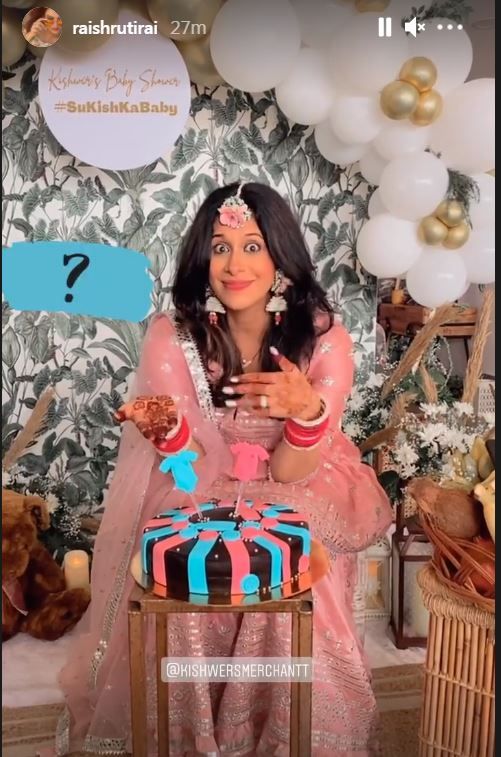 Kishwer and Suyyash announced their pregnancy in March 2021. They are all set to welcome their first baby in August. In an interview, the telly couple opened up on how they are prepared themselves as parents-to-be and how the news was a true surprise for them.