Mumbai: Santosh Anand, legendary Bollywood lyricist who once penned hits like – Ek Pyar Ka Nagma (Shor) and Tera Sath Hai Toh (Pyaasa Sawan) – appearance on Indian Idol 12 moved everyone to tears including singer Neha Kakkar, other contestants and audience of the reality show. Anand, who has spent the last several years in oblivion was once a renowned name in Mumbai, bagging Filmfare for Best Lyricist in 1974 and 1982. But Anand is spending his life in obscurity these days after the tragic death of his son and daughter in law in 2014.

Anand made an appearance on the Indian Idol 12 stage for an episode that was being shot in presence of Pyarelal (of Laxminkant-Pyarelal). Emotions flowed and tears rolled down as Anand started speaking and narrated how he used to fly to Mumbai so often. In his heydays, Anand gave Bollywood hits like – “Aur Nahin Bas Aur Nahin,” sung by Mahendra Kapoor, and the duet “Main Na Bhoolunga,” sung by Mukesh and Lata Mangeshkar.

Anand went on to write songs for iconic movies like Kranti. Yeh Galiyan Yeh Chaubara”, “Tera Saath Hai To”, “Megha Re Megha Re” were some of his other hits. He was a minimalist in every sense. His simple poetry touched everyone. 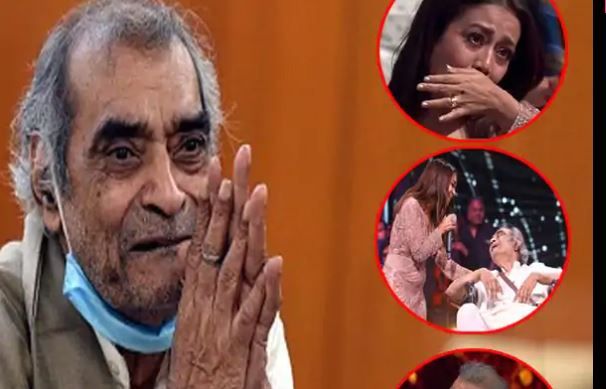 Anand penned the songs for the film Kranti (1981), the highest-grossing Hindi film of that year. The same year, he penned songs such as “Tera Saath Hai To” and “Megha Re Megha Re” in the film Pyaasa Sawan.

“I have been out of work for a long time,” he said on stage. Tears started to roll in the audience as Anand started speaking on stage sitting in a wheelchair and folded hands. “Mai ek udte panchi ki tarah yahan [Bombay] aata thaa aur chala jata tha. Raat, Raat Bhar Jag Kar Geet Likhta Thaa. Maine Geet Nahi, Apney Khoon Aur Kaleje Sety Likha. Itna Achaa Lagta Hai Yaad Karke. Aaaj Aisa Lagta Hai Jaise Din Mey Raat Ho Gyi Ho,” he said. (Rough translation: I used to visit Bombay often. I used to burn the midnight oil while writing songs. It was a passion. I wrote with blood and heart. I enjoyed writing. But today it seems that day and night are the same for me.) 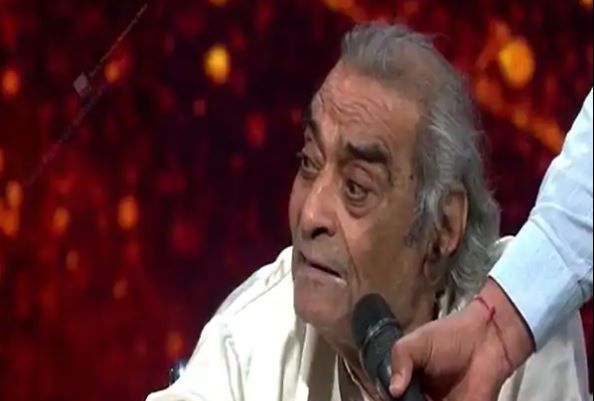 Santosh Anand left judge Neha Kakkar in tears with his moving message on Indian Idol 12, a reality tv show. In 1982, Anand wrote the song “Mohabbat Hai Kya Cheez” under Laxmikant-Pyarelal in the film Prem Rog. He was awarded his second and last Filmfare Award for Best Lyricist for this song.

Santosh Anand has penned a total of 109 songs in 26 films. Born in Uttar Pradesh’s Bulandshahr, Anand was awarded the Yash Bharti Award in 2016. But the singer continues to live his life in obscurity and hardship.