Naagin 3: Anita Hassandani speaks on the show's success and how team worked hard to ensure it

Anita Hassanandani is one of the prominent faces on the small screen. The actress rose to fame from her stint in Ekta Kapoor’s popular romantic TV show, Kkavyanjali, and now she is working on three shows simultaneously. Naagin 3 has her playing the role of Vishaka, while Star Plus’ Yeh Hai Mohabbatein has Anita playing Shagun with Divyanka Tripathi and Karan Patel. She is also a part of Comedy Nights Bachao. Also Read - Anita Hassanandani Shares Intimate Kiss With Hubby Rohit Reddy But Someone is 'Watching Over'

Anita calls herself blessed that she is able to work on three different popular shows on three separate channels. In fact, Naagin 3 is currently the top TRP gainer on the Hindi TV. it also features Surbhi Jyoti and Pearl V Puri in the lead. Anita talked to The Indian Express about her shows and how she’s in the best phase of her career. Mentioning the success of Naagin 3, the actress said that she never expected the show to be this big a hit. She also said that there was a lot of burden on the shoulders of all the cast members since the previous two seasons of this Colors TV show were also very successful. Also Read - Fact Check: Rahul Vaidya Did NOT Shoot With Kareena Kapoor Khan, Rohit Reddy Confirms | EXCLUSIVE 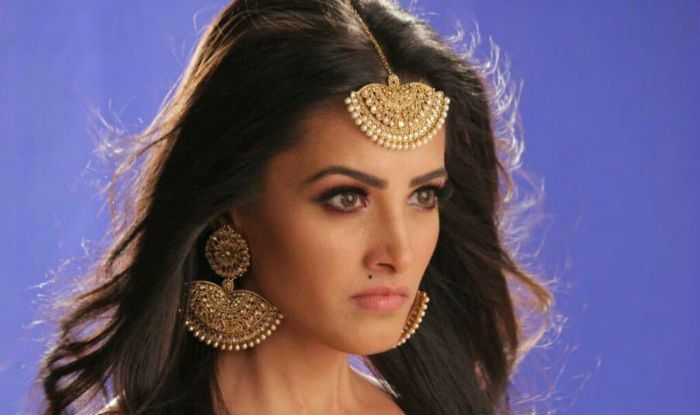 Photo Courtesy: A still from Naagin 3

Anita said, “Honestly, we did not imagine it to do so well. We were quite nervous, for it is a brand in itself and we wanted to maintain its success. The entire team has really worked hard. We wanted to make sure it does well. I am really happy that we managed to entertain the audience”.

Despite receiving criticism for promoting supernatural content on the small screen, Naagin 3 continues to wow the audience. The formula love story combined with mystery and magic has been working well for the audience.