Shehnaaz Gill and Sidharth Shukla posed together for the paparazzi as they returned from their quick New Year vacay in Goa. How good they look together!

Rumoured couple Sidharth Shukla and Shehnaaz Gill returned to Mumbai after a New Year vacay in Goa. The couple looked all happy and cheerful as they flashed their million-dollar smiles for the paparazzi outside the airport. Shehnaaz and Sidharth were clicked late at night on Saturday as they jetted out of the Mumbai Airport looking best in their casual outfits. While Shehnaaz wore a pretty pink sweater with a pair of white denim, Sidharth rocked a bright orange T-shirt with a pair of basic denim.Also Read - Shehnaaz Gill-Sidharth Shukla Dance Together at New Year Party in Goa, Cute Video Shows Him Pulling Her Cheeks

Both of them wished a Happy New Year to the photographers and also posed for the cameras. Though as opposed to what their fans want, they avoided posing romantically and kept a slight distance. Check out these photos: Also Read - Shehnaaz Gill Steals The Show In Rocky Star’s Rs 97K Floral Dress, See PICS 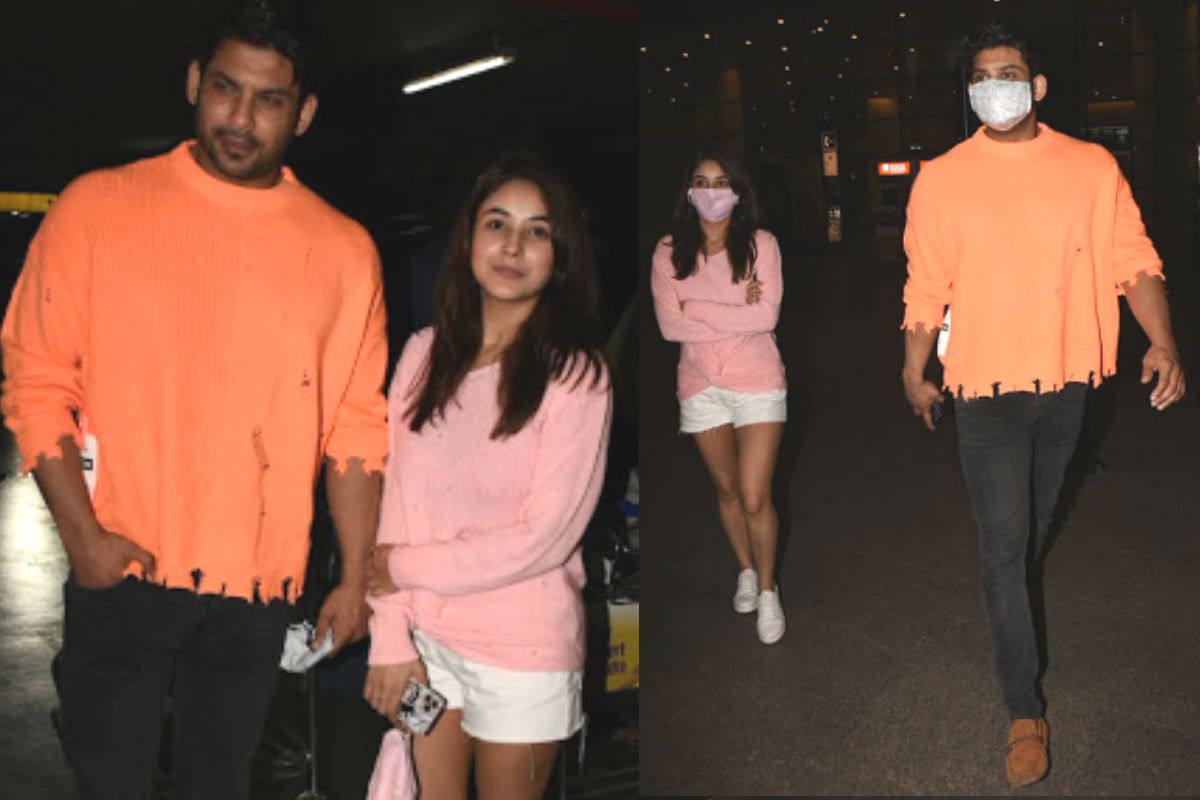 Sidharth and Shehnaaz are a hit among their ones. They are probably the most popular couple that has emerged out of Bigg Boss. While Sidharth was the winner of Bigg Boss 13, Shehnaaz won the audience’s hearts like no other contestant did before. Together, they have featured in two music videos so far. And if the buzz has anything to believe, they are going to feature in their third music video together. Also Read - Shehnaaz Gill And Salman Khan Perform Jaw-Dropping Dance Moves on Romantic Track in Bigg Boss 14-Watch

Meanwhile, Sidharth and Shehnaaz had a lot of fun in Goa as they rang in New Year together. The couple’s pictures and videos went viral all over social media. In one video, Sidharth was even seen pulling Shehnaaz’s cheeks as they both danced together to ‘Teri Bhabhi’ song from Varun Dhawan’s Coolie No. 1. What do you think of their pairing?