While speaking to india.com, Sunil Nagar said he has no family and he doesn't want to impose himself on anyone but he has got nothing left to even fulfil his basic day-to-day needs. Read on.

Mumbai: Actor Sunil Nagar is one of the worst-affected people in the entertainment industry during the COVID times. A photo has been circulating on social media mentioning his bank details and urging people to help him financially. When india.com contacted him to verify the news, he confirmed saying “I didn’t want to ask anyone for help but the situation is not good.” Nagar, who has been working in the industry for over two decades, has run out of savings owing to the loss of work during the pandemic. He mentioned that he had his own house in the Oshiwara area of Mumbai but he had to give it away due to personal issues and now he’s living alone in a rented flat in Mumbai without funds to support even his basic expenses.Also Read - Viral Video: Woman And Kitty Play Red Light Green Light From Squid Game. Watch

“The time is such… I don’t know whom to blame. I had earned a lot when I was working. I did many hit shows and I worked in many movies. People liked my work, they gave me more work. But today, there’s no work for even the best of us in the industry. I am also a trained singer. So a few days back I got an offer to sing at a restaurant where they were also taking care of my day-to-day expenses but then the lockdown was announced and that restaurant was shut down. I am unable to pay my rent for the last few months.” said Nagar. Also Read - Angry Bride Cancels Wedding After Groom Turns Out Bald

The actor who was seen in TV series like Shree Krishna, Om Namah Shivay, Shree Ganesh and later in Qubool Hai among others, added that he talked about his condition to one of his friends who’s a casting director and he ended up sharing the picture on social media. “He ensured me that this was the best way to seek help. CINTAA also reached out to me and I told them that I am going through a terrible financial crunch and they have also ensured help but I don’t know how long will that take. I’ve written an email to them. I am all alone in this rented flat. I have used all my savings in the last one-and-a-half-year,” he said. Also Read - Company Asks Employees to Wear Zoom Outfits To Work, They Show Up in Pyjamas and Slippers 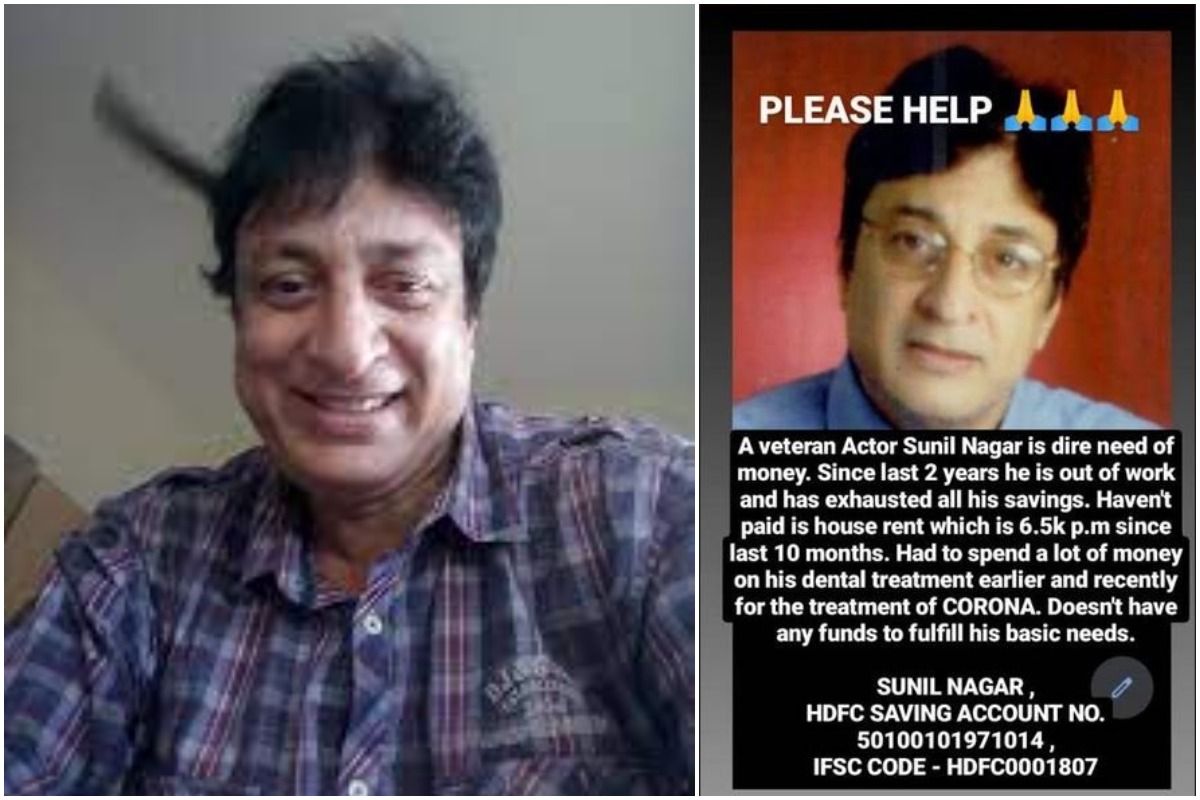 Sunil Nagar/ A picture shared by his friend seeking help

When asked about his family, Nagar mentioned that he’s all alone. His parents are not there and he has no expectations with his son. The actor said he has no complaints from anyone because they are leading their own lives and he wouldn’t want to impose himself on them but he’s unable to fathom his situation today. “I know people would think how an actor who had so much money and who had worked in such big shows can land up in such a helpless situation but that’s the truth of life I think. I went through a personal loss also sometime back. I can’t talk about it but I had to use my money there as well. My family has abandoned me. I gave the best education to my son and taught him at a convent school and here I am today. I have siblings also but nobody cares. Thankfully, I don’t have COVID right now but I have other health problems. I hope life shows me a better morning someday,” Nagar said.