Actor Shweta Tiwari is making headlines due to her personal life once again. Her estranged husband Abhinav Kohli has claimed that the couple never got separated and are still living together. He also dismissed the domestic violence allegations leveled up by the Mere Dad Ki Dulhan actor. Now, she has taken to social media to share a cryptic post where she shared few lines from a book. The text reads, “As long as the people who matter most know the truth, I don’t care about the rest. Get some sleep.” Also Read - Shweta Tiwari Denies Patching up With Ex-Husband Abhinav Kohli, Says 'Whatever One Says, It Gets Printed' 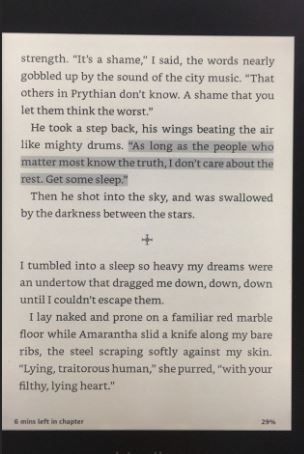 Also Read - We’re Not Separated: Shweta Tiwari And Her Husband Are Living Together, Abhinav Kohli Opens up Amid Separation Rumours

Earlier, SpotboyE spoke to Shweta about her patch-up with Abhinav and she said that she is not back with Abhinav. She was quoted as saying, “Aaj kal koi kuch bhi bol de, woh chapp jaata hai (No matter what one says, it gets printed). And this shows the capacity of lying.”

It all started when Abhinav shared the screenshot on social media and wrote, “I read a few news articles today it is not @shweta.tiwari who has made the complaint. She has not even one complaint of domestic violence against me nor a single complaint of me speaking badly to her daughter against me in the last 12 years that I know her. On the 11th August 2019 she did not complain and the complaint has been read out by DCP Sahab on the same day which is on the internet.”

Not only this, but Abhinav shared a series of post where he shared a statement by Palak Tiwari. She mentioned she was the victim of domestic abuse and not her mother. It also reads, ‘Abhinav Kohli has never molested me or touch me inappropriately’.

Speaking to TOI, he said, “I totally stand by what I said. 11th August 2019 ko joh case file hua tha woh Shweta ne nahi file kiya tha and nor has she filed any complaint ever against me. So whatever our complaint is, the DCP of our zone has made a video and is on the internet. Ok, but I don’t want to comment. I am reading the news articles which are coming out, but I will clarify everything in my posts. Whatever doubts will be there and whatever Shweta says I will clear everything on social media. I don’t want to speak about anything. You see the latest post on my Instagram and everything will get cleared.”