Sidharth Shukla’s Fan Trolls Rashami Desai For Sharing Her Picture With Him, She Gives Back Like a Boss!

Rashami Desai was asked to share a picture of herself posing with Sidharth Shukla. When she fulfilled the fan's wish, she received hatred from the fans of Sidharth Shukla who accused her of trying to gain 'footage' by posting that picture.

Television stars Rashami Desai and Sidharth Shukla have shared a love-and-hate relationship over the years. The two were a part of a hit show on Colors TV titled Dil Se Dil Tak. However, they were seen on loggerheads in Bigg Boss 13 and their patchy equation even caused many ugly fights in the show. Things turned better when the show ended and they both got back to their normal lives outside the BB house. People still have different versions of their equations though.Also Read - Shehnaaz Gill-Sidharth Shukla Dance Together at New Year Party in Goa, Cute Video Shows Him Pulling Her Cheeks

In a recent incident, Rashami was heavily trolled online for sharing a picture of herself with Sidharth from the Bigg Boss house. It so happened that the actor received multiple wishes from a fan to share a picture of herself and Sidharth in her Instagram stories. When Rashami finally fulfilled the request of the fan, a few Sidharth Shukla fans accused the actor of trying to garner attention by posting Sidharth’s photo in her Instagram stories. This irked Rashami. Also Read - Ankita Lokhande Dances to Garmi Song With Rashami Desai on Her Birthday, Kisses Fiance Vicky Jain

The actor didn’t only give back to the troll but also mentioned that she doesn’t need to use anyone to gain attention. Rashami wrote, “I think people need to use their brain. He was my co-actor. And you duffer read it I posted it on lot of request. And I don’t need “attention”. Just a reminder it’s may be…” (sic) Also Read - Shona Shona: Sidharth Shukla-Shehnaaz Gill Normalise Sexual Harassment in Song Laced With Sexist Lyrics 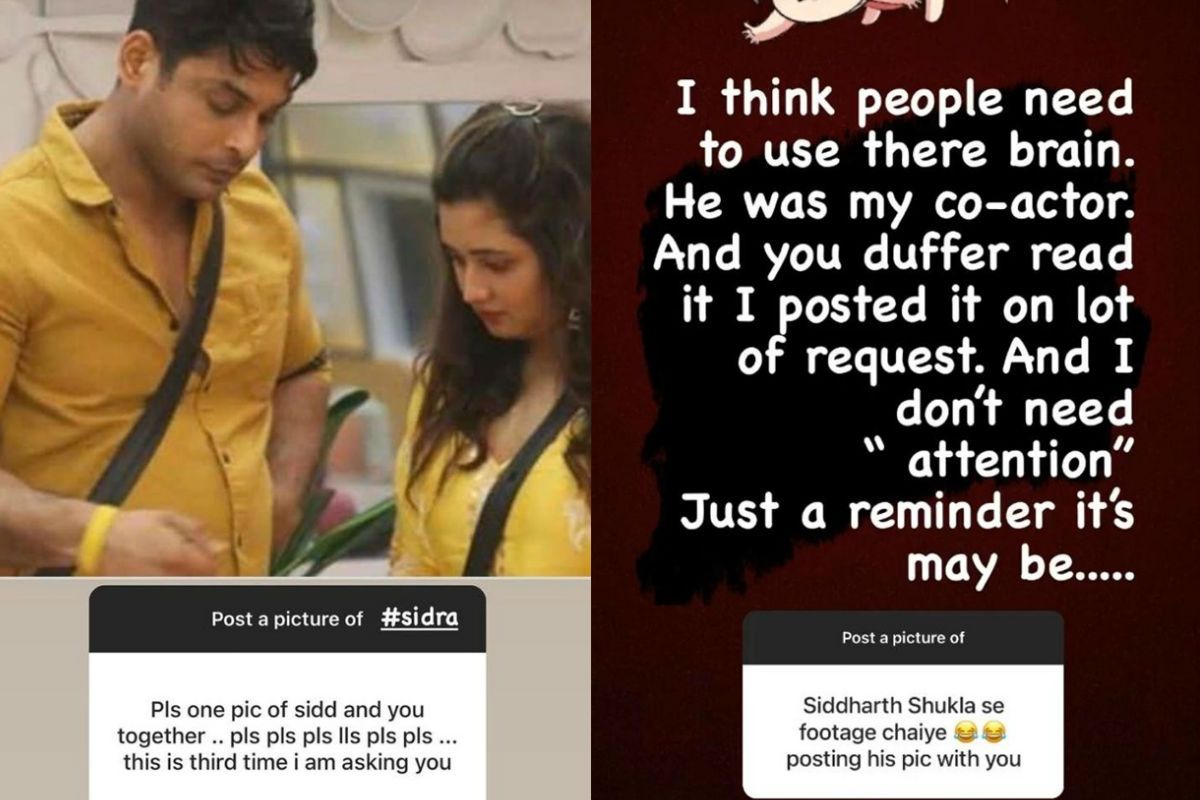 Rashami and Sidharth had dated each other in the past but they soon found out that it wasn’t working. During their stay in the house, several personal issues from the past cropped up and both ended up getting involved in a murky controversy. As soon as they left the house, they both tried to mend the differences and maintained a decent approach towards each other. They were also seen talking to each other in tweets last year. Guess the Sidharth Shukla-fans need to understand that the woman here is one of the most loved faces of Indian television and doesn’t need to use anyone for her advantage! What do you think?