Splitsvilla 11 Episode 4 Highlights: Sunny Leone and Rannivijay Singha make Rohan and Shruti confess their feelings for each other

The episode 4 of MTV Splitsvilla 11 began with a huge argument between Roshni Wadhwani and Anshula Dhawan. A lot of abuse and blames of betrayal were exchanged and the episode progressed to showing the Oracle debate. Before the grand oracle could buzz, our dear hosts — Sunny Leone and Rannvijay Singha, interacted with the contestants. Here are the highlights of the episode:Also Read - Sunny Leone Looks Smoking Hot as She Becomes Marvel Superhero And Defeats Rannvijay Singh in The Battle on The Sets of Splitsvilla 11

Rohan confessed his feelings for Shruti
So finally, it seems like we have our first star couple in Rohan Hingorani and Shruti Sinha. Both belong to MTV’s popular show, Roadies Extreme and were friends there. However, there seems a spark rising between the two in Splitsvilla 11. Shruti was asked to not fear anything and say how she feels about Rohan. She declared that she ‘really really likes him’. In return, on being insisted by Sunny, Rohan also expressed his feelings for Shruti on a cue-card and read it out to her. They hugged and the love bloomed. Also Read - Sunny Leone Looks Sexy AF in Marvel Inspired Jumpsuit And Hot Pink Lips in Her Latest Instagram Picture 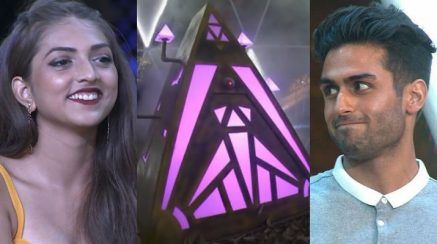 Oracle speaks
For the first time in the current season, the dreadful Oracle buzzed on its own and introduced a change in the game. It gave power to the unsafe girls of the villa, Maera and Shruti, to choose their ideal matches. While Shruti, of course, chose Rohan, Maera selected Simba. 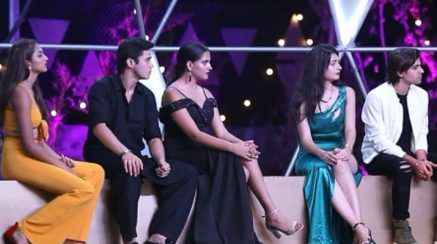 The revelation
It was the turn to face Oracle for Rohan and Shruti. The couple went to the oracle and asked, “kya hum ek ideal match hain?” [Are we an ideal match?]. The big pyramid-shaped structure, which has a lot of power, answered ‘No’. That saved Anshula, who bet the same and said that the two don’t make an ideal match.