While Salman Khan's Bharat has Sunil Grover in an important role, the actor is also producing Kapil Sharma's show

Kapil Sharma and Sunil Grover broke many hearts when they decided to separate their ways after a huge mid-air fight. Both the comedians were successful in entertaining the audience with their stints on Kapil’s show – The Kapil Sharma Show and Comedy Nights With Kapil. Now, while Kapil is bringing back with the second season of his popular show on Sony TV channel, Sunil is also gearing up for his own comedy show on Star Plus, Kanpur Wale Khuranas. Apart from their mutual love for comedy, the two still share something common. Both of them have a cordial relationship with actor Salman Khan, who is working with the two at the same time. While Sunil has an important role in Salman’s upcoming film, Bharat, Kapil’s new show is being produced by the actor. Also Read - Trending Bollywood News, March 31: Disha Patani Comments on Salman Khan's Fitness Regime, Says 'he Nails Action at This Age'

Recently, Sunil was asked about his association with Kapil and why didn’t he choose to work with him again in a show. The comedian revealed that he was already working in Bharat and his dates would have clashed had he decided to collaborate with Kapil for The Kapil Sharma Show. He also mentioned that Salman did talk to him about working with Kapil again. He told PTI, “Salman sir is producing that show. My own dates would have clashed (with Kapil’s show) as I am doing a film with Salman sir. This show that I am doing for Star Plus fitted in the window that I had.” He added, “But he (Salman) did speak to me briefly about it (bringing two of us together). We had a very casual chat about it but nothing much”. Also Read - The Kapil Sharma Show Going Off Air Amid Coronavirus Lockdown- Read Deets

Ahem ahem.. soon posting the final pictures. As they come. Don’t keep looking at the photographer only! Btw location is Malta…Shooting for the film Bharat …ya…😎 photographer’s photo courtesy Atul Sir. @beingsalmankhan @atulreellife

He also said that he has no qualms in teaming up with Kapil again. Sunil said, “Time will tell, God will tell. Right now I am concentrating on my show and hope I am able to bring a smile on everyone’s faces”. 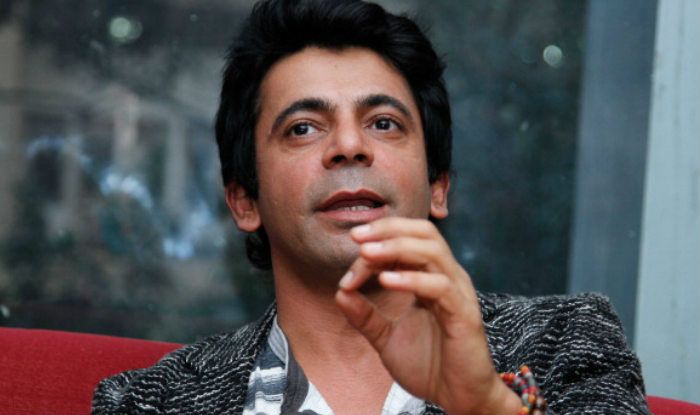 Meanwhile, Kapil’s show will reportedly be aired from December 23. The actor will be hosting his second wedding reception a day after, on December 24. He is getting married to Ginni Chatrath in a Punjabi wedding ceremony on December 12.