Twinkle Khanna hits out at Naseeruddin Shah for his comment on Rajesh Khanna.

Bollywood actress turned author Twinkle Khanna is the daughter of late actor Rajesh Khanna. Twinkle is known to express her opinion on social media. She really doesn’t care if the opposite person fails to choose his/her words carefully. Recently in an interview with a leading daily, veteran actor Naseeruddin Shah commented on the actress’ late father Rajesh Khanna and that really did not go down well with her after which she gave Mr. Shah a fitting reply on social media platform. Also Read - Akshay Kumar Wishes Wife Twinkle Khanna on Wedding Anniversary With a Post About 'Smiles' And Togetherness

In an interview with Hindustan Times when Naseeruddin Shah spoke about the films during the 70s he said, “In fact, it was the 70’s when mediocrity came in Hindi films. That’s when the actor called Rajesh Khanna joined the industry. For all his success, I think Mr Khanna was a very limited actor. In fact, he was a poor actor. Intellectually, he wasn’t the most alert person I have ever met. His taste ruled the industry.” (ALSO READ: Twitter supports Twinkle Khanna after AOL director threatens to boycott Housefull 3 for joking about Sri Sri Ravi Shankar) Also Read - Akshay Kumar's Adorable Birthday Wish For Wifey Twinkle Khanna is What You Shouldn’t Miss 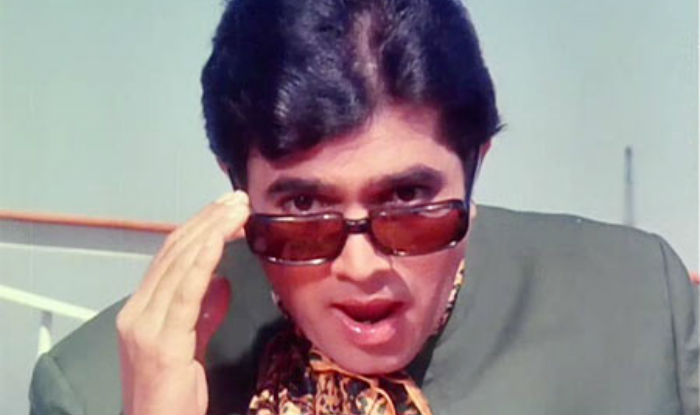 Yes, Naseeruddin Shah who does not fear to speak his mind called Rajesh Khanna ‘a poor actor’. He blamed the late actor for brining in mediocrity in films. This clearly wasn’t liked by Twinkle Khanna and to express her displeasure she took to the micro-blogging site Twitter and posted this:

Sir if u can’t respect the living ,respect the dead-mediocrity is attacking a man who can’t respond @NaseerudinShah https://t.co/4EdyWmwiNj

It wasn’t just her who disapproved of Naseeruddin Shah’s comments. In fact even Karan Johar stood in support of Twinkle Khanna and shared a post: (ALSO READ: This short film starring Naseeruddin Shah and Shweta Basu beautifully convinces you to give love a second chance!)

I agree with you @mrsfunnybones…due respect to seniority but this was in exceptionally bad taste and not becoming of a fraternity member..

This isn’t the first time that Naseeruddin Shah has landed in trouble through his interviews. But do you guys agree with what the 67-year-old actor said about Rajesh Khanna? Post your views in the comments section below.