Udta Punjab is a finely made movie about the drug problem in Punjab. The story-telling is bang on, and Abhishek Chaubey does not mince words in telling you like it is.

Even though a censor copy of Udta Punjab was leaked online days before its release, we chose to watch it in theatres. Not even at the press show, but at the first day first show of the movie in a theatre in Navi Mumbai. Disappointed as we were to see hardly 10 people in the hall with us, the movie did not disappoint us. Udta Punjab, starring Shahid Kapoor, Alia Bhatt, Kareena Kapoor Khan and Diljit Dosanjh, is a finely made movie. Abhishek Chaubey has grown as a filmmaker. His attention to detail and love for the rustic remains, going forward from his earlier outings Ishqiya and Dedh Isqhiya. Udta Punjab is exactly what it states it is – a movie about the drug problem in the Indian state of Punjab. The story-telling is bang on, and Chaubey does not mince words in telling you like it is, without being too grave. Also Read - Alia Bhatt Buys New House in Ranbir Kapoor's Building For Rs 32 Crore, Gauri Khan to do The Interiors

The movie begins with a drug packet thrown across the border that lands in the farms of Punjab, into the hands of a young worker played by Alia Bhatt (her name is not revealed in the film, interestingly). Also Read - Alia Bhatt Pens Poem For Sister Shaheen Bhatt's 32nd Birthday: You Literally Gave Me Wings, You’re My Soul Mate

Shahid Kapoor makes an entry as Tommy Singh. He is the rockstar everybody looks up to. The youth follows his every move, every hairstyle, every look, and every word from his ugly and vulgar lyrics. Tommy Singh has slowly destroyed the youth of Punjab, and his own life, because of drugs. But he is not the one who started it, neither the one to finish it. Also Read - Kareena Kapoor Khan Tries Her Hands at Pottery With Taimur in Rs 2k Striped Sweater

Alia’s character, when she finds out she has three kilos of heroin in her hand, sets out to sell it for quick money. Unaware of how the drug mafia works and of her own safety, the young farm worker who was once a hockey player is captured by the most dangerous of people. She is repeatedly drugged and assaulted sexually, and soon becomes addicted to the drugs. In one scene, Alia sings the song, translated in English as, “You are not my mother, but my enemy. You sent me too soon into exile” – the two lines sum up the sadness and grim reality of a poor little girl who is trapped in the drugs and flesh trade. 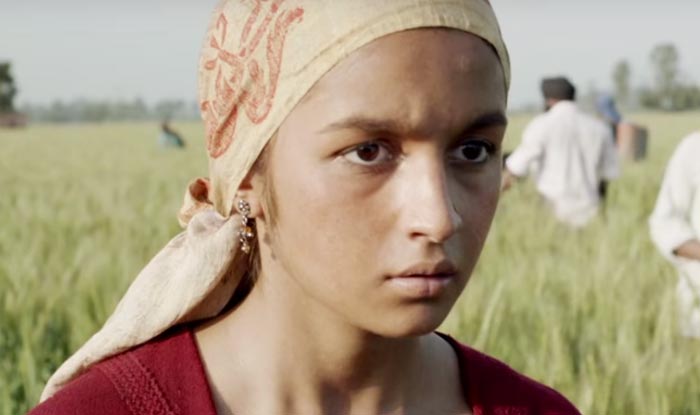 When we say we liked the fact that the name of Alia Bhatt’s character is not revealed in the film, it’s kept a mystery even to Tommy Singh, we think what it really denotes is the many women (and some men) who have suffered or are suffering the same plight as hers due to whatever situations in life.

Meanwhile, Tommy is battling his own demons and is unaware of the damage he has done to his impressionable fans. The movie follows the fans’ story as much as Tommy’s. The rapper rises, falls and rises again, in the process destroying a lot of lives.

The trains of Shahid and Alia, or Tommy and the nameless ‘Mary Jane’, meet only towards the end. Their first interaction is very interesting. Both are running away from something, but she is the hero there, saving him. He repays her in the end. Thankfully, in the end, Tommy’s just a good boy who went astray because of fame achieved too early. 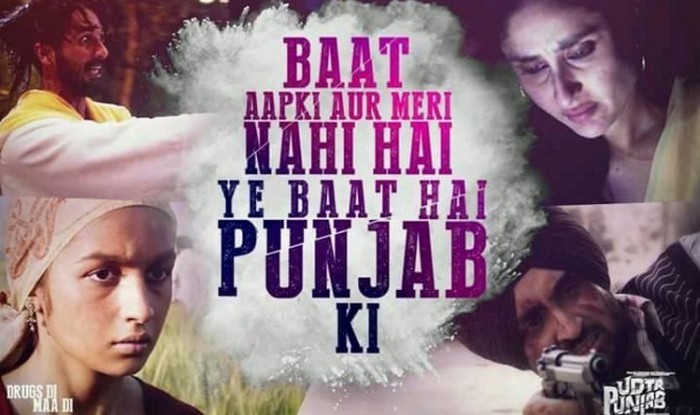 Diljit Dosanjh plays the police officer whose brother is a druggie, and Kareena Kapoor Khan is the doctor who comes to his rescue. The cop and the doc play a fine pair of detectives, like in Nancy Drew and Hardy Boys novels, not realising the danger they are putting their lives into. Their attraction to each other only spoils the seriousness of the issue at hand, with them behaving like lovebirds while discussing a grave topic. Maybe Diljit and Kareena could have played down that part, but otherwise they have done a good job, especially Diljit.

As for the Udta Punjab box office fate, we don’t know, really. Maybe because it was leaked online or maybe because it was A-rated because of the expletives in every dialogue, there was not even the usual college crowd inside to watch a movie based on drugs, music and the most controversial rap star of our times, Yo Yo Honey Singh. But it is not really for Honey Singh haters or lovers – Udta Punjab is not about him. It is about drugs and the havoc it has caused in the lives of countless young men and women, who are disoriented and lost and their families destroyed.

Verdict: Udta Punjab is a film worth watching, and in the theatres. No masala, no songs used without situation, and an actual, real story with no comedy thrown in for ‘relief’. Neither is it unnecessarily depressing and is not like a documentary. It’s just right. (There may be references to other movies, but films on drugs will have some things in common, we feel.) Udta Punjab has turned out well, and it’s good news for Shahid Kapoor, Alia Bhatt, Abhishek Choubey, Diljit Dosanjh, Kareena Kapoor Khan, Anurag Kashyap and Ekta Kapoor. Take a bow.