Uma Thurman celebrates her 43rd birthday: A look back at some of the most successful onscreen chemistries!

On the eve of her 43rd birthday, let’s take a look at the most mind – blowing chemistry that she and her co – stars shared till date 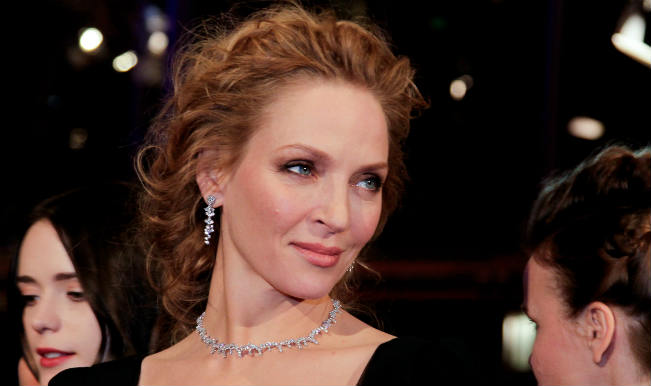 Uma Karuna Thurman was born on the 29th of April, 1970 in Boston, Massachusetts. Starting her career at the early age of 15, she has come a very long way. Initially starting work as a model at Glamour and Vogue, her movie debut took place in the year, 1988. The most successful among the first four movies that she appeared in was an Oscar-winning drama called Dangerous Liaisons. It was in the 1990’s that, Thurman’s career took a fast ride upwards. Thereafter, there was no turning back for her. Also Read - Multiple Batman, Multiverse! Michael Keaton, Ben Affleck, Robert Pattinson To All Play Batman in DC Films in 2022

On the eve of her 43rd birthday, let’s take a look at the most mind – blowing chemistry that she and her co – stars shared till date:- Also Read - The Batman Star Robert Pattinson Gets COVID-19 in London, Shooting Paused

Quentin Tarantino’s Pulp Fiction is undoubtedly one of the greatest commercial successes in the history of crime movies. The film, having been nominated for seven Oscars, including Best Picture, not only revitalized John Travolta’s career but also gave a hard push forward to Uma Thurman’s influence internationally as well. Vincent Vega (John Travolta) and Mia Wallace (Uma Thurman) share quite a lot of time on – screen together. How can we miss the famous twist that they fizz across the dance floor! The Washington Post had written that Thurman was “serenely unrecognizable in a black wig, [and] is marvelous as a zoned-out gangster’s girlfriend.”

Quentin Tarantino surely does get the best out of Uma Thurman because her next best success was another action thriller called Kill Bill. The story of Kill Bill follows a character initially identified as “The Bride”, a former member of an assassination team who seeks revenge on her ex-colleagues who massacred members of her wedding party and tried to kill her. Kill Bill was a massive success mainly due to the excellent chemistry that the late, David Carredine (Bill) had with Uma Thurman.

Uma Thurman also starred in quite a few romantic comedies, one of them being My Super Ex – Girlfriend. Directed by Ivan Reitman (No Strings Attached), the movie garnered $8,603,460 in its first weekend and ranked #7 in the American and Canadian box office.  Everyone enjoys a spontaneous yet amusing American comedy!

THE ACCIDENTAL HUSBAND – with Colin Ferth and Jeffery Dean Morgan

The Accidental Husband is a 2008 American romantic comedy film directed by Griffin Dunne, and starring Uma Thurman, Jeffrey Dean Morgan, Colin Firth, Isabella Rossellini, and Sam Shepard. It made $20,745,939 in its first weekend. Moreover, it is even being considered for an Indian remake.

Bel Ami is based on the 1885 French novel of the same name by Guy de Maupassant. Directed by Declan Donnellan and Nick Ormerod, Uma Thurman is seen playing Pattinson’s secret love interest in the movie. In fact, Pattinson even paid tribute to Uma Thurman and gushed about how much he enjoyed working with her.