Karan Johar's Ungli has an impressive and a very interesting start, maintains our reviewer Akshata Shetty who is watching this movie at a special screening. Here's  what Akshata had to say about 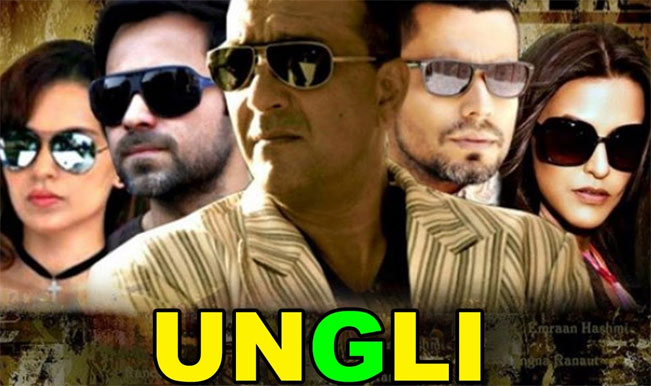 Karan Johar’s Ungli has an impressive and a very interesting start, maintains our reviewer Akshata Shetty who is watching this movie at a special screening. Here’s  what Akshata had to say about the movie. She quickly sent us the interesting plot of the film, as she aneaked out at the interval to tell us the story so far.  “A retired old man who has been making trips of the pension office only to be harassed by the corrupt government officers for bribe. The Ungli gang including Maya (Kangana), Abhay (Randeep), Gautam (Neil) and Kalim (Angad) group up to teach a lesson to the officers. Well, the story doesn’t end here as the group goes on to attack such corrupt officers and politicians to show them their right place,” Also Read - Emraan Hashmi on Sushant Singh Rajput's Death Case: My Heart Goes to The Family, It Has Turned Into Toxic Social Media Circus

Akshata further adds “Nikhil (Emraan hashmi) a lazy police officer is being suspended from the bomb squad department for his nasty activities. Ashok kale (Sanjay Dutt) a senior police officer comes to Nikhil’s rescue. Kale having understood Nikhil’s strange habits decides to use him to crack the Ungli gang case. The movie is very interesting and will surely keep you engagged. Power packed performance by the actors, comic timing and the most discussed topic ( corruption) make Ungli an interesting to watch indeed.” Also Read - Emraan Hashmi on Being a Fan of Amitabh Bachchan: I Wouldn't Sit Down to Eat Unless Sholay or Mr Natwarlal Played