KJo's Ungli brings you a refreshing yet unique blend of action, drama, comedy and romance. 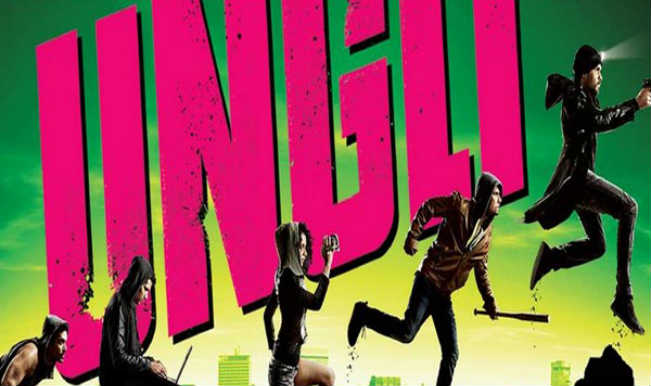 A gang of four; Maya (Kangana), Abhay (Randeep), Kalim (Angad Bedi) and Gautam (Neil Bhoopalam) are all set out to take the law in their hands, since the concerned authorities don’t do their duties. Right from government officers taking bribe to the adamant politicians, everyone gets a taste of Ungli gang’s smart lessons. The first half of the movie will keep you gripped to your seats with successive or say rather interesting events taking place. Emraan Hashmi (Nikhil) makes a late but impressive entry as a clueless police officer, who doesn’t like his job. Ashok Kale (Sanjay Dutt), a loyal ACP, is handed over the case of Ungli gang which by now has created havoc in the city with their vigilantes. Also Read - Sanjay Dutt Health Update: Family Member Says ‘Went For Test Today, Results Have Come Out Very Good’

Ungli’s gripping concept will surely grab interest of the young audience, as the movie revolves around the prevalent corruption in our systems. It clearly reflects the deep desire in everyone to fight back, the need to revolt the practices in our system. Though the tricks used in the movie are totally unrealistic, you will surely feel the joy when Ungli gang succeeds in their attempts to bring out a change.

Ungli, surely delivers a strong message to the Indian youth to collectively stand up and fight for their rights. But it doesn’t suggest a rightful or a reasonable way to do so. The climax of Ungli will remind you of the peak moments of Singham and A Wednesday, though the film makers have tried to incorporate lot of innovative aspects to make the movie appealing to watch. (Read Ungli Pe Nachalein song teaser: Emraan Hashmi indulges in dirty dancing!)

Composed by Salim-Sulaiman, Sachin-Jigar, Gulraj Singh and Aslam keyi, the music and songs of Ungli are soothing to ears. Despite having cliched dialogues, the power packed performance of the actors and the unique concept make the movie all enduring till the end. All in all, the director of Kurbaan and 24 TV series brings you a refreshing yet unique blend of action, drama, comedy and romance.