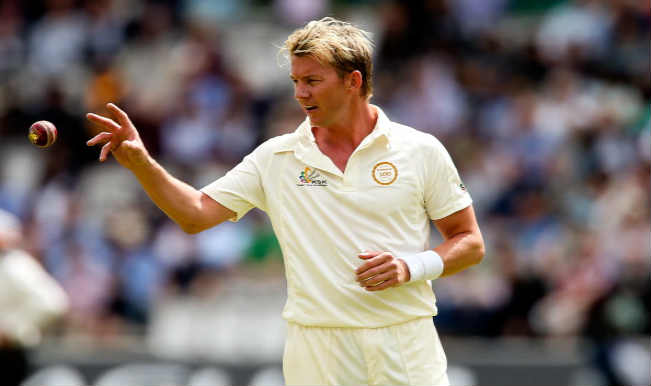 Also Read - Abhishek Bachchan Says, 'I Am Concerned When My Films Don’t Do Well' | Here's Why

New Delhi, Sep 7: Indian-origin filmmaker from Australia Anupam Sharma says his upcoming film ‘UnIndian‘ is on the lines Gurinder Chadha’s ‘Bend It Like Beckham’ and will provide a sneak-peak into the lives of Indians living down under. The 2002 British comedy-drama was the story of Indians living in London and Sharma says just like Chadha’s film, his next is a quirky comedy about how NRIs cope in foreign land. Also Read - Arjun Kapoor Buys a New Car - Land Rover Defender Worth Rs 1 Crore | See Pics

“It is a quirky romantic comedy about how Indians define India outside the country. It is also a take on the Australian phrase of UnAustralian. It is like Gurinder Chadha’s ‘Bend It Like Beckham’ from Australia,” Sharma told PTI. ‘UnIndian’ was announced by Australian Prime Minister Tony Abbott in Mumbai on Thursday and will be produced by the recently established Australia India Film Fund (AIFF). Also Read - IPL 2021: Will Cheteshwar Pujara Do Well in T20s? Brett Lee Responds

The Sydney-based film stars former Australian cricketer Brett Lee and Tannishtha Chatterjee and will go on floors next month. Sharma, who is also an actor, producer and author, said he decided to zero down on Lee and Chatterjee for ‘UnIndian’ as he felt the duo is the perfect combination of art and commerce.

“Brett has a huge following in India. He has already charmed the Indian audience. As for Tannishtha, we wanted someone with an international profile, someone who was willing to take some risks. “People in India may not realise but internationally she is very well renowned. She opposite Brett is an ideal combination of commerce and art. The actor and the star will both feed off each other,” Sharma said.

Sharma, as head of Films and Casting Temple, has produced the Australian shoots for Bollywood films like Farhan Akhtar’s ‘Dil Chahta Hai’, Akshay Kumar-starrer ‘Heyy Babyy’ and ‘Love Story 2050’. When asked why he did not approach any Bollywood actor for his movie, Sharma said he did not feel anyone would fit in the role but added that he is open to working with stars in his future ventures.

“When we were looking for actors especially for a film like this, I was looking for people who are easy to work with, who have the elements of commercial viability for this particular film. We did not require any star for this movie. If ever required I will definitely try and convince them to be a part of my films,” Sharma said.